More Gun Control? Sure, But That’s Not the Fix

More Gun Control? Sure, But That’s Not the Fix February 16, 2018 Fr. Dwight Longenecker 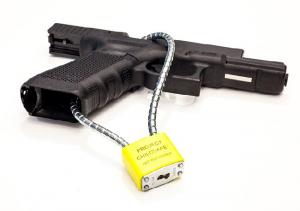 Let’s face it, why does anybody need a semi automatic rifle? Have a shotgun or a rifle if you need one for home defense and carry a pistol if you must, but keep the guns small and with limited bullets before you have to re-load, and limit the number of guns a person can have, and do more background checks, get their doctor and priest or somebody sane to sign off on the permissions. Make them wait longer before they can buy a gun.

Put in all sorts of common sense measures if you want. I’m not opposed to it. I reckon they would be a good thing.

Sure it will help, but its not going to solve the problem

Have you checked the suicide statistics? Go here if you’re interested. The rate of suicides of white males between the ages of 25-65 are terrible.

Then stop to think about these shootings. Most often the gunman turns the gun on himself after killing as many people as possible.

This is not just a senseless mass shooting. This is mass suicide. Its the Jim Jones death cult in which a guy not only kills himself but takes as many others with him as possible.

If I’m right, then this problem is not solved by a few gun control laws. By all means have more gun control. Great. Go ahead and confiscate the guns if you want. I don’t mind. But don’t imagine that you will solve the problem because the problem is much, much deeper and much much more terrifying than that.

Because I reckon for every crazed gunman who follows through with his suicidal, murderous intentions there are another twenty out there thinking similar thoughts and who are in a similar dark, dark place.

Why are so many men in a suicidal-murderous state of mind? In my opinion the problem has many contributing factors: unemployment, divorce, increased mobility, no family, no kids and grandkids (often on purpose) no church, no faith, no job, no neighbors, no nothing.

They live in a black hole and drag others into it.

Why is this a theological question? Because nihilism is the dark underbelly not only of modern philosophy and relativism, but it is also the dark underbelly of the sappy New Age nonsense on sale by people like Ophrah and the rest of the “Eastern thinkers”

Nirvana is Nihilism. Nihilism is your Nirvana.

I’m sorry to be the voice of one crying in the wilderness, but the stark fact of the matter is that the broken suicidal men with guns are simply showing us who we really are and what we have become.

So until we are ready to face the heart of darkness in our sick, sad and sinful society we’ll keep on seeing some men acting out the horror and bringing our shared inner hell out into the open in a hail of bullets.

What do I think can be done about it?

I think the only answer is for as many people as possible to take responsibility for their families and their churches and their communities–to build intentional communities of caring, extended families circling around a community of faith, love and support, and then gradually, eventually and hopefully–bit by bit, brick by brick a new Christendom will be built. 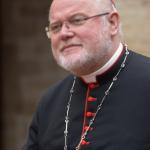 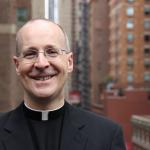 February 19, 2018 Correcting Fr James Martin SJ
Browse Our Archives
get the latest from
Catholic
Sign up for our newsletter
POPULAR AT PATHEOS Catholic
1

Living Lent as a Lifestyle
“Stop judging and you will not be judged. Stop condemning and you...
view all Catholic blogs
Copyright 2008-2020, Patheos. All rights reserved.