A Catholic Anglophile on the Royal Wedding

I guess I can take the label of Catholic Anglophile.

I moved to England in 1979 to study theology, became an Anglican priest, then converted to the Catholic faith.

What do I think of today’s royal wedding?

Well, part of me can’t help noticing that red-haired prince Harry married a divorced woman in St George’s Chapel, Windsor where King Henry VIII–another red haired royal with errm. “controversial marriage habits” is buried. Not far away in Frogmore Royal Cemetery within the grounds of Windsor Castle the Duke of Windsor–who married American divorcee Wallis Simpson–is buried. What did Mark Twain say, “History doesn’t repeat itself, but it echoes.” Happily, Miss Markle–now the Duchess of Sussex–will be able to keep her head if things go wrong. Nevertheless, while we’re noticing royal historical co incidences, May 19 is the anniversary of the beheading of Anne Boleyn.

Regarding royal weddings and royal beheadings: “That which God has joined together let no man put asunder.”

But what really interests me about the royal wedding are two things which do not necessarily seem connected, but which are linked at a deep level.

First, it shows that people still love fairytales. They are not so much attracted to Harry and Megan as they are to the archetypes enacted. The prince in his military uniform stands not only for royalty, but also for the true man–the soldier, the warrior, the protector of the people and the protector of his bride and family. The bride–a girl plucked from ordinary life to be the consort of the king. She wears the white dress and is presented as the virgin bride. This symbolism runs deep in the human heart. It is the story of Cinderella, the story of the Virgin Mary, the story of every girl who longs for a glorious wedding day.

Furthermore, there are other ancient fairytale symbols at play. The press has cast Princesses Beatrice and Eugenie as the “ugly sisters” while Camilla played the role of the evil stepmother when William and Harry were younger. Fergie lurks unseen as some ghastly witch who might curse the whole happy scene, while the other royals play their various symbolic roles. The clergy retain their ominous, serious tone as court magi, holy men and wizards while the little children bridesmaids and pages flit about like renaissance putti come alive.

It is easy to dismiss this kind of analysis as so much intellectualizing, but it is real, and what interests me most is how these symbols live and connect deeply with ordinary people. They don’t know they are connecting–they are just drawn to it all irresistibly by some deep magic from before the dawn of time. The magnetism is sub conscious and all the more powerful for that.

The second thing is connected to the first, and that is the sense in which the people are drawn to pageantry, ceremony, ritual and liturgy. It is through ceremony and ritual that these fairytale symbols live and move and re vivify the imagination. Therefore the ancient chapel, the horse and carriage, the crown, the scepter, the miter, the crozier, the ring and the throne are all brought to life through ritual and ceremony and liturgy.

You can see where I am going with this perhaps.

I believe the liturgy of the Catholic Church (and other liturgical churches like Anglican) should also connect us with these deeply rooted symbols of the subconscious. It is through a solemn religious ritual that the roots of our imaginations are refreshed and we connect with deeply resonant roots of our humanity. There we connect with the Father, the Mother, the Lamb of Sacrifice, the brotherhood of humanity, the horror of sin and the rituals of redemption.

This is why a banal liturgy with happy clappy choruses played on a guitar by a hippie in sandals simply doesn’t do the trick. This is not just because it is shallow and tacky. This is not an argument from aesthetics, but from depth psychology of the human person.

This is why a flat, fan shaped cement carpeted parking garage of a church is not only ugly, but destructive of that ceremony and liturgy that should take place within it

This is why lay people in street clothes slouching about the sanctuary doesn’t cut it–not because we don’t like ordinary folk and we are uppity, but because the liturgy, like the royal family, is something majestic and mysterious.

My take on the royal wedding? I don’t have much interest in the royals as individuals.  May God bless ’em. But I’m glad the Brits keep alive the ceremony and the royalty because it helps connect us to the deep down things. 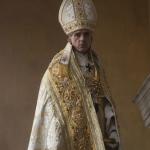 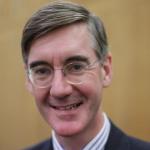