The Collusion and Confusion of Catholic Bishops

What is to be made of the increasing moral confusion and seeming collusion of the Catholic bishops in the new wave of sexual scandals?

Ed Condon at Catholic News Agency outlines the problem here. He points out that the case of Cardinal McCarrick is just one of a number of scandals on the level of bishops, archbishops and cardinals. Commenting on the Pineda resignation and the McCarrick scandal he goes on to say,

Many had hoped that Church was seeing an end to the litany of sexual abuse scandals which rocked it during the first ten years of the millennium. Instead, there seems to be a new generation of scandals, in which abuse of adults, especially seminarians, and financial impropriety are the main offenses.

But perhaps the most important difference between today’s scandals and those of the early 2000s is that they concern bishops and cardinals, not priests. The differences between how these cases are handled, and their impact on the Church, is considerable.

We are now in a situation that is unprecedented in the modern church. In the research for Triumphs and Tragedies— my twenty part podcast series on the history of the church– I have, of course, come across financial and moral corruption in the church. In the ninth and tenth centuries the papacy was controlled by the mafia and the corruption was rife and unashamed.

Today, however, we have a global church and instant global communications. As Condon points out, the Vatican has to tiptoe through a minefield of accusations from Chile, to Honduras and from Washington DC to England. And doubtless there is more where that came from.

The difficulties in this situation are complex. If a bishop is expelled he may very well, like Archbishop Milingo set out on his own and start consecrating renegade bishops, and that leads to a proliferation of little schismatic churches all with bishops who, technically, have valid orders.

Apostolic succession and valid orders of bishops and priests is a closely defended treasure of the Catholic Church, and naturally when such schisms take place the apostolic orders are then diffused and continue to spread into the future.

Condon also highlights the culture of silence. If a bishop was accused the hierarchy closed ranks.

A chilling culture of silence regarding allegations of sexual misconduct in the Church has been exposed. In addition to the well-attested fear and shame felt by victims, both accusers and authorities who should have helped them often keep silent for fear of scandal. The hesitation to “hurt the Church” by making allegations public has led in many places to a culture of winking tolerance of sexual misconduct by senior clerics. By allowing more victims to be hurt in the meantime, this silence leads to the eventual scandal being all the more grave.

When the scandal does blow up what is done about it? The bishop resigns, or if retired, is removed from ministry and then goes to live quietly in a house provided by the church.

Perhaps the most likely example that could be followed is that of Kieran Conry, who was forced to resign as bishop of the English diocese of Arundel and Brighton at the age of 63 in 2013. Conry’s resignation was prompted by a string of inappropriate relationships with women, which were also common knowledge among the English hierarchy at the time of his appointment. Since then, he has been living in a church-owned house in southern England and out of public ministry. Cardinal O’Brien lived in similar conditions until his death in March of this year; while he resigned the “rights and privileges” of a cardinal, he was allowed to keep the title.

Is this sufficient punishment? Many would think not, but on the other hand, we have to balance outrage with justice. While the offenses are creepy they are usually not criminal. We should remember that for a man–especially a priest–to have his secret sins on public display and to be disgraced is a severe humiliation.

In addition to the sin and scandal Condon points out the more pervasive problem:

Indeed, the great scandal, which remains unaddressed in all these cases – Pineda, McCarrick, Barros, O’Brien, Conry – is the extent to which other bishops were aware of the allegations against them and did nothing. Expressions of surprise, sorrow, and sympathy for the victims seem almost robotic at this point. Until such time as bishops who ignore misconduct among their peers are held to account for their effective complicity, there seems little hope that the cycle of scandals will be broken.

In acknowledging these problems we should also step on the brakes and remember that most of the priests and bishops are hard working, good and honest men who are doing their best in what are very stressful and disturbing times. Pray for them not to be devoured by the wolves. 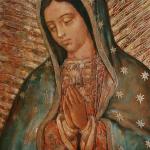 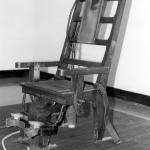 August 3, 2018 Does This Mean Death for the Death Penalty?
Browse Our Archives
Follow Us!