Yes, Jesus Really Was Born in Bethlehem on December 25

There is an increasingly silly notion going around that Jesus never really existed, and if he did the stories about him in the New Testament are sort of like Johnny Appleseed legends and have as much to do with the historical Jesus as the Disney film has to do with a real life Native American called Pocahontas.

At Christmas especially the stories get all mixed up in people’s minds with all the other charming tales we tell the children. Shepherds and angels singing in the starry sky, a little baby, exotic wizards who followed a magical star…it all gets mixed up with flying reindeer, a mischievous elf who pops down the chimney, Scrooge, the Grinch, chestnuts roasting on an open fire, Home Alone and the Ghost of Christmas past…

So stop for a moment and consider the history. In this post I showed how the evidence we do have from ancient times confirms the date of December 25.

In this post I explained how the shepherds were more than country bumpkins, and in my book Mystery of the Magi I use up to date research to explain who the Magi were and why they came to Bethlehem. A summary of my findings is here.

Where was Jesus born? In Bethlehem of course, and there is no reason to doubt it.

Go here to read why common sense and the evidence from the second and third centuries confirm the traditional place of the birth of Jesus Christ. 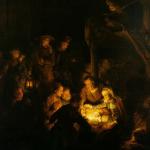 December 21, 2018
The Bethlehem Shepherds Were Not Just Country Bumpkins
Next Post 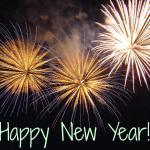 December 31, 2018 Christmas? Pagan? No But New Years Day Is
Browse Our Archives
Follow Us!

"I am Not Your Negro": Crossing Racial Divides...
I first discovered James Baldwin one summer night as I was perusing...
view all Catholic blogs
Copyright 2008-2020, Patheos. All rights reserved.