He set up the Center for Medical Progress as a front to infiltrate the Planned Parenthood abortion regime. Posing as a potential buyer, he met with Planned Parenthood executives and dickered with them about prices for livers, hearts, brains and other body parts from aborted babies. He recorded the meetings. And published the videos on YouTube.

The shocking films show calloused Planned Parenthood executives calmly discussing how they perform abortions with the intention of salvaging particular body parts. The gruesome videos reveal not only the details of how they tear the unborn child apart, but also what prices they expect for the most valuable organs.

David was immediately hit with legal action. He has already won a suit brought against him by StemExpress, one of the companies that trades in fetal body parts. David and his legal team also defeated an outrageous lawsuit by Planned Parenthood in Texas.

In California, Planned Parenthood and the National Abortion Federation are pursuing two federal lawsuits against Daleiden in San Francisco federal court. The judge in the case is William Orrick III. Orrick founded, ran and funded a Planned Parenthood clinic in San Francisco. Orrick should step down from hearing this case. He’s biased. He has refused to do so. His fellow judges should hold him to the responsibility to recuse himself. They have turned a blind eye.

Part of the legal proceedings against Daleiden included a gag order. Judge Orrick forbade him to publish some of the most damning videos of Planned Parenthood’s top executives.

Then Planned Parenthood, with their allies in government, launched another attack. The California Attorney General Kamala Harris (who is now a senator and Democratic  presidential contender) prosecuted David under a state law which forbids the recording and publication of confidential conversations.

In a recent statement Daleiden points out, “Not a single other undercover journalist has ever been prosecuted under the California video recording law, and they record and publish hidden camera stings on a weekly basis. My case is the first and only one, because it is Kamala Harris’s politically-motivated attack on my First Amendment rights to benefit her friends and donors at Planned Parenthood.”

To put it simply, Planned Parenthood’s cronies in the California Attorney General’s office are trying to use the secret, unreleased videos that Judge Orrick banned from publication as the evidence to prosecute Daleiden. They claim the videos breached the rule of recording and publishing confidential conversations.

The videos were not confidential. They were all recorded in public places. Bystanders could easily have overheard the conversations. When the lawsuit was brought against him, Daleiden’s legal team went into action and filed the banned videos as evidence. The films proved Daleiden’s  conversations with the baby body parts merchants were not confidential and did not break the law.

That upset Judge Orrick, Planned Parenthood and the National Abortion Federation folks. They decided that Daleiden’s legal team violated the judge’s gagging order about the videos when they submitted them as evidence in their case.

Consider this for a moment: The same videos the judge banned—the videos that are being used to prosecute Daleiden for recording confidential conversations—are not being allowed as evidence for Daleiden’s defense!

Because Daleiden’s legal team submitted the videos as evidence Judge Orrick has slapped Daleiden with a fine of $195,000 for contempt of court. Daleiden’s team appealed the decision, but the notoriously biased and liberal 9th Circuit declined to hear the appeal until the end of the lawsuits.

The fine stands. Therefore Daleiden and his team have set up a Go Fund Me account to raise the outrageous sum of $195,000 to pay up. You can learn more about the case and contribute to the cause here.

Daleiden’s case is a perfect example of how persecution of Christians is already taking place in America. In other tyrannical regimes the police turn up at three in the morning. People disappear. In the United States the persecution is through social media, pressure to conform at work, threats by mainstream media, lawsuits, legal action, fines and financial ruin.

Read Dwight Longenecker’s blog, listen to his podcasts, browse his books and be in touch at dwightlongenecker.com 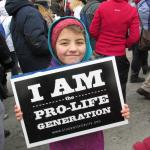 May 16, 2019
Alabama's Abortion Bill and What It Means to Be Pro-Life
Next Post 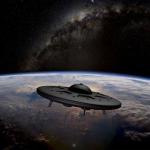 June 16, 2019 Are UFOs Real?
Browse Our Archives
get the latest from
Catholic
Sign up for our newsletter
POPULAR AT PATHEOS Catholic
1