It’s much the same old story: unidentified flying objects zoom are spotted zooming about in the sky at incomprehensible speeds and performing stunts that are impossible according to known technology and physics.

Co incidentally I have been listening to an episode on a podcast during my walk about UFOs, and what interests me about all the discussions is that almost universally, the discussions focus on materialistic answers. They assume the UFOs must be like our airplanes and drones only a little bit different. They speak about “advanced technology” and assume these objects are are from “a more technologically advanced civilization.”

I don’t think so. Instead, I think UFOs are a great example of what Patrick Harpur in his classic book Daimonic Reality. The short version is that the whole range of paranormal manifestations–from Bigfoot and UFOs, alien visitations, fairies, little people, poltergeists etc. are from the realm of what he terms the “daimonic”. This should be distinguished from what Christians call the “demonic.”

The question “Are UFOs Real?” therefore takes us into another question, “What is Reality?” Harpur’s book proposes the existence of what might be termed an intermediate reality between the invisible realm and the totally material realm. This reality is linked with our shared human consciousness, and from time to time we perceive these “realities” as semi physical manifestations. They certainly look and seem real to us, but they are not real in the same way other physical things are real. Furthermore, they do not have an existential reality apart from our human consciousness.

Another way to put this is that these things come from the realm of the collective unconscious. They come from the same realm that our dreams originate. You could say they are “figments of our imagination” except that phrase has too many negative connotations…as if it is only in the mind. They are not “only in the mind” because they are more than that. Something might be captured on camera. A footprint might remain. There could be scorch marks on the earth where the UFO landed. The person may have wounds on the body where the alien operated on them.

However, what you will not do is capture an abominable snowman or an alien. You will never recover a UFO from a crash sight or shoot one down. You will not catch the Loch Ness Monster or put a ghost in a bottle. They’re real, but they’re not real like that.

Harpur is also very interesting when he speaks about modes of perception. Many of the paranormal phenomena are very similar, but we perceive them according to our cultural context and preconceptions. In times past people saw fairies dancing in the field at midnight. The fairies were little people with wings and pointed ears. The people who saw them were in an agrarian culture in touch with nature. So they saw the nature spirits. We live in a technological culture with airplanes and spaceships and travel to other planets. So we see aliens. They saw strange lights in the sky they called fairy lights. We call them UFOs and assume they are spaceships from other planets.

Is all of this demonic rather than just daimonic? I think it is within this realm that the demons operate, but they are bigger and older than this intermediate realm of the daimonic. They can come through that door if you like, but they don’t live there.

What also interests me about this discussion is that people are clearly fascinated with this “other realm” but in our materialistic, secular age they neglect the very thing by which humanity has confronted this other realm, interacted with it and learned how to deal with our interface with that realm. It’s called religion.

Religion used to be about just this: the interaction between gods and men. It was about the supernatural and the rites and rituals of religion were concerned with our interaction with that realm.

However, from the beginning of the twentieth century Christianity turned its back on such things. The modernists decided that all that supernatural stuff was superstitious. We lived in a modern age where people don’t believe in such things. So they turned religion into moral, therapeutic Deism. It became a way to make the world a better place and be nicer people. They cut off the wings of angels and turned them into social workers.

This was totally misguided because modern people believe in the supernatural realm just as much as they always did. The clever people may doubt and dismiss, but most ordinary people believe in that realm and they want their religion to help them deal with it. Real religion does. Through the rites and rituals of religion ordinary people deal with the other side. They prepare for death, they conquer their nightmares, they resolve their fears and they learn to grow up and face reality in all its forms.

UFOs? They’re real, but not the way you thought. 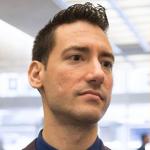 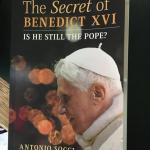 July 17, 2019 Is Benedict XVI Still the Pope?
Browse Our Archives
get the latest from
Catholic
Sign up for our newsletter
POPULAR AT PATHEOS Catholic
1