New Gods: The Future Of Paganism And Witchcraft?

Upon first glance, the gorgeous, new Grimes album, Miss Anthropocene, appears to be about a modern-day pageant queen.  After all, it’s a combination of the words misanthrope, a disliker of people; and anthropocene, the current geological age where the environment is impacted by people’s activities.

Upon a deeper dive, it’s clear that Miss Anthropocene is the new goddess of climate crisis.  As a “poet of destruction,” she declares “global warming is good.”   Her power is that of the defiant backlash against environmentalism, which has been thriving for decades.  Greed, vanity, fame, and willful ignorance have brought forth the energy of a killing goddess who encourages people to “embrace your demise, for you are the architect of it.”

Grimes doesn’t stop there–the “new god” concept of the album has been impressively fleshed out.  Every track has two names–one that’s suitable for public consumption, and one named after a new deity or demon.  There’s even a song called New Gods, with the lyrics, “hands reaching out to new gods… Only brand new gods can save me.”

Grimes isn’t the first to suggest such that new gods could be desirable or even possible.  The concept has been around as long as people have been finding new deities.

“Many Pagans worship relatively new or young gods… Just because something is new, be it a religion or a deity, doesn’t mean that it’s false or lacking in truth.  Every religion and every god starts off as “new” at some point.”

New gods have been an inspiration for fictional works as well.  This is evident in DC Comics, who published a series called New Gods starting in the 1970s.  It can also be seen in Neil Gaiman’s American Gods, with new gods including Media and Mr. World.  It’s also in the television show The Magicians when Julia becomes a new goddess known as Our Lady of the Trees.

However, new gods are not talked about much in the pagan scene.  I don’t remember seeing any workshops on them in the past several years, nor do I recall anyone mentioning them.

Perhaps it’s for good reasons.  Aine Llewellyn mentioned recently that she experienced conflict when she brought up her personal worship of new gods.

“It’s the whole ‘new gods’ thing…  I encountered people… who made it very obvious how much they hated me and wanted to hurt me because I was too ‘weird’ for them.”

–Aine Llewellyn, Am I Really A Pagan?

Even new interpretations of old gods is seen as a tricky topic for some.  Unverified personal gnosis is still detested in many circles.  This resistance makes sense for reconstructive pagans such as Hellenists.  But ironically, new interpretations of the gods is a very old concept.  In ancient pagandom, the gods often took actions that changed their stories and slightly altered their personas.

The more I thought about new gods, the more they make sense.  The old gods originated in the culture that worshipped them.*  Why should our culture be any different?  Why couldn’t we create new gods?

A lot of emphasis in modern pagandom is still placed on the old gods, the ones who were worshipped in ancient pagan times.  A love of the old gods and tradition is fine and well, but what if you sense a deity with no known associations?  What if your personal gnosis and research tells you this isn’t anyone who can be found in a book?

It may be that you’ve found a new deity.

I believe in the possibility of new gods.  Furthermore, I accept people’s personal truths about them.  We as a culture are slowly breaking away from oppressive ways of being, and we need to listen to those who practice outside the box.  We don’t have to agree with them, but we don’t have to argue with them either.

To answer the question I posed earlier, I do believe new gods are the future of paganism, but not the only future.  The old gods will continue to be worshipped and honored.  They will just have more competition than before.

March 29, 2020
Hardwired For Tradition: Some People Are Better At Traditions Than Others
Next Post 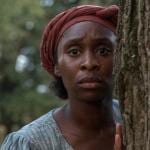