Could The Age Of Aquarius Start At Yule 2020?

On December 21, 2020, Saturn and Jupiter will be conjunct in Aquarius, a sign that’s all about humanitarianism, enlightenment, independence, and radical thinking.  This shift will bring a huge influx of Aquarian energy into our lives for quite some time.  And that’s just the beginning.  Could it be the dawning of the Age of Aquarius?

As an astrologer, I’m always looking to the heavens for more information.  I believe the stars emanate subtle energies that affect the planets in their realms, which in turn affect the mindset of most people.

The Age of Aquarius is the name for the approximately 2,000 year astrological cycle that starts a new age on earth.  It’s an era of brotherly love, humanitarianism, ideals, peace, visionary spirituality, technology, and science.

What I see happening at the end of 2020 may just be the beginning of the Age of Aquarius.

Here are the Details

On December 17, 2020, Saturn will pass into Aquarius.  Saturn is one of the planetary rulers of Aquarius, which will empower this sign.  Saturn in Aquarius will be exalted, or in harmony.  The lessons that Saturn will teach us in this sign will focus on humanity’s evolution toward equality.

Although Saturn also rules Capricorn, it can be a difficult placement for people, as it incites vast inequalities of wealth and power.

Then, two days after Saturn enters Aquarius, Jupiter will enter Aquarius too.  This buoyant planet will imbue us with a feeling of expansion and more energy to think more about humanity than we’ve had in quite some time.

Jupiter was definitely in its detriment as it slogged through Capricorn for the last year–the optimism and generosity usually associated with Jupiter simply couldn’t catch a break.

This is about to change in a major way.

The next notable Aquarian event will occur on Yule on December 21, 2020, when Saturn and Jupiter will be conjunct in Aquarius at 0’28”.   The “zero degree” aspect of this conjunction of these two outer planets is very auspicious.   It’s often associated with huge new beginnings and expansion.  Some astrologers refer to this conjunction point as a “critical degree,” where old things die out and new and positive things come into being.

Jupiter and Saturn conjunct in Aquarius is all about the benefits of  creating a new system for all people, not just those with money or power.  It also affects us on an individual level, and we will have the opportunity to release old emotional dramas.  We can also swap worn-out spiritual methods for more effective ones that make us feel happier and more energetically aligned.

Pluto will retrograde back into Capricorn from June 2023 until January 20, 2024.  On that day, it will enter Aquarius and will be conjunct with the sun–at yet another zero degree conjunction.

The Sun and Pluto conjunct in Aquarius is all about the individual self going deeper into their own psyche to face the shadow and see their contribution to the world and how they can help humanity.  Pluto will stay in Aquarius for 19 years, until 2043.

Pluto in Aquarius encourages rebellion against tyranny, as everyone can clearly see that the emperor has no clothes.  The last time Pluto was in Aquarius, the American and French revolutions were happening.  These were movements for the people that upended the powers that be.  However, it’s important to note that not all countries experienced this kind of uprising, and America and France may not experience an uprising.

There’s no solid agreement among astrologers about when the Ages begin and end.  Some believe they last  2,000 years, and others believe they last longer.  There are a few signs that the Age of Aquarius has already started, such as technologies like microwaves, radio waves, airplanes, wifi, cordless charging, and space travel.  Successful civil rights movements are another sign of the Age of Aquarius, the era of brotherly love.

If the Age of Aquarius is happening or about to happen at this time, it could bring about visionary strength and progress toward a more humane society.  However, it’s also important to note that there are negative aspects of each Age.

Negative aspects of the Age of Aquarius could include the possibility of more and longer-lasting air-related viruses, a warming of the air (due to the contribution of Uranus’ electrical aspect), and more energetic weather such as hurricanes, tornados, storms, and high winds.  Sudden changes may also occur due to Aquarius’ planet, Uranus.  These sound a lot like the climate change crisis to me, which I see as humanity’s next big project, where many will have to come together to stop the greed of the old ways and to make a lasting change for the good of all people.

The Age of Aquarius marks the end of the Age of Pisces, which was heavily characterized by Christianity–coincidentally, both Pisces and Christianity use the symbol of a fish.  The positive aspects of Pisces are love, compassion, spirituality, and enlightenment.  At its worst, Pisces can be escapist, addicted, too dreamy, judgemental, and focused on dogmatic spiritual ideals at the cost of everything else, even human lives.

Some astrologers and astronomers believe the Age of Aquarius won’t start for several hundred years.  As there’s no hard definition, it’s anyone’s guess.

If the Age of Aquarius doesn’t begin at Yule, the Aquarian energy will start to build up at that time, and it will continue through 2043, until Pluto moves into Pisces.

Whatever happens, I hope we make it through this strange time and that we experience more equality and peace.  We could all use that right now. 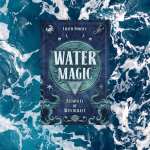 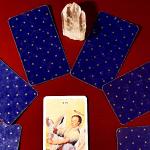 December 9, 2020 Tarot Reading Spell: Signs For The Next 6 Months
Recent Comments
0 | Leave a Comment
Browse Our Archives
get the latest updates from
Starlight Witch
and the Patheos
Pagan
Channel
POPULAR AT PATHEOS Pagan
1