Benedict Announces Retirement (It’s what he WOULD do!) UPDATES!

In the Pope’s most recent tweet, our dear Papa had this to say to us: We must trust in the mighty power of God’s mercy. We are all sinners, but His grace transforms us and makes us new.

And today, on the Memorial of Our Lady of Lourdes, Pope Benedict XVI has announced that he will retire in just a few weeks.

He’s been looking very tired for a while — he is 86 years old. Funnily enough, I was pondering my Pope App this past weekend and marveling the schedule of a man closer to age 90 than age 80.

Maybe he looked at it too and thought. “I just can’t.”

Except I am sure it wasn’t that simple. Benedict being who he is, I’m sure he prayed deeply over this decision.

And because he is known to be a considerate man, I am equally certain that if he felt he could manage the rigorous papal schedule of Lent and Holy Week, he would not thoughtlessly throw a new man into those heavy duties.

Vatican watchers have speculated for years that if any pope might resign due to age or health, Benedict XVI — having watched Blessed John Paul’s deterioration — could well be that man. Seems he is.

Still, all of that said, I am a saddened by Benedict’s move. I was driving a kid to a train station this morning, via ice-sheeted streets while she read the news off her phone and my first thought was, “Noooo!” My second was, “What now? How do we deal with a pope, and a Pope Emeritus, so to speak?”

John Paul II’s deterioration was hard to watch, but one of the lessons it taught us was that age and illness does not diminish the worth of a person; that was an important, nay, urgent message that had to be delivered to this increasingly utilitarian age.

Yes, I am sad. I have loved Benedict XVI; he has been my favorite pope — I loved John Paul, of course, but as I have said before, he was a grand, dramatic pipe organ of a man; he belonged to the whole world and his writings are often so dense I cannot plumb them. Benedict has always been the more accessible tinkling piano, simply inviting one to come closer. His copious writings have been almost avuncular in their gently-voiced but brilliant instruction, and somehow it always felt like he belonged “to me”. I will miss him terribly.

I agree with Ed Morrissey, Fr. James Martin, and others who call this an act of extreme humility, certainly we’ll be checking with Rocco Palmo, and Deacon Greg, Kevin Knight at New Advent and so many great Catholic sites over the course of the day and in the coming weeks.

Listening to some of the inanities coming out of the mouths of cable news anchors, and noting the way they are quickly, predictably, focusing on the “negative narratives” — one voice on cable anchor is making it sound like the church has just endured 32 years of misery and she imagines “great joy” among “progressive” Catholics and “confusion” among “conservative” ones — how grateful I am that, thanks to Benedict’s awareness, there is a hardy and energetic internet presence, well-established and looked upon with encouragement by Rome (and increasingly entered into and brilliantly utilized by smart bishops, priests, religious and layfolk). Thanks to that, we’ll explore this very new ground, together, with our diverse points of view laid out and hashed out, all while trusting that the Holy Spirit is guiding what occurs, as has been true since Pentecost. Benedict has done a great deal to help unite Christians, even while his own church has been roiled; and he has throughout much of his pontificate been an obedient Peter, led where he would perhaps rather not go.

The story goes that when he was a POW during World War II, the young Joseph Ratzinger shot craps with another prisoner, Gunter Grass, while they argued philosophy. “There are many truths,” Grass said. “No,” answer the 15 year-old Ratzinger, “there is only one.” He went from war to seminary and has spent his entire life in service to Christ and the church. Perhaps this shy, transparently holy introvert — whom the mainstream media have never “gotten” — has earned some time for quiet prayer, and reading, before he takes his leave.

:::UPDATE::: One more thought before I put this post to rest — I’m kind of appalled at how some members of the press are reacting to this. The announcement wasn’t two hours old when the cable news gasbags started in with their “wish list” and expressing hopes that the next pope “gets it right” on the “important issues.” A few sound like they’re all but crossing a line through this pontificate with zero understanding or appreciation of what it has actually been. And some of the comments in the Facebook threads are just so…awful. People are so busy thinking about their personal “agenda” for the church — be it “progressive” or “Conservative” — that they’re not even taking a breath to consider that the man and his pontificate will be more than a footnote to John Paul’s; they have no idea what a force for Christian unity he has been in the midst of so much division.

But on consideration, this almost seems typical of Benedict, particularly if his health is failing. He would have hated a long drawn out affair with pilgrims waiting within the basilica courtyard for his death. If John Paul went out like the sustained note of a grand organ, fading into silence, Benedict simply senses his tiredness and the hour, closes up his piano, and bids us adieu. Ratzinger, in the end, is still Ratzinger: he does his work, kisses it all up to the Holy Spirit and moves on, not particularly concerned about the peripheral yakking of man or media.

Despite the “preferred” secular narratives, he has always been more “glory of the olive” than “rottweiler.”

Get Religion is already chronicling the early media failures. There will be tons of them. Not only does the press not “get religion” they’ve never really even tried to understand Benedict. Negativity is always the easier way.

Reactions will be coming fast and furious. Because these sorts of articles are kept in readiness for news of a papal death, Our Sunday Visitor already has a look at “top candidates” to take Benedict’s place. There will be so much to read, it seems almost pointless to try to collect it all, as we did in the days before twitter. Frank Weathers has made a fair start on doing it, though, as has Dean Esmay.

But please check back. I’ll try to serve up the juiciest of what I find. Like this fast Q&A from America Magazine, for instance.

UPDATE II: Scott Hahn on the early clues that Benedict would do this. Check it out!

UPDATE III: Michael Sean Winters, has conclave considerations and, “This fascinating man who might well be the most thoughtful, cultured, deeply read public figure of our time deserves more than a quick blog post, written hurriedly.”

UPDATE IV: 10 reasons why this is a good thing and a good piece by Melinda Henneberger.

Here are some Patheos reactions:

Thomas McDonald brings us the crying room, and second thoughts and more video

Joseph Susanka: “he sounded tired to me; incredibly tired, and deeply emotional…”

Lisa Hendey on what you ought not say to her, today.

Deacon Greg on what happens next.

Mark Barnes: Benedict is an academic and an artist.
Last Update:
For some It’s all about the hate. Because hating is easy and unchallenging. 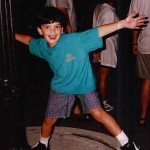 Catholic
For Credibility of the Church, Should Francis Reconsider...
The Anchoress