Christians and Movies: Recognizing the Danger Within, Not Without 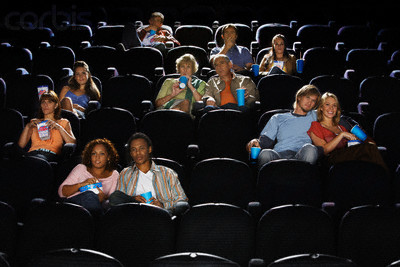 I have been a movie and TV critic and entertainment reporter for about seven years now, writing in secular outlets like newspapers and Christian faith-based magazines and web sites. As with any job, you get your oft-repeated questions. What’s my favorite movie? (The Tree of Life). Do I pay for the movies? (No. Perk of the job. Unless the movie is ‘Furry Vengance’ when it’s more of a hazard.) What’s the best movie I’ve seen recently (tie of ‘The Iron Lady‘ and ‘The Muppets‘). Who’s the most famous person you’ve met? (I saw Brad Pitt get on an elevator once.)

When I’m at church or other Christian gatherings, however, I get two specific and unique questions: What do I think of Harry Potter? (love him) and How do you deal with swearing/nudity/violence/crude humor…how can you stand all that depravity and soul-sucking grossness that Hollywood throws out?

Hmm… That one is a bit harder.

The long answer is that the question, with due respect to the Parents Television Council and Ted Baehr, has some theological issues and may be the wrong question entirely.

Brothers and Sisters, the danger is within, not without.

Christian theology states that we are sinful creatures, or, to put it in Oprah terms, we’re each weighed down with his or her weakness, each with our own lifelong struggles.

Christians believe this intellectually, but it all goes out the window when dealing with media. Instead we tend to picture ourselves, and our children, as blank slates, pure white pieces of paper just waiting to be soiled by what Hollywood, Nashville, or YouTube throws at us.

It’s as if we would never experience inappropriate sexual yearnings without exposure to “Bad Teacher”.

In Matthew 15:10, Jesus states, “It is not what enters into the mouth that defiles the man, but what proceeds out of the mouth, this defiles the man.” In the passage, He taking religious people to task about their rigid dietary rules, but I think the words apply more broadly. It applies to all makers of dairy products, as Monty Python would say.

We must each do the hard work of recognizing our own weaknesses. For some, it may be that sexual content does indeed feed a weakness within. Others may revel in the dark side of violence or evilly enjoy gruesome scenes. For many women, the danger is a false depiction of romance, as in ‘Titanic,’ which feeds the selfish dissatisfaction in our hearts with our spouses and families.

It’s not only entertainment media, but all aspects of consumer culture that can light the warning lights in the dashboard of our hearts.

Frankly, I’ve had more spiritual wrestling with the Pottery Barn catalog than movies. It leaves me discontented with the same living room furniture I had loved hours before. I want to buy not just the velour recliner, but the lifestyle of the hypothetical family in the catalog, complete with the tennis matches and beach vacations on their delightful calendar. My calendar tends more toward dog vet appointments and car oil changes. The catalog gives voice to the whine in my heart.

If something echoes the whine in your heart, it’s a good bet the problem is with you.

We give media too much credit for having power over us, and let ourselves off the hook in the process. It’s much easier to blame media for our strayings and discontentments than to recognize they come from within. The sins I’ve committed in my life aren’t the result of watching ‘American Pie’ or even ‘The Hangover.’ I wish I could pawn them off so easily.

Is this to say that “everything is permissible?” As Paul says, no. It’s not all beneficial. It depends. There is a huge difference between a hormonal teen virgin struggling to remain celibate and a long-time married couple with a healthy sex life in watching an explicit movie like ‘Knocked Up.’ There’s also a huge difference between an explicit movie with something to say (like ‘Knocked Up’) and one made purely for titillation. My goal as a critic is to discern and define those differences for you.

But what about the kids?

Innocence is a precious and fragile thing. I think the question is how we want our children to learn about the world. We want them to learn the tenderness and beauty of sex from a sweet and innocent first kiss, and a theologically correct view of the body, rather than a raunchy movie. Material for which children are not ready creates trauma in their little minds. I still remember the first time, as a highschooler, I watched the videos of the Nazi atrocities in the Holocaust. It is seared on my memory. It shook me.

Movies and all stories are a valuable tool for learning about life secondhand, which can be a safer and more effective teacher than experience. We recognize that great movies like ‘The Sound of Music,’ ‘Casablanca,’ and, yes, ‘Harry Potter‘ actually leave our children better than they found them by giving them heroes to imitate and ideals to hold.

For the most part – and I know this is a controversial statement – Hollywood recognizes and respects the innocence of children. The ratings system is made to protect children. Delightful films for children, full of wonder and joy and without mature content, abound from Pixar, Walden Media, Disney, and DreamWorks, among others. Breaking news from Hollywood – Most of the people who make movies for kids actually want to make good, uplifting, wonderful, innocent movies for kids. The few flicks that sneak in inappropriate content generally don’t do well. Theaters now, unlike when I was a teen, generally ID for entrance to R rated movies. Plus, there are many resources for finding out which movies to avoid for children, including this site.

I guess it all boils down to one message for Christians: Lighten up on Hollywood and look more at yourself. Hollywood is not responsible for your sins.

So, if “Aren’t you corrupted by the trash Hollywood produces?” is the wrong question, what is the right one?

I’ll address that in my next column: Loving the World by Watching (and Making) Movies

Along these lines, Paul Joiner has an excellent series on Should a Christian Read Fairy Tales? over at Echoes of the Cross. 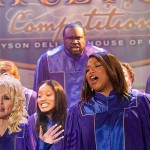 January 11, 2012
Dolly Parton and Queen Latifah Get Their Worship On in 'Joyful Noise'
Next Post 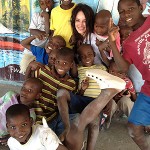 17 responses to “Christians and Movies: Recognizing the Danger Within, Not Without”