Alex Kendrick may not be the world’s best director, the most saavy scriptwriter, or the most accomplished actor. But if there is one thing he understands, deep in the core of his being, it’s the Evangelical Christian market.

And he’s taken that understanding all the way to the bank.

“Our distributors are happy,” he says, laughing, about his wildly successful – in profit terms – films Facing the Giants, Fireproof, and Courageous.

Using actors from the church and a mostly volunteer crew, Facing the Giants cost a reported $100,000 to make, but raked in over $10 million at the box office. That’s peanuts in Hollywood terms, but the cost of production to profit ratio is one to grab the attention of a studio executive. Courageous scored almost $35 million and Fireproof, starring controversial outspoken Evangelical actor Kirk Cameron, over $33 million.

The real money in this market, however, is in home viewing. DVD sales numbers are hard to determine, but the profit would likely rival the boxoffice take.

Not only are the distributors happy, but they’re actively trying to find the deeply religious market Kendrick and his partner, brother Stephen, seemingly pulled from the woodwork as if by magic with their first film. “They are still learning to understand this arena and why certain audiences will support these types of films, but I think that they have shown respect enough to say it’s worth continuing. We have had a number of calls from people in Hollywood that have asked a lot of questions. Because I don’t know that we are following any formula that they have followed in the past – and not that we were trying to break a formula – We really just didn’t know any different. We really just had to figure it out on our own. Once we found something that worked, I think they were very curious and came asking a lot of questions.”

Alex and Stephen are not motivated by profit, quite the opposite. They are motivated by the same impulse that sends middle class kids to Africa, drives men and women to seminary, and causes people to call out to passerbys at busy street corners- the desire to save souls.

At Sherewood Pictures, and at the brothers’ new company, Kendrick Brothers Productions, “We want to present stories that would draw people to a relationship with the Lord and a greater depth of faith with God,” says Kendrick.

For Kendrick, this means deeply involving God in the process of filmmaking from the first concept meeting.

We go through the better part of a year, saying, ‘Lord what do you want us to focus on, what do you want the plot be?’ It’s usually near the end of that year. It could be eight months, ten months, or a full year… it’s almost like he downloads something to us.

We try to lay that groundwork of prayer first and then the Lord says, “Ok this is the direction to go.”

We pray for that theme and when we fill like the Lord said boom here it is here’s the target, then we start aiming at the target.

When I look back, I can remember, each of the movies we’ve done was not the movie I wanted to do next but the more we prayed about it, and the more the Lord would shut this door over here and open this over here and also all our hearts turned that way. It wasn’t something where we sat in a room and said ‘What do you want to do?’ We’ve never done that.

For the movie Fireproof, Kendrick says his team heard God give them a theme of marriage. For the movie Courageous, fatherhood. And so on. He speculates that upcoming themes may be military faith, motherhood, or teen issues, but says he won’t really know until God downloads.

In the meantime, Kendrick knows what he feels his calling to be:

I know that for my brother and I, we do feel specifically aimed, as if the Lord wants us to aim, at least the types of movies that we make, first of all for reminding the church to be the church.

For example, Fireproof talking about marriage based on Biblical principles, Courageous talking about the role of fatherhood… If the church is not doing what the Lord told us to do, then what impact are we going to make on the rest of the world?

Do we need movies that do that? Yes.

Do we also need movies that are aimed at a secular audience with this message of hope? Absolutely. I don’t know that we’ll be able to hit every target audience. So we’re focusing primarily on the the church knowing that there will be spillover. We’re not even trying to ride the line and please both audiences. We’re trying to say ‘Alright church, let’s remind you what the Lord says about this area or this area and then show you a picture of it.’ 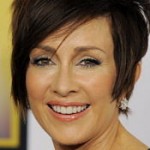 October 1, 2013 Interview: 'The Middle's' Patricia Heaton on 'Christian' Movies, Conservatism, and What She'll Say to Peter Boyle in Heaven
Browse Our Archives
Related posts from Tinsel

Deciding to be FOR our Neighbors as a...
This year at BGCC we’ve dedicated around 20 babies and children. Our...
view all Family blogs