Sarah Drew breezes into the press room on the set of Mom’s Night Out full of smiles and charm.

She believes in working hard and that extends to dealing with the press, something apparent as she fields questions on everything from motherhood to her faith to a pop quiz on her favorite Bible verse.

The daughter of a Presbyterian pastor, she has always felt a pull toward acting. “I basically felt like this was the trajectory I was on. This was my joy, this was my passion, this was my gift and I’ve purused it my whole life.”

And pursue it she did, doggedly. No half-hearted trip to Hollywood to test the waters while waiting tables for this girl.

While majoring in drama at University of Virginia (“It never even crossed my mind I wouldn’t go to college,” she says.), she spent a summer doing musical theater. Her performance as Juliet caught the eye of a casting director, which led to an agent. Bit parts on shows like Glee and Supernatural followed, with bigger parts on Everwood and Mad Men. She hit the big time when she landed the role of Dr. April Kepner on the prime time soap opera Grey’s Anatomy. 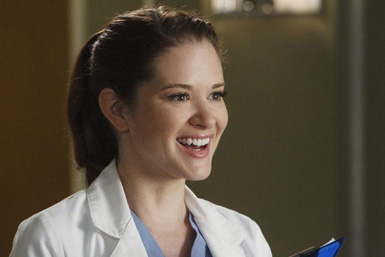 And now, she playing the lead in a feature film: Mom’s Night Out.

Read about the set of Mom’s Night Out here.

So what kind of advice would she give young people, of faith or not of faith, who felt their personal path led to Hollywood?

“I would tell them to go for it in the same way as if they felt a passion to go be an accountant somewhere. You know what I mean? I think sometimes we put too much of a gravity on what it is that we do…I just think you go out into the world and if the door is open pursue with excellence whatever it is that you feel you are called to pursue.”

Drew grew up in her father’s church, which she said gave her “complete and total support” in her desire to become an actor.

She has never been shy about her faith. And that has been fine with the people with whom she works.

“I have have been only warmly received and welcomed. I’ve had moments early in my career that didn’t feel that way as much, but I have found that, especially on the show I’m on right now, people are enthusiastically interested in whatever it is that you love, you know, that’s how I have found the people that I work with.”

Because her character on Grey’s is a religious person, Drew actually has an opportunity to share her faith with the audience in an authentic way.

“So when they decided to make my character Christian, [Grey’s Anatomy creator] Shonda [Rhimes] sat me down and said, ‘We want to tell this story well and authentically so you just tell us whenever something doesn’t feel right.’ So I’ve had an incredible voice in the direction of the character which has been just wonderful and so fun … I said a prayer in a surgery the second to last episode. And basically the writer.. I was like, ‘Yeah, I don’t think I..’ and he was like, ‘Just do it. Pray when you’re on camera.’ And I did. I just think that’s been cool. It’s been really cool.” 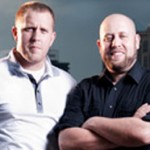 October 1, 2013
Interview: Andrew Erwin on Filmmaking, Faith, and Being in Alabama
Next Post 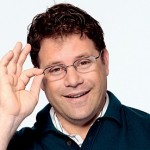 October 1, 2013 Interview: Sean Astin on His Faith and His Family
Browse Our Archives
get the latest from
Family
Sign up for our newsletter
POPULAR AT PATHEOS Family
1