Saraswati: Everything You Need to Know

For Navratri this year (2014), October 2nd is the day to worship Saraswati…

Saraswati (Saara-swa-ti) is the Goddess of art, music, philosophy, creativity, wisdom and learning. She is the consort of Brahma.

It is good to pray to Saraswati before tests or when seeking to become knowledgeable about something new. She gives blessings to people in pursuit of knowledge or creative pursuits. She can free one from lethargy and ignorance.

There are many origin legends for Saraswati. They all seem to involve her coming from Brahma in some way. As his clone (he split himself in two), or from his forehead, or from his mouth, or from his thigh, or from his rib. (Interesting to note parallels with other myths such as Athena born from a forehead and Eve born from a rib).

Once Shiva saw the world filled with evil. He decided to clean it and opened his third eye from which came a great fire. Saraswati took the form of a river and absorbed the fire. She took it into the sea where it formed a fire-spitting creature called Badavagni. Saraswati declared, “As long as man is wise, the animal will remain here, but if man becomes corrupt, this beast will destroy the world.”
– http://www.kidsgen.com/fables_and_fairytales/indian_mythology_stories/sati.htm#mWpXY3yjmdUixVdO.99

Here is one version of a story in which Saraswati enrages her husband and is replaced by Gayatri: http://mustardbrain.wordpress.com/2010/01/23/the-story-of-saraswati/

The “Shatarupa” in Brahma’s story is said to be Saraswati, who can take many forms.

Two swans are depicted on the left side of the Goddess. A swan is said to have a sensitive beak that enables it to distinguish pure milk from a mixture of milk and water. A swan, therefore, symbolizes the power of discrimination, or the ability to discriminate between right and wrong or good and bad. Saraswati uses the swan as Her carrier. This indicates that one must acquire and apply knowledge with discrimination for the good of mankind. Knowledge that is dominated by ego can destroy the world. –http://www.koausa.org/Gods/God10.html

-The flowing water often around her shows the flow of knowledge

-Her beauty shows the appeal of wisdom

-Meaning of her name: “The essence of Self” or “Sara means an ocean. Swa means one’s own. Ti means the personification or embodiment. Saraswati is the embodiment of one’s own ocean of experience.” http://www.shreemaa.org/saraswati-puja-for-children-book/

Saraswati’s birthday is the time to begin new studies. Traditionally children begin to learn reading and writing formally on this day. It happens around late January/February and is seen as a spring ritual (though where I live in America, snow is likely still on the ground!)

Depending on the region, it is traditional to dress one’s self and the murtis of the Goddess in either white or yellow. Yellow is an important color on this day and often yellow food and yellow flowers and yellow sweets are offered.

A Saraswati puja (see below) should be done within “Panchami Tithi” which is an astrological timing. (This site has a ritual that it says is the Panchami Tithi: http://timesofhindu.com/panchami-tithi-shraddh-5th-day-of-pitru-paksha/)

Some people do rangoli decorations in front of the Goddess, which is intricate patterns made of colored sand or rice powder (I’ve been known to do it with sidewalk chalk). Images of fish are considered auspicious. 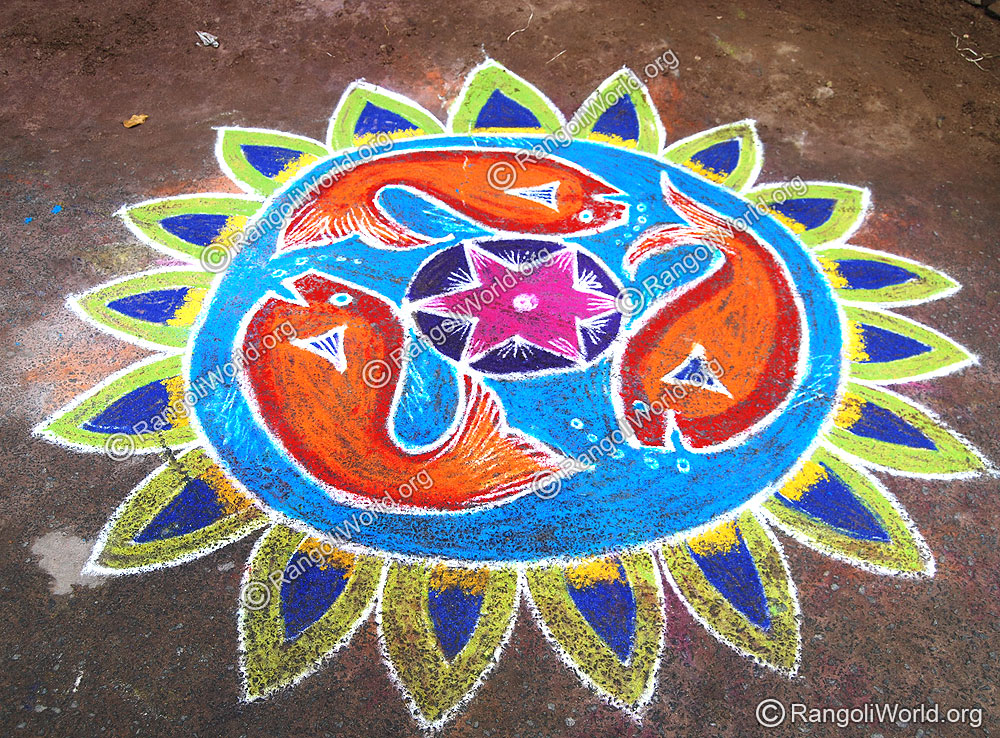 In some areas Pitr-tarpan is performed, which is ancestor worship.

In some areas it is known as the festival of kites and people crowd the skies with colorful kites!

Vasant Panchami starts the 40 day count down to Holi, another spring festival.

Navratri is a nine-night festival in the fall to celebrate the female divine energy in various forms. See http://www.patheos.com/blogs/whitehindu/2013/09/welcome-goddesses-happy-navratri/

The Sri Chakra Puja is appropriate to use during Navratri to worship Saraswati particularly on the seventh day, which is an auspicious number to her.

1) Bathe and dress in clean white clothes (the gold border is said to retain the energy of the puja in the subtle body) 2) In the altar room sit facing east. Place the image of Ma Saraswati in front of you and the Sri Chakra in front of that on the metal plate

3) Light the lamp and keep it lit through out. Offer two or three sticks of incense by lighting them and waving them in a clockwise direction in front of the image.

4) Offer food by placing it in front of the altar

5) Chant Samputita Sri Suktam while pouring the milk or panchamruta over the Sri Chakra (Interestingly, this chant is addressed to Lakshmi, but the instructions say to use it). Here is a good video of the chant with transliteration and translation: http://www.youtube.com/watch?v=0Vd6xbQDTYs

6) Wash the Sri Chakra with pure water and set aside for a moment.

7) Fill the metal plate with white rice and cover with the white cloth to create a seat to lay the Sri Chakra on.

9) While doing this chanting, offer the other white items, such as sandalwood powder, rice grains, and flowers.

10) Wave the lamp (with five or seven ghee flames) in a clockwise direction in front of the Sri Chakra.

Make sure you complete this puja without interruption and keeping the mind focused on Saraswati.

1) Decorate the Goddess image with flowers, garlands, and cover with a white cloth (if you are using a picture, place the white cloth on a tray near the image)

4) Offer flowers, light incense, and chant mantras to the Goddess

5) Put the books, tools, or other objects out before the idol

6) Sprinkle some flowers on the objects and you can apply a small dot of turmeric and kumkum, but it does stain

7) Offer flowers and akshata to the deity

8) Offer any food that you have for prasadam (fruits, etc.)

9) Meditate or chant for a few moments.

It is auspicious to offer honey to Saraswati, as it represents the purity of learning and the sweetness of perfect knowledge. 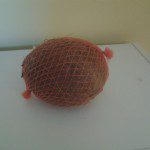 September 29, 2014
How to Have a Hindu Housewarming
Next Post