We are doing a scripture study together: reading along through some scriptures and discussing the passages. This is the sixth post on The Bhagavad Gita.

32. I do not desire victory,Krishna,
Nor kingship nor pleasures.
What is kingship to us, Krishna?
What are enjoyments, even life?

33. Those for whose sake we desire
Kingship , enjoyments, and pleasures,
They are arrayed here in battle,
Abandoning their lives and riches.

35. I do not desire to kill
Them who are bent on killing, Krishna,
Even for the sovereignty of the three worlds.
How much less then for the earth?

36. What joy would it be for us
To strike down the sons of Dhritarashtra, O Krishna?
Evil thus would cling to us,
Having killed these aggressors.

37. Therefore, we are not justified in killing
The sons of Dhritarashtra, our own kinsmen.
How, having killed our own people,
Could we be happy, Krishna?

I have to say that I respect Arjuna for this. I don’t think that I could sympathize with him were he not horrified at killing his own family.

I love that he has realized that he would give up anything to avoid killing these enemies who are also kinsmen. Having the kingdom, having riches, having pleasures, even ruling over heaven and all the worlds, would be meaningless if he has to kill his own kin to get there.

He recognizes the karmic consequence. How could evil not “cling to” him for having done this?

What a powerful question at the end: “How, having killed our own people, could we be happy?”

I’m not sure that happiness is in the cards for Arjuna and his brothers. I wonder if he will be able to be at peace with this war even after Krishna explains life, the universe, and everything to him.

Arjuna’s hesitancy is what makes him great and a leader that one can trust and believe in.

One of the names of Krishna that Arjuna uses here is an epithet for Vishnu, which I find interesting. We know that Krishna is an earthly incarnation of Lord Vishnu, but apparently so does Arjuna. I wonder what it is like to have a family friend who is also a manifestation of God. How would you behave around a friend knowing He was God? Ideally, perhaps, no differently than how you treat anyone else: with love, respect, reverence, and a recognition of the divinity of their soul.

I have to imagine it was this knowledge that led Arjuna to choose to have Krishna, unarmed and unfighting, in the battle with him. But then how would Duryodhana not have made that same choice? He must also have known that Krishna was God.

Have I told you the story of how Krishna comes to be driving the chariot?

Both Arjuna and Duryodhana went to Krishna to solicit him to their side during the time before the war when both were building support. Though Duryodhana arrived first, it was Arjuna whom Krishna saw first, so he allowed Arjuna first choice. And the choice he offered was between all the men in his army (he was a king also) ready to fight and loyal or just himself alone and unarmed not taking part in the fighting.

And Arjuna chose just Krishna. Duryodhana laughed at his foolishness. Apparently Duryodhana believed that the only thing that matters in a war is the numbers on each side. 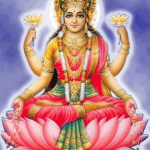