Lakshmi: Everything You Need To Know

Lakshmi (or Laxmi) is the Goddess of wealth and prosperity: both in the material sense and the spiritual sense. She is associated with Vishnu, which makes sense because he is the God who maintains the world, so during everyday life, Lakshmi plays a big role.  You may also hear her called Mahalakshmi, which is “Maha” + “Lakshmi,” meaning Great Lakshmi. When Vishnu incarnates on earth as an avatar, Lakshmi joins him. Sita and Radha (lovers of Rama and Krishna) were incarnations of Lakshmi. It is said that Lakshmi gives Vishnu his energy

She brings success to hard working and dedicated people who call on her. Though she is the Goddess of wealth, one should not call on her with greed. Fridays are the best day for worshiping Lakshmi.

The story of the churning of the ocean comes up once again! According to legend, Lakshmi was angered by Indra’s arrogance and left the world. She was rediscovered when she emerged during the churning of the milky sea. Having her there brought success to the Devas and they were able to defeat the demons because of her presence.

Sage Bhrigu set out to find what satisfies hunger and learnt from Varuna, the god of the sea, that everything in this universe is ultimately food. Soon Sage Bhrigu realized that Goddess Saraswati nourishes only the mind. He realized the importance of food and found that it is also equally important to nourish the body. With the help of his learning, he invoked Goddess Lakshmi, which nourishes the body. For a balanced and happy life – Goddess Saraswati, that nourishes the mind, and Goddess Lakshmi, that nourishes the body, are equally important. – http://www.hindu-blog.com/2008/12/story-of-goddess-lakshmi-as-daughter-of.html

Did you know that there is a Hindu cupid? Just like the western stories, he is a mischeveous God of desire who shoots people with arrows of lust. His bow is made of sugarcane and his arrows are tipped in flowers. He rides a parrot. Some stories say that he is the son of Lakshmi.

They say that she prefers a clean home and will visit the cleanest homes first!

The lotus flower has a great significance for Hindus. It is said that it is able to float on the surface of muddy water without becoming unclean. This is a symbol of what we should be as human beings: a part of the world, within the world, but also unsullied by the world. Lakshmi is the ultimate worldly Goddess who also brings spiritual blessings.

Her worship ceremonies also include people offering food and sweets, chanting her 108 names, prayers repeated and devotional songs being sung. To light the way for Lakshmi to enter their homes, women line up their windows in light. –Hindu Devotional Blog

Grand pujas to her are also done on Diwali

The Ashta Lakshmis are eight manifestations of the goddess Lakshmi and preside over eight sources of wealth and thus represent the powers of Sri Mahalakshmi. They are as follows:

Here is one of the more involved and detailed pujas that can be performed to Ma Lakshmi:

Here is one from Hindu Blog (a great resource!) http://www.hindu-blog.com/2007/11/how-to-perform-lakshmi-puja-at-home.html

These resources were so good and thorough that I didn’t feel the need to clarify and reword them; I think you’ll find everything you need at their pages. 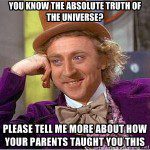