We have been thinking a lot about baby names recently. Hindu tradition is that you wait to name a baby until after it is born. The astrological chart is used to determine the best syllable to start the name with. We have decided, however, to follow American tradition of having names picked out and ready.

I want my children to have a Hindu name. They don’t necessarily have to go by it but I’d like them to have the option. I also decided that I would pick Hindu names that are easy for Americans to pronounce. So my criteria for the names we pick are that they are on the shorter side and correlate with American pronunciation “rules.” I love Indian names and this is not in any way a criticism of long, gorgeous Indian names. I just felt like for my white American kids it would make sense for them to have names that resonate with both their American identity and their Hindu identity.

So here are some ideas for those who would also like to find Hindu names that are relatively easy for Americans to deal with!

Meera “a devotee of Krishna”

A note on the name Dharma. It should be a boy’s name but there was a popular sitcom in the U.S. called Dharma & Greg and the main character named Dharma was the wife. I think particularly because it ends in an “a” it is seen as a woman’s name in America.

And the names that we are probably going to use:

Priya means “dearest” and Ilana is for my close friend who died six years ago. I’ve known ever since I lost her that I would name a daughter after her.

Garrick is a family name on Brad’s side and is Scottish. He’s always wanted to name a son that. Ravi means “sun” and also has connotations of Lord Surya, brilliance, and intelligence. 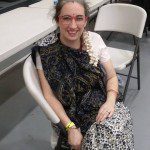 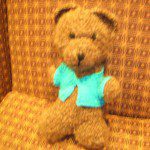 November 1, 2015 Reflections on the Week
Recent Comments
28 Comments | Leave a Comment
Browse Our Archives
get the latest from
Hindu
Sign up for our newsletter
POPULAR AT PATHEOS Hindu
1

A Brief List of the Destruction...
Hindu 2.0
Related posts from The White Hindu