Deja Vu and the Present Moment

One day I was reading Cracked.com (if you’ve never been there, be careful. It will suck you in for hours!) and I came across a story about a condition of more intense than usual deja vu. Instantly I recognized what they were talking about. I hadn’t stopped to think much about it but for most of my life I have experienced a lot of deja vu very frequently. It’s not nearly as bad as the guy in the article, but I too have an “inception” experience of deja vu. Most times when I get it I also get the feeling that I’ve had deja vu about that moment before and before and before. It can ripple several times.

The article says that deja vu is caused when your brain tells you that something that just happened was actually fed to you from your long term memory. I didn’t know that, but it makes sense. I’ve wondered sometimes if it is an experience related to past lives. Our souls have been through so much that it wouldn’t be surprising to feel ripples of previous experiences. However my feelings of deja vu are extremely specific so I don’t think they could be memories from other lives.

I mentioned this to my Dad one day and he said that makes it sound difficult to connect to the present moment.

Which is a good point. Not that staying present is ever easy! I think, though, that the present moment is what saves me from the deja vu.

I’ve found that the only way to deal with deja vu is to not think about it too much. The more I analyze or try to understand the deja vu, the worse it gets and the more frequent it gets. I could easily see it getting to the point of spending half my waking hours feeling like I had already experienced it. But this is one of those times when you can fight your mind. At least so far I have been able to. In fact the article that Cracked links to talks about how this one person’s experience of deja vu may be triggered by anxiety and the anxiety raises and causes more deja vu into a loop. That sounds very true to my experience, which is why if I can refocus my mind into the present moment I can get past the rippling deja vu feelings. (And I certainly hope it’s a symptom of anxiety rather than of epilepsy or dementia!) 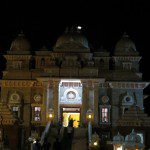 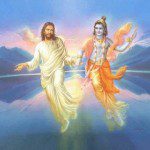 January 6, 2016 Krishna and Jesus Are Not the Same
Recent Comments
0 | Leave a Comment
Browse Our Archives
Follow Us!