In a world of social justice and discussion of cultural misappropriation, this is a subject that has been weighing on my mind for a while. One of the common complaints that people of color have against white people is that white people’s voices are louder and heard more than theirs. That our opinions are valued more and paid attention to more. That our thoughts are considered more valid even when speaking about something that is in the culture and history of a person of color.

So it is important to me to temper my voice. I don’t want people to come to me as an expert on Hinduism and ask me to speak for Hindus when there are millions of Indian Hindus available. I do not want my thoughts to be louder and more heard than theirs.

Yet here I am blogging. Because I do enjoy digging into philosophical and religious questions as they relate to my experience as a Hindu and talk about these thoughts with others. It’s a tricky balance for me. I try to raise the voices of Indian Hindus and also do guest posts and things like that for balance.

But I have to admit that I do still think, despite all this, that my voice deserves to be heard too. It has been a life-long quest of mine to be fully accepted as a Hindu and if I am legitimately fully a Hindu, then my thoughts and opinions about it are valid. Some seem to suggest that white Hindus are welcome, but we are still expected to defer to Indian Hindus forever. No matter our history or experience, any Hindu of Indian ethnicity automatically is more of a Hindu than we are and has authority over us. That’s how it often feels, anyway. There are definitely some who say that white Hindus are great, just as long as we believe everything they say and follow their lead in everything.

So that bothers me, but then I think that might be similar to what Hindus of Indian ethnicity feel when their thoughts and opinions are ignored by mainstream white America and white Hindus are listened to.  After all, it’s relatively easy for a white American to publish an article or get a platform for a story about “experiencing this exotic other culture.” White Americans seem to be more interested in hearing about one of their own experiencing something than to learn about the culture or religion from someone born into it.

I definitely don’t have an easy answer for this.

I justify my blog to myself by saying that I’m not speaking for Hinduism, but rather for non-Indian Hindus. My story, my thoughts, my opinions, are connected not necessarily to being a Hindu but to being a non-Indian Hindu. That, however, is not always the whole story. 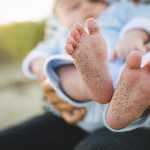 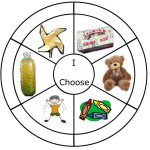