How to Call Out Cultural Appropriation: My Proposed Solution

How to Call Out Cultural Appropriation: My Proposed Solution December 14, 2016 Ambaa Choate

The article I talked about earlier made me start thinking in a slightly new way. As people of all kinds are being more and more encouraged to express what they’re feeling we have several articles about how it can be distressing to see non-Indian people using symbols and accessories from Hindu and/or Indian culture. And that’s great. I want to hear what people are thinking and feeling.

The issue I keep having with these articles is that they are very surface level, a black-and-white, simplistic view. It usually comes down to “Only Indian people can do this and when others do it it’s because they want to look cool or exotic or fashionable.” That may often be the case but it leaves out non-Indian Hindus. I might change it to “only Hindus can do this.”

And how do you know if someone is Hindu or is just playing with a culture?

I’ve had a thought about that.

Let’s say you see a white girl wearing a bindi and you think you should probably call her out about misappropriation. What if you said to her, “Oh, you’re Hindu? That’s awesome. Me too!”

Then she’ll either be happy to talk to you about being Hindu and how awesome it is or she’ll say, “No, I’m not” and you say, “Oh, well, you’re wearing a bindi so I naturally assumed you must be Hindu.”

I like the idea of this approach because it’s not assuming someone isn’t Hindu but also drives home the point that these are Hindu symbols. What do you think? 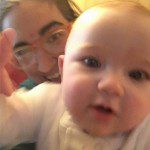 December 14, 2016
11 South Asian Accessories and What They Really Mean--a reaction
Next Post 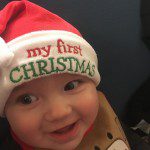