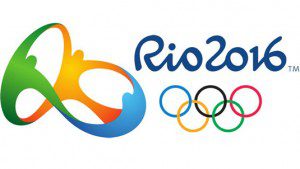 For the next two weeks my wife, kids, and I will become avid fans of sports that we normally ignore, as the Summer Olympics take up temporary residence in the embattled city of Rio de Janeiro, Brazil. But as I’ve been updating my knowledge of water polo, team handball, and competitive ping-pong, it’s also struck me that I have a lot to learn about another complicated Olympic topic:

The role of Christianity and other religions in a sporting event whose founder meant them to inspire a kind of secular faith for modern times.

On the one hand, Christians have found many uses for an event whose ancient predecessor was ultimately banned by a Christian emperor. After all, there are few opportunities for evangelism grander than a two-week spectacle that draws tens of thousands of athletes, officials, and fans from every corner of the world. At the 1996 summer games in Atlanta, local churches distributed 3 million cups of water. Four years later in Sydney, churches coordinated the housing for many athletes’ families, just one of many outreach initiatives in 2000. This month the 85 members of the multi-national Team Rio16 Outreach plan to distribute a quarter million evangelistic pamphlets written in ten languages, in the hopes of reaching over six million “people in RIO who need Jesus.”

However, the most famous incident of mass evangelism in Olympic history may be the one that didn’t happen. Looking back at the 2002 Winter Olympics in Salt Lake City, religion journalist Peggy Fletcher Stack recalled how

Before the first torch was lighted, many from around the globe feared that the international sporting event, dubbed the “Mormon Olympics,” would be dominated by boozeless parties, name-tag-wearing missionaries in dark suits and sappy Osmond-like tunes accompanied by lame choreography during the Opening Ceremony. Some imagined they would find gingham-dressed Mormons handing out literature on street corners, extolling the joys of polygamy. Others thought the LDS hierarchy would be a smothering presence, using the occasion to promote the faith at every venue.

Instead, the LDS church kept a low profile: “…Mormon leaders sent out the edict that there would be no proselytizing, no pamphleteering, no handing out copies of the Book of Mormon away from, say, Temple Square. LDS volunteers were trained in how not to share their faith.” Those games became an important milestone in the mainstreaming of Mormonism, and Mitt Romney’s performance as lead organizer served as a key credential when he ran for president ten years later, the first Mormon nominee of a major party.

Individual athletes have also used their Olympic success as a platform for sharing their Christian witness. Decathlete Rafer Johnson was one of many Olympians to work with Fellowship for Christian Athletes. Two years after taking gold in Rome, he wrote about his conversion for the FCA magazine: “Since then I have come to see how anyone can achieve victory in life through Jesus Christ. We experience this when we acknowledge that the achievement is all his. Through our faith, we share in His victory.”

Johnson’s article was entitled “Training to Win,” one example of how Christian writers and preachers have also found that the Olympics provide helpful metaphors to exhort self-discipline in Christian living. Just as the apostle Paul drew on his readers’ familiarity with the ancient Olympics in passages like 1 Corinthians 9:24-27 (“Athletes exercise self-control in all things; they do it to receive a perishable wreath, but we an imperishable one”), the editors of The [Baptist General Conference] Standard closed 1964 by citing examples of athletic preparation from Tokyo:

Can the lessons for Christians be plainer? Every competitor had made his team by combining discipline with natural ability. An easy life was forsaken for the love of sport, for the thrill of competition, and for the glory of winning…. Salvation in Christ is a gift of God, but the race of life is a never-ending struggle against desire for ease and susceptibility to sin. These athletes competed for a perishable crown. Those who finish the race of life receive from the Lord, the righteous judge, the crown of life.

(Given Conference Baptist mores at the time, I suspect that readers were especially drawn to this quotation from Turkish wrestler Kazim Ayvaz: “I realized that I had never been out with a girl to dance, or hold hands, or watch the moon. No drinking, no smoking, just wrestling from morning to night and dreaming about that gold medal all the time.”)

In popular culture, the most famous example of this theme comes from the 1981 film Chariots of Fire, in which the Scottish missionary-runner Eric Liddell preaches an open-air sermon (actually rewritten by actor Ian Charleson) during the run-up to the 1924 Olympics in Paris.

Liddell’s most-quoted line from that film (“I believe that God made me for a purpose. But He also made me fast, and when I run, I feel His pleasure”) featured in a 2012 New York Times story on charismatic Christian athletes like 1976 swimming medalist Joe Bottom: “It’s fulfilling, even exhilarating, to feel God’s pleasure in our willingness to pursue and occasionally fulfill the dreams He puts in our hearts and the purposes He built into us.” Bottom attended the same church as marathoner Ryan Hall, the star of the Times profile: “It is while running or thinking of running, Hall said, that he feels most conversant with and dependent on God. And it is through this professional excellence that Hall believes he is best able to show God to the world, to display his goodness and his love.” (Hall, who suffered a hamstring injury in London, retired from running earlier this year.)

Of course, Liddell’s story also points to another theme from the religious history of the modern Olympics: that some athletes have experienced a tension between faith and sport. Famously, the sabbatarian Liddell had to drop out of his best event, the 100-meter dash, because a heat was scheduled for Sunday. (He went on to win the 400m instead, setting a world record in an event for which he’d hardly trained.)

Few other Christian athletes have observed the Sabbath so strictly, but recently competitors from other faiths have wrestled with their own difficult choices. In 2012, for example, over 3,000 Muslim athletes had to decide whether or not to fast during an olympiad contested in the month of Ramadan. (24-hour dining halls in London’s Olympic Village allowed them the option of eating late suppers and very early breakfasts.)

Some other athletes have not competed for reasons found at the intersection of religion and politics. It’s been a lingering issue for at least three olympiads whether Iranian athletes would compete against Israelis. (Of course, Middle Eastern politics also produced the greatest tragedy in Olympic history, when Palestinian terrorists killed eleven members of the Israeli team in 1972.) In 1936, individual Jewish athletes from around the world refused to take part in an olympiad meant to be a showcase for the Nazi regime.

Indeed, a Gallup poll in 1935 found that 43% of Americans didn’t want their nation to send a team to Berlin. Avery Brundage, the former Olympic decathlete who served as head of the U.S. Olympic Committee, condemned the proposed boycott as a Jewish-Communist plot, even though it received the backing of leading Protestants (Reinhold Niebuhr, Harry Emerson Fosdick, the editors of The Christian Century) and Catholics (AAU head Jeremiah Mahoney, former presidential candidate Al Smith, and the editors of Commonweal). 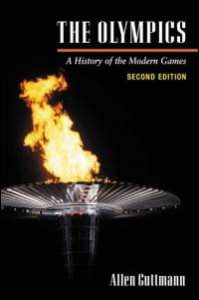 In the end, Jesse Owens led an American team that won 24 gold medals in Berlin. But sports historian Allen Guttmann finds Brundage’s position telling: “For him as for Coubertin, Olympism became a secular religion. No wonder, then, that he had fought ferociously against the apostates who wanted to boycott the 1936 Games” (The Olympics, 2nd ed., p. 83).

“Coubertin,” of course, is Pierre de Coubertin, the aristocratic Frenchman who revived the Olympics in 1896. A key thesis in Guttmann’s history is that Olympic leaders like Coubertin and Brundage (later president of the International Olympic Committee from 1952 to 1972) had a religious vision for the games:

In their beliefs, Coubertin and his followers were liberals in the spirit of Thomas Jefferson and John Stuart Mill. Deeply suspicious of conventional theistic religions, they promoted Olympism as a substitute for traditional faith. “For me,” Coubertin wrote in his Mémoires Olympiques, “sport is a religion with church, dogma, ritual.” In a radio address delivered in Berlin on August 4, 1935, he repeated his frequently expressed desire that the games be inspired by “religious sentiment transformed and enlarged by the internationalism and democracy that distinguish the modern age.” Nearly thirty years later, Coubertin’s most dedicated disciple, Avery Brundage, proclaimed to his colleagues on the International Olympic Committee that Olympism is a twentieth-century religion, “a religion with universal appeal which incorporates all the basic values of other religions, a modern, exciting, virile, dynamic religion” (pp. 2-3).

Church historian Elesha Coffmann echoes this view. She notes that when Coubertin “announced his decision to reinstate the games, he said, ‘The first essential characteristic of the Olympics, both ancient as well as modern, is to be a religion. … [I]t represents, above and outside the Churches, humanity’s superior religion.'”

The Jesuit-educated Coubertin, observes Coffman, “also consciously modeled its ceremonial aspects—processions, oaths, hymns—on rituals he learned in the Catholic Church.” But when the Summer Olympics came to Rome in 1960 and Brundage “rather tendentiously contrasted the games with the ‘medieval asceticism that considered all physical activity not only useless, but perhaps harmful to mental and spiritual development,’ he implied that Olympism was certainly superior to medieval Catholicism and perhaps preferable to modern Christianity as well” (Guttmann, p. 104).

It may seem that this kind of rhetoric has abated since the death of Coubertin’s “his most dedicated disciple” in 1975. (Brundage was an equally fervent apostle of sporting “amateurism,” which has long since vanished from the Olympics.) But if you watch Friday’s opening ceremonies, you’ll see that many of Coubertin’s rituals have remained intact. And if you visit the Olympics’ website, you’ll find “Olympism” defined, as

a philosophy of life, exalting and combining in a balanced whole the qualities of body, will and mind. Blending sport with culture and education, Olympism seeks to create a way of life based on the joy found in effort, the educational value of good example and respect for universal fundamental ethical principles.

August 3, 2016 How Activists Claimed Primary Season (for awhile)
Recent Comments
1 Comment | Leave a Comment
"Informative and interesting connections.Quelle or the “Q” source, a late 19th century proposal of the ..."
the old scribe The Story of Lazarus and the ..."
"Evidently not JohnBoy, at least not yet. A quick search of the internet indicates he's ..."
Jerry M “Ask Jesus into Your Heart”: A ..."
"Emitt, it looks like Wes Mahan has not replied to you - Did God judge ..."
JohnBoy “Ask Jesus into Your Heart”: A ..."
"Some candidates support the rights of the disadvantaged and poor, while others support the interests ..."
Silverwolf13 Ron Sider and the Fate of ..."
Browse Our Archives
Related posts from Anxious Bench