“Do you think someone someday will write a biography about you?”

Students in our Intro to History class don’t say “No” when I ask that question. It’s more like a collective “What, are you kidding me?”

And that response has come to mind several times this fall, as I’ve been contemplating the possibility of writing a biography. It points to a significant assumption that my students have formed:

“A biography is a book written about a significant individual.”

And they don’t think of themselves as likely to become such people.

Now, that reflects the context of Bethel. We Minnesotans might be strong (women), good-looking (men), and above average (children) — but not too strong, too good-looking, or too far above average. As someone once wrote in an overgeneralized think piece, “being the center of attention is one of the greatest temptations for the Midwestern soul.” All the more so at a Pietist university that celebrates the virtues of humility and modesty and graduates hundreds of nurses, teachers, social workers, pastors, and others whose labor tends to be as anonymous as it is meaningful.

As Christians, they believe that all women and men created in the image of God have inherent worth and dignity. But they’ve also been convinced that some of those image-bearers are much more important than others and so deserve to have their stories told and retold.

To be sure, biography is subject to an economy of scarcity. Authors only have so much time to research and write so many stories. Publishers have only so many readers with so many dollars available to spend. So everyone involved needs to discern which projects are most significant.

But how do we define biographical “significance”?

This past January, Slate writers Andrew Kahn and Rebecca Onion analyzed 614 popular history books published by 80 different companies. Biographies accounted for more than one in five titles on the list, and nearly 72% had men as their subjects.

(Have I mentioned that women make up over 60% of our student population?)

At least from the point of view of publishers, the reason for this is primarily economic. “I love to publish women’s biography,” one female editor told Onion and Kahn. “But it doesn’t tend to sell very well, overall…. When you think about the topics that sell the best, you have sports—those are mostly, if not all, men. Then you have political biographies. Presidents, so far, are all male.” Indeed, while less than 10% of the books analyzed were presidential biographies, such books accounted for over 20% of the best-sellers on the list.

Why is this? Kahn and Onion quoted from a 2015 blog post by historian Ann Little, which became part of the introduction to her new biography of Esther Wheelwright: 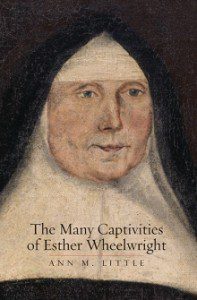 The subjects of most biographies in any national history are men. They are also overwhelmingly men who lived in the modern world, and these accounts reflect our contemporary preoccupation with modern history themes: politics, economics, warfare, the nation-state, and so on. These biographies are also invested in a particularly modern kind of subjectivity, that of the heroic individual who bends history to his will. He’s a man of singular genius, one whose fortunes aren’t made by his family, his community, or the times in which he lived. (p. 9)

Indeed, the subject I’ve got in mind for a biography is an American man who was viewed in his own time as a “heroic individual who bends history to his will.” So even if I avoid the hagiographic celebration that I wrote about last time, I fear that writing such a biography would only extend the problem Little describes.

She’s especially aggrieved by the continuing prevalence of Founding Fathers biographies, since they “commemorate only some kinds of power and politics, and avoid the rest.” My potential project would focus on a more recent figure, but I’d need to keep in mind Little’s critique of the many books on Washington, Jefferson, and (yes) Hamilton:  “The focus of these books is on both personal and national greatness, not the patriarchal, slaveholding world that permitted these privileged white men to rise to the top of their colonial society long before independence from Great Britain was ever imagined.”

Even if I convinced myself to write about the “heroic individual” who’s been proposed by an editor, I’d have to complicate the notion that his “fortunes [weren’t] made by… the times in which he lived.” Instead, I’d see his story as shedding light on those times, as he mirrors the ambitions, values, and shortcomings of the same society that enabled his ascent and celebrated his “singular genius.”

Again, he’s not my first choice. Part of me wants to tilt at windmills and push back against the publisher’s response that my first proposal was too obscure. After all, isn’t it possible that a biographer ought to spend their scarce time helping readers understand overlooked forms of significance?

So as Little continued to introduce her biography about a little-known nun who died a year before Yorktown, I nodded along with her questions: “So why do readers clamor for books about people they’ve already heard of? Why don’t writers and readers look for fresh stories of people they’ve never heard of before?”

(Be honest: a few paragraphs ago, how many of you asked, “Who’s Esther Wheelwright?” I did, when I first heard about Little’s book.)

In part, she admits, it’s simply “better business to write about the rich and famous because there’s already a built-in audience of book buyers for that latest biography of John Adams, George Washington, Andrew Jackson, or Abraham Lincoln. It’s easier and more fun for middle-class North American readers to identify with rich and powerful individuals rather than the victims of history.” That was also the first answer I remember hearing at a Conference on Faith and History session in October, where Kristin and other panelists discussed the challenges facing most would-be biographers of women.

(By the way, Little’s acclaimed biography is only #48 on Amazon’s list of historical biographies and memoirs… of Canadians. Overall, it’s #311,661 — which I’m happy to admit is four hundred thousand spots above my pinnacle on that list. The most popular historical biography at Amazon is about a woman, albeit the daughter of a famous man. Napoleon is #3, Jefferson #10, Hamilton #11, and Winston Churchill #12.)

But the first reason Little gives for the enduring popularity of biographies about politically, militarily, and economically powerful white men actually concerns methodology. And that’s where I’ll pick up the series next weekend. 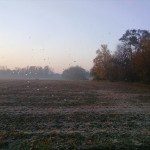