Seeking God in The Holocaust

PARIS — As we pass the halfway mark of our travel course on the history of World War I, I’m starting to think more about the spring course I’ll be teaching on World War II. To help me with that preparation, I’ve been reading Peter Fritzsche’s new book, An Iron Wind: Europe Under Hitler. 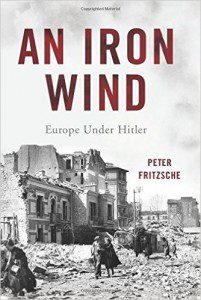 A fixture on Best of 2016 lists, An Iron Wind is Fritzsche’s spellbinding attempt to understand how both Germans and those they conquered and slaughtered “came to intellectual grips with the most terrible conflict in modern history.” In the process, he raises the kinds of questions that Christians, like all people, still wrestle with:

The dilemmas of choice, responsibility, and witnessing that World War II exposed still structure the intellectual world we live in today. In the most dramatic way, the war posed existential questions about the solidarities among men and women, the human capacity to accept evil, the existence of God, and the shortcomings of witnessing, many of the elements that make up our own postmodern sensibility. Whenever we return to the terrible years 1939–1945, we are forced to wonder about what it is that makes us human and frail.

In order “to listen and to analyze how people made sense of the deadliest war in modern times,” Fritzsche makes use of what he modestly calls “ordinary documents that observers created for themselves.” In truth, he draws on a stunning, multinational array of primary sources, ranging from novels like Jean Bruller’s The Silence of the Sea (surreptitiously published under the nom de plume Vercors, in the middle of the German occupation) to the reports and diaries of Swiss doctors and nurses who went to the Eastern Front on a humanitarian mission and witnessed dehumanization.

But I’ve been most struck — because of the questions raised and the evidence deployed — by the chapter on theological wrestling. To recover Jewish debates about God, suffering, and hope, Fritzsche turns often to the archives heroically preserved by Emanuel Ringelblum and his colleagues in the Warsaw Ghetto. To recover such discussions from the German side, he draws on two sets of mimeographed newsletters, containing ideas exchanged by devout Christians serving in the Wehrmacht.

Remarkably, both persecuted and persecutor found God in the midst of the Holocaust — even as the latter entirely ignored the suffering they helped to inflict on the former.

No doubt the events of 1914-1918 “exposed basic failings in major social institutions.” Yet Fritzsche concludes that “individual men and women emerged from the war abused, victimized, but still very much human.” Its sequel, however, “exposed something else.” What took place in Europe between 1939 and 1945 “erased whole horizons of empathy as people crouched within their own little worlds of tenuous security.” In short, it “made men and women look smaller….”

But if Fritzsche is right that WWII showed humanity to be “indifferent to the fate of others, particularly Jews,” we must acknowledge that some came to the same conclusion about God.

Now, Fritzsche doesn’t overstate the religious effects of WWII. He follows Richard Schweitzer in arguing that WWI had primarily produced neither atheism nor revival but a “diffusive Christianity,” whose adherents “did not feel the need to avow God in their everyday lives but also did not question his presence or existence.” For the most part, finds Fritzsche, WWII reinforced this.

To be sure, the Polish writer Czeslaw Milosz feared that too many of the war’s participants “found a comfortable existence ‘in the ruins of the ethical world, in the ruins of faith,'” where they “turned to worship their ‘own tribe against the enemy tribe’ in ‘place of the overthrown gods.'” He hoped that the trauma of war would nevertheless “‘renew’ the entire ‘tradition of Western Christianity.'” But for most of Europe under Hitler, Fritzsche concludes that the “violence of the occupation was evidently never so great as to create ‘foxhole’ conversions, nor so unsettling when human suffering was contemplated as to force the issue of the existence of God as such.”

With two significant exceptions: at least a few Germans and most Jews went through an agonizing reappraisal of God’s existence and God’s relationship to humans.

I won’t try to review this chapter at length, but “The Life and Death of God” points to some surprising similarities between Jewish and German attempts to think about God in light of the war — and to an enormous gap.

First, the war did cause some to reject faith altogether. Fritzsche cites estimates that “about one-third of Holocaust survivors, most of them Orthodox, lost faith in God, and almost no nonbelievers became believers in the same period.” While some initially hoped that the suffering would precede the return of the Messiah, others found it impossible to sustain faith “despite everything.”

Yet for most Jewish believers, “God remained present in the catastrophe.” The poetry of Psalms and Lamentations, the laws of Deuteronomy, and the story of Job helped yet another generation of God’s Chosen People make meaning of his silence in the face of evil.

More unusually, “the events of 1942 and 1943 did make more pertinent the idea of a crippled God who stood in for his horribly wounded people…” The most striking example of the theme comes from poet Yitzhak Katzenelson, who wrote of the Jewish people, “They are God!… A great and vast nation of Jesuses… not only Jesuses of thirty years of age, but old and venerable Jesuses… infant and child Jesuses… murdered Gods.”

Oddly, the experience of certain Christians in the Wehrmacht led them to a similar conclusion… though not to empathy for their victims.

To a troubling extent, the Nazis did convince some Germans (especially the youth) to see National Socialism as “a highly relevant moral and ethical current, and an alternative to Christianity,” and so to “[reject] the Judeo-Christian God of mercy and love and the humanistic ethic that had developed as a common part of European civilization.” But most Germans contrived ways to reconcile their “diffusive Christianity” with their participation in — or bystanding during — the Nazi race war. And some responded to the violence by engaging in serious theological reflection.

The conservative army officers whose letters circulated in the Sternbriefe newsletter found that their piety isolated them from fellow soldiers. Nevertheless, they initially fused faith with German nationalism; biblical imagery of light overcoming darkness was applied to the struggle against Bolshevism, for example. But when the actual war in the Soviet Union went wrong, they began to see God’s judgment on their nation. “God doesn’t need our people,” wrote one such officer after the defeat at Stalingrad, “as little as he needed the chosen people in the Old Testament!”

More intriguing still are the excerpts from another Christian newsletter, the Rundbriefe, whose writers were former students of scholars associated with the Confessing Church. These young army officers were already prone to see Kirche and Reich in tension, and never interpreted early German victories as supporting evidence for the claim inscribed on their belt buckles: “God with us.”

Instead, they hoped that the experience of war would bring about the conversion of ordinary soldiers. Focused on the “impotent suffering” of the freezing, starving comrades around them, they began to see such soldiers

as almost Christlike figures. God affirmed his presence amid the misery the soldiers endured, but this meant that he could not or would not alleviate the afflictions of the faithful, a motif Jewish quarrelers with the Lord outlined as well.

The Failure of Empathy

Despite this remarkable parallel, Frietzsche reports that even these German letters are conspicuously silent on the Shoah itself: “…the calamity of war was usually understood as something German soldiers shared with other belligerents, but it is not imagined in scenes of the mass murder of the Jewish people.”

This silence is just one example of a theme running through all of An Iron Wind:

The violence of the war was so extensive that people tried to contain it by separating themselves from the fate of others. World War II revealed the broad collapse of structures of empathy and solidarity in a way that World War I never did.

We might want to believe that Christians like the Rundbriefe authors were exceptions to this rule. But even as they joined Jews in seeing a vulnerable God suffering alongside those made in his image, this key difference remains:

Jews were in a much better position than Christians to see the hypocrisy of Christian injunctions to show mercy and love, because they were on the sharp receiving end of Christian anti-Semitism or indifference. 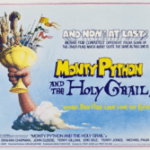 January 18, 2017 Mandates from the Masses and the Call to Courageous Christian Scholarship
Recent Comments
0 | Leave a Comment
Browse Our Archives
Follow Us! 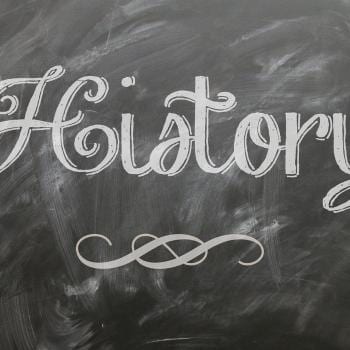