Not long ago, I posted about the Book of Acts, suggesting that some very early reader of that text went out and collected what all later ages now know as the collection of Paul’s letters. Specifically, I suggested the collector responsible was “Theophilos,” either the actual name or pseudonym of the person to whom Luke dedicated his writings. Following up on that, I returned to one of the very best scholarly works on Acts, which is of course by Ben Witherington, and what I found there was fascinating for what it suggests about what is knowable, and unknowable, in that early era. It also says much about the authorship of Acts. Do note that I think that Ben wrote a brilliant piece of scholarship, which is different from meaning that I agree with each and every argument he makes!

I particularly admire a valuable section of the book (pp. 77-97) in which Ben reconstructs a chronology of Paul’s life. What everyone recalls from Acts is the road to Damascus conversion and Paul returning to testify about his new belief in Christ. From the letters (which the author of Acts did not know), we can piece together other major portions of Paul’s travels and his career. And we can make an excellent attempt at reconstructing what Paul was doing in his later years, roughly from AD 47-62, up to his arrival in Rome (Acts 11-28).

But here is the problem. Assume that Paul was converted in 33 AD (with a year or two’s leeway either way). It seems highly likely that between 33  and 47, Paul was heavily engaged in the kind of mission and evangelism that we know from the later accounts of work in Philippi, Corinth and the rest, as he shared his new truth about Jesus. But we know very little of this part of his life – literally, half his time as an evangelist. For one whole decade – 37-47 AD – both activities and locations become very obscure indeed, to the point of non-existence.

We can make some well informed estimates as to location. In Galatians, Paul famously talks about visiting “Arabia” right after his conversion, before returning to Damascus, and many of us might assume that he was off in the desert contemplating. That is almost certainly wrong. Martin Hengel published a terrific piece of scholarship about Paul between Damascus and Antioch: The Unknown Years (Westminster John Knox, 1997), exploring the rich culture and politics of that booming “Arabian” area at the time.

Quick trivia point: of all the secular rulers of the world at the time, Paul mentions precisely one. Who was it? Not Claudius, not Nero, but Aretas IV Philopatris, king of the Nabateans – that is, of “Arabia.”

After his time in Arabia – three years or so – Paul would have worked in the areas we generally call Syria and Cilicia, the region that looked to Antioch, which he would certainly have known well. And in 47, he is in Tarsus where Barnabas finds and recruits him. Did he really do nothing else in all those intervening years? Did he not visit neighboring provinces?

Going back to my original column, that does underscore just how very partial the canonical letters of Paul are as a sample of his actual writings, and how many more there must have been. We know about letters to the Corinthians and Philippians. Were there letters to the Petraeans, the Bostrans, the Damascenes, the Antiochians? As I have suggested, the reasons why we don’t have this corpus are simple. In a couple of cases, these were areas where the Jesus movement was rooted in Judaism, and where Jewish congregations were uprooted and slaughtered in the wars of the 60s. But more specifically for present purposes, the author of Acts just knew nothing about them, not even to attempt padding. As a result, Paul vanishes for long and surprising sections of Acts.

Think how matters might have been different. Suppose that Acts featured one word about Paul in Arabia, literally a word. Then my hypothetical collector of Paul letters could easily have written to a couple of obvious cities, such as Bostra, to see what might be found there, and who knows what still existed at that point? In fact, the author of Acts knows not a word of this story,

In consequence, the early readers of Acts had no inkling of those years of mission, and either did not bother to go hunt down letters; or else they tried, but the earlier destruction was so total that they could find no clue of what had once been there. Without the documents, there could be no history. And that is why virtually all maps of the early church and Paul’s  “missionary career” omit large parts of that story, and show his work in what we today call Greece and central/western Turkey, and nothing from the modern territories of Syria or Jordan. They invariably talk of his “first missionary journey,” with not a word about its predecessors.

Tell me how the documents are collected and how or whether they survive, and I’ll tell you what we think the history is.

The 2 Corinthians section actually sounds so horrendous that the portion of Paul’s missionary career we hear about in Acts looks rather like the quiet stage, a kind of genteel retirement after the real turmoil.

Ben then moves on to note Paul’s visionary experience in 41-42 AD, with the “thorn in the flesh.” And that takes care of a decade of Paul’s life.

The author of Acts has no sources whatever for that lengthy period in Paul’s life, of c.37-47. Why is that? And what are the implications of this for the authorship of Acts? As is well known, Acts includes several substantial passages that record journeys that “we” took, through the 50s (16:10–17; 20:5–15; 21:1–18; 27:1–37; 28:1-16). Many very reputable scholars believe that this “we” includes the Luke who went on to be the author of both the Books of Luke and Acts, and that has the advantage of giving a real first hand quality to Acts in particular. I think it is quite likely that the author of Acts – let’s call him Luke – really was using and integrating a travel journal or diary of some kind here, complete with the we passages, but it need not have been his own work. In fact, there are strong arguments to believe that the Acts author was not personally part of any “we” in his text.

Let me explain. Assume for the sake of argument that “Luke” authentically was a companion of Paul for some months or years, traveling with him on lengthy and time-consuming voyages, and in very small groups of only a handful of travelers, perhaps two or three. Surely, they talked to each other. Yet in all those interactions, Paul never once breathed a word about any time in Arabia, or basically anything he did between his conversion and first trip to Jerusalem c.37 AD (Acts 8-9) and Barnabas finding him in Tarsus in 47 AD (Acts 11.25). Never once did Paul say to his companions, for instance, “You think things are bad in Corinth! Let me tell you about that house church in Bostra…”). Paul never mentioned his miraculous deliverance from a mob in Tyana or Hierapolis, or Tarsus itself. He said remarkably little about the various horrors he described in 2. Cor. 11, and which he evidently was not shy writing about. He never once mentioned his substantial Arabian adventures, nor any other dramatic and transformational experiences from that missing decade.

Not only did the author of Acts not know Paul’s letters, but (I would argue) he had never met nor interacted personally with Paul. The author was not a companion of Paul, nor is there any worthwhile reason to associate him with the “Luke” who actually was such a companion (Col.4.14). The author was a historian, not a participant.

As a historical source, Acts is crucial and indispensable. But there is no evidence that it contains any element of autobiography. 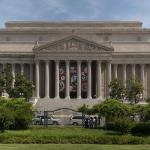 May 16, 2019
Don't Balance Budgets on the Back of History
Next Post 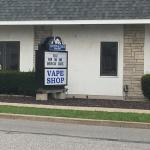 May 20, 2019 Again with the Evils of E-cigarettes
Recent Comments
2 Comments | Leave a Comment
"Impressive article. Provides the necessary perspective for entering into an informed discussion about the science/religion ..."
the old scribe Science, Religion, and Nineteenth Century Protestantism
"Very helpful! Thanks! It seems history has always been used as a weapon."
Roger McKinney Science, Religion, and Nineteenth Century Protestantism
"You have done nothing to refute my point. Certainly we should do the affirmative things ..."
NorrinRadd Ron Sider and the Fate of ..."
"When we try to prohibit behavior that many people consider, we simply drive the behavior ..."
Silverwolf13 Ron Sider and the Fate of ..."
Browse Our Archives
Related posts from Anxious Bench