Again with the Evils of E-cigarettes

Someday, soon perhaps, the Juul e-cigarette will pass into the heap of cast-off youth fads and we may breathe sighs of relief that that’s over. 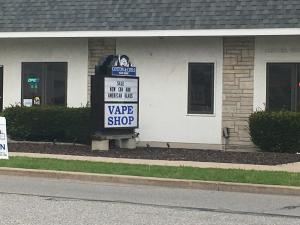 Until then, fuel for wild-eyed screeds against the product needs to come from somewhere. Religious and moral opposition to smoking has a long and varied pedigree, from the “Counterblaste to Tobacco” of England’s King James I, to the seventeenth-century papal rulings against tobacco use at Mass, to calls by long-skirted ladies of the Women’s Christian Temperance Union. In his “Counterblaste” the king rued the noxious weed, with its precious stink and its stygian smoke, though when his namesake colony made tobacco its cash crop, he was plenty willing to accrue its tax monies. Perhaps anti-tobacco precedents might offer vocabulary useful for decrying its malignant cousin, the e-cigarette.

Because meanwhile, for the last two years, report after report  cluing in parents to the teen trend in e-cigarettes has become tedious. Two years ago, a parent might need warning that that is not really a USB drive in her kid’s backpack, but I am not sure who still needs that advisory in 2019. Articles about e-cigarettes, vaping, all tell roughly the same story: Regular cigarettes became tacky among America’s young adults and e-cigarettes took their place. E-cigarettes used to be pretty boring. Then the Juul company invented a narrow rectangular nicotine-delivery device whose appearance is often compared to a flash drive, elongated, and began marketing its product to kids. We know it is marketed to kids because the nicotine liquid it delivers is flavored with mango, mint, and fruit medley, flavors your kids might otherwise be offered in lollipops or fancy soda–or fluoride treatment at the dentist, plainly purposed to make palatable something kids might otherwise not choose. Advertising slyly reminds targeted consumers in the 13-17 age bracket that they are not allowed to puff this, that this is for grown-ups. That transgressive character adds to the appeal. The thing turned out to be so easy to puff and put away, to charge on the socket aside a laptop, that kids learned they could get away with doing it in class. Wow!

Juul insists that it is indeed a product marketed to grown-ups, and not just any over-18s but to those who need it. Straightfacedly, even with a little wounded resentment, Juul protests that theirs is a product oriented to adult wellness, since it’s designed to help smokers quit. Therefore, the company and its friends maintain, it would be not only wrong but harmful to  regulate, because adults need this to help quit cigarettes. Long-term benefits from adults ceasing cigarettes outweigh harms from youth consumption of liquid nicotine that tastes like cotton candy. The relationship between the flashy newcomer hoping to bury cigarettes and cigarette makers themselves itself got more complicated when, last December, Altria, owner of Phillip Morris, went in for a 35% share of Juul.

It is not as though waves of reporting have had no effect. The FDA last year imposed sales limits of flavored pods. Juul discontinued its Facebook and Instagram appeals, and Juul now sells flavored pods at smoke shops and its age-checked website rather than in convenience stores. Massachusetts’ Attorney General Maura Healy is investigating Juul (although Juul has hired her predecessor, Martha Coakley, in retort). Last week North Carolina’s attorney general filed suit against Juul to curb its targeting and selling to minors. But neighboring South Carolina is fixing to receive big investment and hundreds of jobs with a new Juul plant.

Vaping is everywhere, from sea to shining sea, in every hamlet, high-rise, and farm, on main streets near you. Mine, in fact, has three designated vape shops on its pleasant commercial thoroughfare, plus a few extra convenience stores and gas stations who also vend vape juice. One store is named, most vexingly, “Cotton and Coils,” as though it were a quilting boutique like its neighbor down the block.

Unlike cigarettes, which carried behind them agricultural infrastructure and a culture of cool—even if they were mostly about revenue and profit–these unfortunate flash-drive impersonators rained into playgrounds without any such countervailing merit. Jia Tolentino’s outstanding New Yorker piece on the temptations of vape culture found it finally vapid, if dangerous, especially to vulnerable young people.

Concerned parents—all of whom should already know about this—may hope the thing goes away soon: how long, O Lord? But the too-familiar threat won’t vanish even when the Juul fad peters out. Vaping is hard to quit, as some excellent stories attest, and they’re still coming. On this phenomenon, Tolentino writes, “a casual Juuler becomes a habitual one very quickly.” Even when the fad is over, its expiration will leave plenty of wreckage in its wake.

Meanwhile, I may fulminate and states may investigate, litigate, and regulate away, but what really would make change would be change in culture, a well-placed “eew” by a queen-bee high-school character on a Netflix Original, a curled-lip sneer by a good-looking guy on the big screen.  All I can do is issue a motherly counterblast. Though I can’t say I’m not tempted to plant, Carry Nation-like, dressed in black with hatchet in hand, outside one of vape emporiums on Main Street. 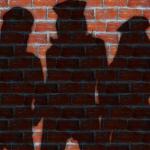 May 21, 2019 Rachel Held Evans, Beth Moore, and the Power of Evangelical Coalitions
Recent Comments
0 | Leave a Comment
"Good point!"
mmcguire001 Advent: The Most Apocalyptic Time of ..."
"Always appreciated the tension of Advent. Fleming Rutledge is, in my opinion, one of the ..."
mmcguire001 Advent: The Most Apocalyptic Time of ..."
"Hey Mike, The political Religious Right must cut huge sections out of their Bible in ..."
Artistree Ron Sider and the Fate of ..."
"I think people are being very thin skinned about an opinion of one person. But ..."
Roger McKinney A Panopticon for a Ruling Class ..."
Browse Our Archives
Related posts from Anxious Bench