Jesus at Hanukkah: Winter is Coming

The feast of Hanukkah begins this year on the evening of Sunday, December 22 (missing the solstice by just one day). Although Christians do not celebrate the feast, anyone with Jewish friends or neighbors will know it as a lovely event, with its lights burning through the Winter darkness, and its symbolism of liberation. If cities don’t have menorahs in front of their public buildings, next to Nativity scenes, they should. But although it is not Christian, Hanukkah does feature in the New Testament, in an odd and suggestive way. Bear with me as I pursue a seasonal exploration here.

Jesus and the Dedication

John 10.22-23 says, “Then came the Festival of Dedication [egkainia]  at Jerusalem. It was Winter [cheimón], and Jesus was in the Temple courts walking in Solomon’s Colonnade.” This then leads into a controversy between Jesus and some Jewish opponents, who are appalled by what they see as his blasphemous claims. That egkainia is what we today call Hanukkah, the celebration of the liberation of the Temple during the Jewish revolt against the Seleucid Greeks, in 164 BC – an event I will return to in another post.

That John passage demands some unpacking, and the more we think of it, the odder it looks. It is a rare example of Jesus being recorded as celebrating a Jewish feast or holiday. Other than Passover, the other exception is Sukkot, or Tabernacles (skenopegia) in John 7.2 – and as I’ll explain, that is a crucial point. That Hanukkah is also the only event in Jesus’s life that is specifically dated to a named season of the year, namely Winter. We can make reasonable guesses about the timing of other events described in the gospels, and scholars have suggested how John in particular is alluding to the Jewish ritual calendar in organizing his work. But this particular line is specific. I have not calculated the date, but you could with reasonable probability pinpoint the actual week in 28 or 29 AD that is being referred to.

That Jesus would celebrate all Jewish feasts, including Hanukkah or Sukkot, is no surprise whatever, and as Craig Keener points out, any suggestion to the contrary wrongly diminishes and distorts his Jewishness. But the question does arise of, why mention Hanukkah? Judaism has many high and holy days, and Hanukkah was rarely a particularly important one. Only in modern times has it achieved its great visibility in Western countries, as a kind of counterpart to Christmas.

The timing issue is interesting in other ways. The gospels offer different messages about Jesus’s presence in Jerusalem. In the Synoptics, he is only specifically mentioned as visiting the city for his final confrontation, and death. In contrast, John suggests regular visits to Jerusalem, although partly that is because editors have sliced and diced earlier texts to rearrange materials for narrative or theological ends. For instance, Jesus’s cleansing of the Temple in John 2 must have happened at the end of his career, yet here it features near the beginning of the story. But John does have something of an advantage here: although the Synoptics don’t mention Jesus’s earlier Jerusalem visits, such must have occurred during the great pilgrim feasts.

But as I say, the Hanukkah reference stands out. Jesus is explicitly located in the city in the Winter, presumably in December, implying a visit that is clearly distinct from the Passover season visit in his last days. Also, Hanukkah was not a pilgrim feast.

Why tell us it is Winter anyway? John does not helpfully add that Tabernacles or Passover occur when they do, respectively in Fall or Spring. Need I add that no New Testament tradition associates Jesus’s birth with the bleak midwinter? If anything, the stories point to the Spring, when shepherds might plausibly have been found watching their flocks on Judean hills.

What is happening with this Hanukkah/Winter story? I would suggest three things.

One is that, in its liturgy and symbolism, Hanukkah had a major overlap with Tabernacles, and so that discussion should be seen as part of the larger Tabernacles debate in John’s previous chapters. The eight days of Hanukkah echo and reproduce the eight days of Sukkot. Luc Devillers is a leading expert on this Tabernacles theme in John, and as he remarks (in a review), “the liturgy of the Dedication was duplicated in that of Tabernacles (see 2 Maccabees 10:6), so that the new feast was sometimes called “The feast of the Tabernacles of the month of Chislev” (2 Maccabees 1:9).” If you will pardon the phrase, it is Tabernacles Part Deux.

According to John, Jesus is in Jerusalem for Tabernacles in October (John 7) and again for Hanukkah in December (John 10), but those references are not given for biographical precision. What matters centrally for John’s argument is to fit Jesus into the Jewish liturgical year, and especially to those festivals pointing to the identity and renewal of the Jewish people. When John says that Jesus was in Jerusalem in feasts falling in October or December, he may or may not have been correct historically and biographically, but that is subordinate to his main purpose, and even irrelevant.

One other obvious point. Hanukkah is about the destruction and rededication of the Temple after a period of pagan overlordship. Now there was a potentially very subversive subtext for Jesus’s time, an explosive precedent for a time of Roman occupation. In various ways, all the evangelists were deeply interested in the Temple, and Jesus’s relationship to it. At his eventual trial, claims that he had spoken of destroying the Temple proved lethal. Eitan Bar also makes an excellent point about the Hanukkah passage in John. As he asks, if people at this particular Hanukkah season were necessarily thinking of the Maccabean insurrection, how did that condition their expectations about Jesus as a possible leader of political revolt? Might he himself be seen as a neo-Maccabee, so to speak?

Also critical is the reference to Winter, cheimón, which has meanings quite apart from anything to do with feasts or holy days. That word signified the season that we know, but it also carried other implications, of tempest, storm, and general turbulence. In Matthew 16, Jesus says “When evening comes, you say, ‘It will be fair weather, for the sky is red,’ and in the morning, ‘Today it will be stormy, for the sky is red and overcast’.” That “stormy” phrase is literally “there will be a storm [cheimón].” In Acts 27, the storm [cheimonós] continued raging.

By way of numbers, the word cheimón features six times in the New Testament, including the present Hanukkah one. Of the remainder, Engish versions normally render the word as “storm” twice (Matthew 16 and Acts 27). Two other references occur in parallel passages in Matthew and Mark, where Jesus prophesies the horrible times awaiting Jerusalem, and warns his followers that when they are forced to flee, they should pray that their flight does not take place in the Winter, cheimonós. That again points to the grim and threatening connotations of the word. Otherwise, only the use in 2 Timothy 4.21 is purely seasonal.

Cheimón may mean Winter, but never in the pleasant sense of a Winter Wonderland. It’s not so much Jack Frost nipping at your nose, as the Angel of Death tapping on your shoulder.

So no, I don’t just think Winter is mentioned because it is when Hanukkah happens year by year. Rather, there are truly ominous implications here for the narrative as it develops. After the Hanukkah scene, we move into the raising of Lazarus, and the sequence of plots that culminate with Jesus’s death. It is almost as if John says “Jesus went to Jerusalem. The storm clouds were gathering.”

I offer an analogy from John 13. At the Last Supper, “As soon as Judas had taken the bread, he went out. And it was night [en de nux].” “Night” there is not just a chronological reference, it is an ominous symbol for a state of darkness and malevolence.

To get the sense of what John implies by his use of cheimón, let me adapt another phrase that is popular today: Winter is coming.

Eitan Bar, “Hanukkah,“ in Craig A. Evans and David Mishkin eds., A Handbook on the Jewish Roots of the Christian Faith (Hendrickson, 2019), 92-95. This short piece is very good on applying the specific content of Hanukkah and its Maccabean origins to the dialogue between Jesus and the crowd. 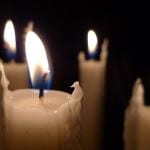 December 21, 2019 Our Favorite Articles of the Past Year
Recent Comments
0 | Leave a Comment
"I know you couldn’t cover everything in such a brief history of evangelicalism, so I ..."
Roger McKinney Can Northern Evangelical Institutions Survive Evangelicalism’s ..."
"Dr. Barr,I believe Dr. Doug Oss was one of the contributors of notes to the ..."
Brian Roden Deconstructing the ESV: A Historian’s Response ..."
"I'm going to say that predatory priests and religious, along with the Magdalene Laundries, represented ..."
Jon Altman The Death Of Christian Ireland – ..."
"Sorry! I'll correct the post in just a second..."
Chris Gehrz “Evangelical”: Past, Present, and Future
Browse Our Archives
get the latest updates from
Anxious Bench
and the Patheos
Evangelical
Channel
POPULAR AT PATHEOS Evangelical
1