On January 27, 1945, the Red Army arrived in the Polish town of Auschwitz, in hot pursuit of the retreating German army. To their surprise, the Russians found something they were not looking for, and did not even know existed — the largest Nazi concentration camp, Auschwitz, where at least 1.1 million Jews were murdered during the Holocaust. The Red Army liberated the camp, containing at that point an estimated 9,000 prisoners.

Sixty years later, in 2005, the UN General Assembly designated January 27 as International Holocaust Remembrance Day. On the eve of this year’s Holocaust Remembrance Day, however, now seventy-seven years removed from the original event, I would like to complicate some assumptions we may have about remembrance days, first from a historical and then a theological perspective.

The concept of memorial days implies the decisive placing in the past of the horror or tragedy that is commemorated. When it comes to the Holocaust, however, the work of three historians of Modern Germany and Eastern Europe shows that the past never stopped haunting the present in unexpected, but no less traumatic, ways.

That haunting can take a profoundly spiritual and supernatural shape, as Monica Black shows in her book, A Demon-Haunted Land: Witches, Wonder Doctors, and the Ghosts of the Past in Post-WWII Germany. Black tells the surprising story of postwar Germany, from 1947 to 1965, as a world of constant accusations of demonic possession, witch-trials all over the country, and controversial wonder doctors gathering thousands at a time for miraculous healings.

To the surprise and opposition of the central government, this obsession with the supernatural dominated the mindset of ordinary Germans, both those who had supported and those who had opposed the Nazis. Black believes that this flood of supernatural events, that seems so unexpected in mid-twentieth century Europe, is the direct result of the mass processing of societal trauma in Germany after the Holocaust.

Whether one was directly complicit in the atrocities of the Third Reich or not, a national reckoning rocked every ordinary German’s soul. And sometimes this reckoning manifested itself in the witch scare as a “neighbor-to-neighbor phenomenon.” In other words, postwar Germany was a world where people felt that they could not trust their own neighbors. Rather, if an ill (or an illness) befell someone, they were more likely than ever before to accuse a neighbor of causing it through witchcraft.

Meanwhile, in nearby Russia, the war marked neither the beginning nor the end of a nightmarish institution of forced labor and torture of citizens that began in the 1920s: the Gulag. In her Pulitzer Prize winning book, Gulag: a History, Anne Applebaum tells the story of this institution from its earliest days to the tortured present, in which struggles to uncover and publicize the truth continue to face suppression from the Russian government.

Of course, this uncomfortable truth was one that everyone who lived in Soviet Russia knew, but was conditioned never to voice out loud. For over four decades, from 1919 to 1960, the Soviet state arrested individuals on the most tenuous of accusations, often without a trial (or with a show trial), and sent them off, packed as animals on (literally) cattle trains, to the most desolate regions of the Soviet Union, to engage in such projects as laying railways in the Arctic wilderness, or digging the White Sea – Baltic Canal entirely by hand and with hand-made tools. The Gulag as an organization aimed to provide a constant source of unfree labor for the state while also punishing individuals and groups deemed to be “enemies of the state.” Officially ended in 1960, the Gulag continued on, nevertheless, as a system of prisons into the 1980s.

Applebaum notes that while Jews were only one of the many groups of “enemies of the state” that Stalin targeted at one point or another in his increasingly paranoid rule, the shift to target Jews specifically after WWII was particularly destructive and traumatic for a group that had already faced so much destruction. Furthermore, the mass arrests of Jews, including Polish Jews (in addition to Russian and Ukrainian Jews) by the Gulag after WWII encouraged the growth of the already prevalent anti-Semitism in Soviet society. This anti-Semitism has continued unabated after the dissolution of the Soviet Union, as both broader reports and recent individual attacks show.

Marci Shore’s The Taste of Ashes: The Afterlife of Totalitarianism in Eastern Europe adds another dimension to this story of the horrors of anti-Semitism in the aftermath of the Holocaust. 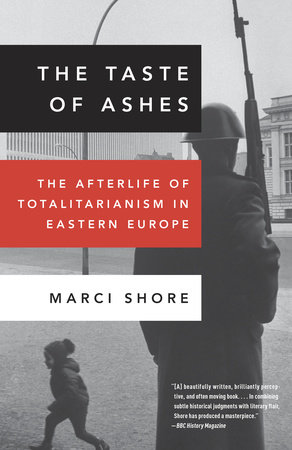 While focusing on the larger picture of the aftermath of the revolutions of 1989, she uncovers the complex and tortured experience of some young Poles in the early 2000s, as they recovered their Jewish identity and heritage, in some cases after a generation or two of suppression. As a result, such advertisements in newspapers appeared as a confidential line for those interested in “coming out” as Jews. Another advertisement appeared for “Ten Religious Jews,” an organization that rented extra Jewish men for Jewish ceremonies that required the ten-member minyan. A sense of trauma and loss pervaded overall. As one interviewee told Shore, “I’d like to have lived before the Holocaust” (Shore, 198).

Shore’s Yiddish instructor at Stanford, the child of Holocaust survivors, but himself born shortly after WWII, noted to her in speaking about his parents, “People do not come out of a history like Jewish history healthy” (Shore, 221). Continued anti-Semitism in Poland, as in Russia, continued to haunt survivors and their children.

Shore tells of one woman in Warsaw who joined a support group for child survivors of the Holocaust fifty years after she herself had narrowly escaped as a child. “She did not go to the meetings, though. She was afraid someone – a neighbor, perhaps – would notice her, that someone would spray-paint her door with anti-Semitic graffiti, that around her people would begin to whisper that she was a Jew” (Shore, 247).

Taken as a body, the works of Black, Applebaum, and Shore show that the legacy of the Holocaust and of anti-Semitism continues to be more insidious and longer-lasting than we might like to think. Through revealing generational trauma in action in Germany, Russia, and Poland, these three historians show different glimpses of the ways the history of Eastern Europe since WWII has been dominated by the Holocaust, unable to escape its shadow. For children and grandchildren of survivors, as I have seen in my own family, every day continues to be Holocaust Remembrance Day.

But lest we think that the anti-Semitism that the Jewish population of Germany and Eastern Europe has faced since WWII is something distinctly European, and not American, Jonathan Sarna’s recent piece highlights the prevalence of anti-Semitic conspiracy theories at times of turmoil. In America, as in Europe, blaming the “other,” including the Jews, is a common societal sin with a well-documented history of its own over the course of the twentieth century. My Anxious Bench colleague’s Chris Gehrtz’s recent biography of Charles Lindbergh, for example, includes some discussion of this issue.

We could stop here, but if we do, we end on a depressing note. True, as I tell my students, history is not warm and fuzzy. To study history is to study horrific trauma and atrocities, and we could indeed end on this note, acknowledging the continued presence of evil in our midst. But if we do this, we miss the opportunity to reflect on the theological significance for evangelicals of studying the history of such atrocities as the Holocaust. After all, it is through sound theology that we gain the tools to process the existence of evil in this life while knowing with certainty that this is not how the story will end.

As a military historian, I see the study of war and related suffering, such as that exemplified by the Holocaust, as the most relevant area of history for evangelicals. No other field of historical study shows so directly the consequences of the fall and sin on humanity. In war, we see in a very literal sense, that the wages of human sin are death. But knowing that God is just, and that He sees such profound suffering with compassion, gives us the hope and certainty of the same kind in which the earliest Jews and Christians were taking comfort, as they were living under a series of oppressive regimes.

Studying the Holocaust in light of eternity reminds us that evil will not prevail. But at the same time, recognizing this presence of evil in this life is important for growing in compassion for the suffering of others. History, and especially military history, encourages such compassion. But furthermore, the participation of Christians in perpetrating evil, including against the Jews, at various points in history reminds us to be humble ourselves in evaluating our own actions. 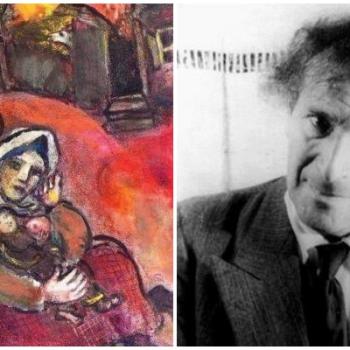 Evangelical
Can We Curse Putin? A Brief History of...
Anxious Bench
TRENDING AT PATHEOS Evangelical