Empires give particular religions a vastly greater geographical spread than they might otherwise have had, to the point of taking once-local groups and beliefs, and placing them in a transcontinental scale. That statement might be obvious, but the means by which such diffusion occurs deserve closer examination. What we might miss is just how extensively those religions were transformed in the process.

The most conspicuous examples of such a spreading occur when an empire adopts a religion as official, and brings it to remote corners of that realm. At the least, such an action accelerates the spread of that faith, perhaps by centuries. When Rome accepted Christianity in the fourth century, churches started appearing in some profusion from Britain to the Balkan frontiers. As I will discuss in a later post, that move had an added significance because of the ease by which culture and religion crossed official borders, to influence buffer states on the frontiers, as well as smaller tribes and ethnic groups that barely constituted states. Between 350 and 550, Christianity won its victories over multiple Germanic barbarian peoples, not to mention the Irish, while the frontier kingdoms of Ethiopia, Nubia, Georgia, and Armenia all became fortresses of the faith.

The Catholic Empires of Early Modern times brought not just Christianity, but imported it in the exact form they knew in their homelands. It was that decision – specifically by the Spanish and Portuguese empires – that transformed Christianity. from a European faith to a truly global reality, at home as much in Goa as in Angola, in Acapulco as in Manila. 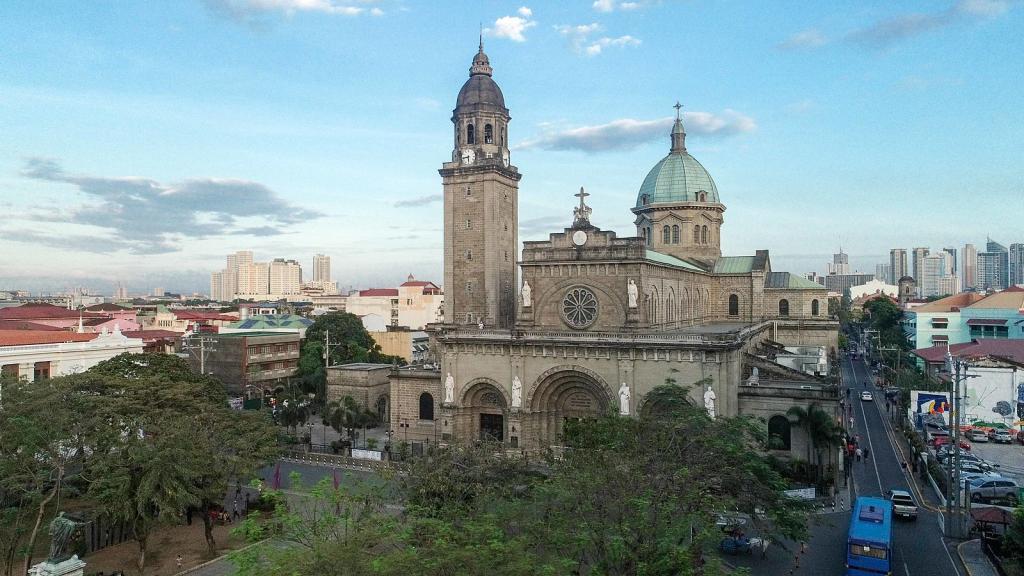 Conversely, an empire’s decision to accept one religion meant that it was not favoring a competitor: it was a zero-sum game. In the fourteenth century, it was quite plausible that one or more of the Mongol states that sprawled across Asia would become Christian. None did, and all in fact turned to Islam. In that particular case, the form of Islam that succeeded was intolerant, and that conversion was very bad news indeed for a Christianity that had previously operated far afield across the continent.

In more modern times, empires sponsored mission activities, across Africa and Asia. But empires had an influence far beyond such conscious evangelization. Through globalization, empires also diffused ideas and beliefs, often those far removed from official creeds. Between the fourth and second centuries BC, the great Hellenistic empires made it possible for inquiring minds in any society to sample from a sumptuous buffet of beliefs, including Egyptian, Mesopotamian, Jewish, and Indian ideas. In turn, those new discoveries reshaped Greek religion, and its Roman successors.

The Greeks were very open-minded about the cults and religions of the regions in which they settled. I posted here not long ago on how Greek sensibilities created the visual universe of Buddhism, and in the process birthed a major new trend of “Greco-Buddhism.” In the third century BC, an Indian ruler sent his emissaries to the Hellenistic rulers of the Seleucid and Ptolemaic Empires, urging them to consider conversion to Buddhism. Empires spoke to empires, and carried their faiths with them.

But the older Mediterranean religions also had their appeal. In Egypt, the first Ptolemy deliberately created the new Greek-styled cult of Serapis in order to unify the empire’s old and new populations. This new god merged the ancient native cults of Osiris and Apis into a composite figure in Greek mode, and he attracted a widespread following throughout the Greek and Roman worlds. Images of Serapis, this immigrant Egyptian deity, were created in the finest Classical style. The Egyptian goddess Isis, meanwhile, was combined with multiple female Greek deities to construct an all-powerful Queen of Heaven.

Sometimes such a foreign-derived figure became the centerpiece of one of the transnational mystery religions that were in vogue from the third century BC onward. The god Mithras was imported from the Persian borderlands. As those gods became domesticated in the Greco-Roman world, so they became unmistakably Classical in terms of visual depiction, and their worship came to depend on the Greek or Latin languages. Those cults, and the technical language they developed, are often recalled in the New Testament, and in other early Christian writings. In the third century AD, the prophet Mani created a hugely influential new religion based partly on Jewish and Christian beliefs, but with a major dose of Persian Zoroastrianism, and some Buddhism.

Intentionally or not, empires diffuse what had been local and regional faiths. As those religions become globalized, they change dramatically to the point that they are barely recognizable in their original settings. That is the story of Christianity.

Similar processes occurred in more modern times. When British Christian ruled the Indian subcontinent, that had the unintended consequence of opening Western societies to Hindu and Buddhist ideas. That process was well under way by the 1840s, when Henry David Thoreau reported that

In the morning I bathe my intellect in the stupendous and cosmogonal philosophy of the Bhagvat Geeta, since whose composition years of the gods have elapsed, and in comparison with which our modern world and its literature seem puny and trivial; … The pure Walden water is mingled with the sacred water of the Ganges.

It was British scholars of this time who observed all the diverse manifestations of some strange religious system across various parts of Asia – in Sri Lanka and Thailand, Japan and Mongolia – and who hypothesized that these were all remnants of one common framework of “Buddhism.” Odd though it may appear today, the idea of Buddhism as a world religion is an imperial invention, or rather a rediscovery.

So is Hinduism. That may sound absurd, as the Hindu scriptures are so many millennia old, and the customs of everyday life are even older. But it was in the face of Christian missions that Hindu thinkers reformulated and redefined the faith to create a largely new entity called Hinduism, with a special focus on accessible key scriptures that could be used as a retort to the pocket New Testaments distributed by those proselytizers. The Bhagavad Gita proved ideal for this task.

Just as a side note that take us beyond the scope of religion strictly defined, China’s Mao Zedong was no less impressed by the value of such a concise and portable book conveying the central message of an ideology. That inspired him to create his own Little Red Book, which for a few years was one of the most widely published volumes on the planet. Or maybe referring to Maoism really does not take us that far from the world of messianic and millenarian religious thought.

To return to the idea of how the Western encounter transformed Hinduism, and made it into what Westerners would call “a religion.” A recent New Yorker had a nice review by Casey Cep of a new book by Ann Delia Subin on Accidental Gods. Cep cites the work of

the German philologist Friedrich Max Müller. He was heralded as an expert on India despite never having been there, Subin points out, and he helped create the discipline of religious studies, in the late nineteenth century. Previously, Europeans had divided the world into four religions: Christianity, Judaism, Islam, and Paganism. Müller added others, among them Hinduism, Buddhism, Confucianism, and Taoism. He could make a religion out of “anything that sufficiently resembled Christianity,” Subin writes, whether or not the culture it came from regarded it as one faith or, for that matter, as a religious faith at all. So it was that one of the world’s oldest, most varied systems of thought became “Bramanismo” and “Gentooism” and “Banian Religion,” then finally the exonym Hinduism, a single label applied to the diverse beliefs of all the people living around the Indus River, who were then declared with Procrustean zeal to have a trinity and to be in need of a pope.

As I say, Hindus themselves in this era were themselves almost as determined to construct a single religion.

In the 1870s, Anglo-American thinkers devised a new religious synthesis rooted thoroughly in Hindu and Buddhist ideas, that they called Theosophy. Right up to the Second World War, that movement had an inordinate influence on Western thinkers, and thoroughly permeated literature, music, and the visual arts. Meanwhile, occult and esoteric movements brought Hindu and Buddhist themes to a mass audience. Vastly influential new pseudo-scriptures like The Aquarian Gospel of Jesus the Christ (1908)  sought to show Jesus’s immersion in such Hindu and Buddhist principles. The New Age, as it was later known, is a direct inheritance from those European empires.

January 28, 2022
At Long Last... Previewing the 2022 Meeting of the Conference on Faith and History
Next Post 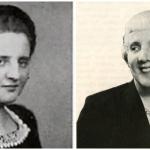 February 1, 2022 "Female Leadership Has Been a Consistent Part of Baptist History": A Northern Example
Recent Comments
0 | Leave a Comment
"Very good article, and it reinforces my view that many who call themselves pro-life are ..."
Summers-lad Who Will Bear the Cost of ..."
"Dr. Borja,Great article and something I've been really struggling to think about from my own ..."
Luke Martin Shimek To Pray or Not to Pray: ..."
"I appreciate your rational, balaced, Christian approach to this huge question."
Phil Bence Who Will Bear the Cost of ..."
"Laughable stuff. That attitude can't be blamed from Greeks and Romans because the entire Mediterranean ..."
Tom Hanson Because Christian Patriarchy Isn’t Christian
Browse Our Archives
Related posts from Anxious Bench