Throughout history, Empires have shaped religions worldwide, often in quite revolutionary ways. Commonly, they have their greatest impact through actions that are unconscious and unintentional. To take an example, empires fight wars, and through most of human history, that has involved various kinds of population transfer, from mass enslavement and deportation, to the forced relocation of individual captives and slaves. Those unwillingly moved people commonly take their religions along with them, and the consequences can be far reaching. The obvious example is the deportation of the Hebrew people by the Babylonians in the sixth century BC. The echoes of that action resonate to this day, in terms of the impact on Judaism, and later Christianity, while Mesopotamia/Iraq remained a crucial Jewish center until quite modern times.

So frequently do such things happen that this appears to be a regular but under-studied factor in the transmission of religious beliefs and loyalties. This may be a dumb question, but has anyone written a book on current and former slaves as vehicles for evangelization? I don’t just mean slaves becoming preachers or ministers in the land where they had always lived, but rather serving to transport the faith to wholly new territories, perhaps even introducing it for the first time.

The best-known example of such a slave-as-missionary was Patrick, seized as a boy in Britain in the early fifth century AD, and carried to pagan Ireland. He escaped, but returned to convert the land of his captivity. The enslavement was anything but an unusual experience at the time, as the borders of the Roman Empire crumbled in the West, while eastern territories too were prone to constant warfare and barbarian raids – and those raids were usually intended to collect slaves. Contemporary saints’ lives show how frequently bishops and clergy sought to relieve and ransom Christian captives in barbarian hands, suggesting that this must have been a very commonplace situation, in Europe as well as the Middle East.

The Caucasian land of Georgia produces the astonishing story of Nino, who was probably born in Cappadocia. Accounts of her life vary, but a strong early tradition says she was brought to Georgia as a slave around the year 300. When the queen became sick, Nino healed her, and that in turn led to a royal conversion. Georgia then became Christian, which it remains to this day. Nino is remembered as the Enlightener, “equal to the apostles,” and she remains Georgia’s national heroine.

I tend to believe the story of Nino’s early slavery for this reason. When a medieval writer was describing a venerated saint, it was natural to make her or him as aristocratic or royal as possible, preferably the sibling of some famous Christian leader. You did not invent a story of a slave past unless it was rooted in some very strong authentic tradition.

One other part of the Nino story: when we list the reasons why people converted to Christianity in ancient, and not so ancient times, never underestimate the role of healing. Throughout the centuries, that has very frequently been one of the faith’s key selling points, and in many parts of the world, that continues to be true today.

Then there was Bulgaria. From the seventh century through the ninth, the very strong pagan kingdom of Bulgars posed a deadly threat to the Byzantine Empire, on occasion overrunning most of its Balkan possessions. It was a key moment for the history of Christianity when, in the mid-ninth century, the Bulgar khan Boris converted to the Christian faith, and moreover in its Eastern and Orthodox form. So why did he do that? According to a source written not long after the event, captives again played a pivotal role. The story begins with the empress regent, Theodora (who ruled 842-867), who proposed an exchange of war captives:

And either because of certain dreams and visions, or for some other reason, Theodora had the ruler of Bulgaria make an enquiry and earnest search for a monk called Theodore, by surname Koupharas, who had been taken captive long before, and solicited him in a letter to search him out and to release him to her for whatever price he might want. And Boris [ruled 852-889] also solicited, taking this as an occasion to negotiate on behalf of a sister of his who had once been taken captive by the Romans and was now being held at the court of the emperor. Now, this sister had been happily brought over to the faith and had learned to read during the time of her captivity and, besides this, she particularly admired, as it happens, the Christians’ order as well as their awe and honor for the Godhead; and when she obtained her return to her brother, she did not cease inspiring and pleading and sowing the seeds of faith in him. As for Boris, who had been taught somewhat and instructed in the Mysteries by the aforesaid Koupharas, he sent him off and received his sister as reward.

Although Boris did not formally convert quite yet, that exchange initiated the process. We note that both captives played their part in evangelizing – the Christian monk, and the converted princess who “did not cease inspiring and pleading and sowing the seeds of faith.” Faith is catching.

Note incidentally that the historian does not deign to mention the name of the mere woman who is instrumental in this process, even if she is a princess. She was actually Anna.

I also think of the conversion of the Norse between the ninth and eleventh centuries. They raided heavily in the British Isles, and the Irish slaves they took have left a powerful genetic marker, especially in the new colony of Iceland. When we read the sagas, we see how these Celtic Christians familiarized Scandinavians with the faith, long before formal conversion. The defeated, even the enslaved, ultimately gain cultural ascendance over their conquerors. The poet Horace was referring to a similar phenomenon when he wrote that, although defeated politically and militarily, it was captive Greece that took all-powerful Rome under its cultural sway: Graecia capta ferum victorem cepit. The captives captured the conquerors.

So many other examples come to kind, but one modern story involves the land of Ethiopia, which for so many centuries was under the unquestioned sway of an ancient and glorious Tewahedo (“One-ness”) church, the Ethiopian Orthodox. But much like the Catholic church of medieval Europe, that church operated in what was for ordinary people a strange and foreign language, of ancient Ge’ez, and not until the nineteenth century was the Bible translated into accessible languages. That decision launched what we can only call an Ethiopian Reformation, which continues up to the present day.

In the nineteenth century, the Bible translated into Amharic, through the heroic work of a mysterious figure called Abu Rumi, who was probably an Orthodox monk. By the end of that century, that Bible was starting to reshape the faith, sparking revival movements.

But even more remarkable was the work of Onesimos Nesib. Born to the Oromo people, Onesimos was enslaved as a child but was liberated by Swedish missionaries, who educated him. He dedicated himself to translating the Bible into Oromo, aided by another freed slave, a woman called Aster Ganno. By 1899, the Oromo people had their Bible. Not surprisingly, perhaps, given historical prejudices, Onesimos has usually received all the credit for this work. In a just world, both he and Aster should be the dual subjects of a Great Christian Life. The reason their work matters so much is that Oromo is the language of Ethiopia’s crucial Oromo minority, who represent over a third of the population.

We are dealing with an important phenomenon in Christian history, and one that certainly extends into the history of Atlantic slavery. So well known are such stories in an Atlantic and African context that I am deliberately not getting into that large literature here. In the past, I have suggested a name for this for the phenomenon, of former slaves rising to high honor among their owners, and spreading their faith. The name has excellent Biblical credentials.

My suggestion is “Daniel Syndrome.”

We now have an excellent book on these issues in Jehu Hanciles, Migration and the Making of Global Christianity (Eerdmans 2021) 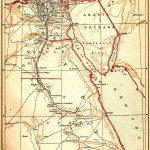 March 2, 2022
Quitting Church for Lent? Why the Desert is Not the Answer
Next Post 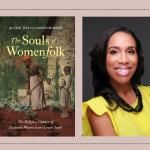 March 7, 2022 The Souls of Womenfolk: An Interview with Alexis Wells-Oghoghomeh
Recent Comments
0 | Leave a Comment
Browse Our Archives
Related posts from Anxious Bench