Like many of you, I watched in horror last Monday as Buffalo Bills safety Damar Hamlin fell backwards following a collision in the first quarter of a game against the Cincinnati Bengals. I sat, stunned and suddenly riveted, as medical personnel worked to revive the 24-year-old. Shocked players fell to their knees, hugged one another, and openly wept. They also prayed. Groups of Bills and Bengals players huddled, their heads bowed, as did fans, regardless of team affiliation, in the stands.

As they covered the event, ESPN and NFL analysts, too, claimed they were praying and openly asked folks at home to pray for Damar Hamlin. I did.

Social media, of course, was abuzz with calls for prayer and the hashtag #PrayforDamar began trending within minutes. Prominent figures not only issued the familiar, if vague, calls for thoughts and prayers, but offered specific theologies of intersession. ESPN analyst Marcus Spears tweeted, “Show up God!!! Move in that place now!!! In Jesus name,” While Robert Griffin III stated plainly, “There is POWER in prayer.”

The most striking example of this was former NFL quarterback and current ESPN analyst Dan Orlovsky actually praying on live TV, in what appears to be both a spontaneous and sincere act. “I heard the Buffalo Bills organization say that we believe in prayer, and maybe this is not the right thing to do, but it’s just on my heart and I want to pray for Damar Hamlin right now,” he stated, continuing, “I’m going to do it out loud, I’m going to close my eyes and bow my head, and I’m just going to pray for him.” Then he did.

“God, we come to you in these moments that we don’t understand, that are hard because we believe that you’re God and coming to you and praying to you has impact. We’re sad. We’re angry. We want answers, but some things are unanswerable. We just want to pray, truly come to you and pray for strength for Damar, for healing for Damar, for comfort for Damar. Be with his family to give him the peace. If we didn’t believe that prayer didn’t work, we wouldn’t ask this of you, God. I believe in prayer. We believe in prayer. We lift up Damar Hamlin’s name in Your name. Amen.”

For the most part, Orlovsky’s prayer has received wide praise across the political spectrum, from Fox News to Sports Illustrated to Newsweek.

Let me go ahead and admit here that I was cheered by so many people’s willingness to call for prayer, moved by Orlovsky’s words, and moreover, glad that instead of talking about praying someone actually just prayed.

But it raises some questions, too. When is public prayer an outpouring of communal love and hope, as it was here, and when is it a violation of freedom of religion?

For instance, in a perceptive article, Ruth Graham writes about the long-standing relationship between football and faith. She highlights a sports ministry subculture, the role of team chaplains, and even the inherent danger in the sport. In that sense, of course, teammates, coaches, and analysts, felt stirred to prayer. And yet it was a football coach’s public prayer that invited fierce debate about the role of public prayer and religious liberty in a recent Supreme Court Case, one that he ultimately won.

So is it a question of context? (Ok for natural disasters and urgent medical needs?)

Of politics? Recent public work on the role of Christian nationalism, and ways public prayer might serve as a sanctification for violence, as in the January 6 attack, have made many suspicious.

Or perhaps theological specificity? Orlovsky’s prayer, though most certainly spoken in a Christian context, was pretty ecumenical, concluding in “Your Name,” not the common “in Jesus’ name.”

What do y’all think?

Whatever the contours of this debate, I am grateful so many people prayed for Damar Hamlin, privately and publicly. As of this writing, it appears God has responded mercifully to the cries of so many praying people. Mr. Hamlin is making a steady recovery, is conscious and able to communicate with his family, and is improving under the expert care at the UC Medical Center. And for that I’ll end with a brief public prayer: Thank you, Lord.

Update: Actually, Damar gets the last word. Late Saturday night, he tweeted out: “The love is felt & extremely real. No matter race or religion everyone coming together in prayer!” 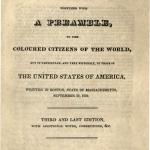 January 7, 2023
On Defending the Indefensible: A Call for Moral Clarity
Next Post 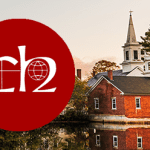 January 10, 2023 Participate in the Guild: Get Connected to the Conference on Faith and History (CFH)
Recent Comments
0 | Leave a Comment
"What a great post, Allie! Insightful and eloquent."
Ansley Every Day People in Every Day ..."
"Impressive article. Provides the necessary perspective for entering into an informed discussion about the science/religion ..."
the old scribe Science, Religion, and Nineteenth Century Protestantism
"Very helpful! Thanks! It seems history has always been used as a weapon."
Roger McKinney Science, Religion, and Nineteenth Century Protestantism
"You have done nothing to refute my point. Certainly we should do the affirmative things ..."
NorrinRadd Ron Sider and the Fate of ..."
Browse Our Archives
Related posts from Anxious Bench