A Feast of Circumfession: TOP10 Reading Standouts From 2014

Today was formerly known as the Feast of the Circumcision. Due to sleep deprivation I can think of no better way to celebrate than staring down my best reading experiences of 2014. (But feel free to peek at my posts on Christ’s genitalia and his circumcision while you’re at it).  I’m a picky reader so it was very hard to limit myself to the following standouts. Anyway, isn’t it great to participate in a faith so incarnational it allows you so many double entendres?

The notion of circumfession comes from Derrida confessing his problems with his circumcision. There was a whole conference about it at Villanova. That’s a lot of ink spilled talking about, you know. . . I mainly bring this word up to [make some more bad puns] let you know I’ll do a writeup  for Ethika Politika early next week of the exciting Villanova conference I attended in November.

Before I get even more distracted, what follows is my best of 2014 list in no particular order with publisher blurbs and links:

1) A Good War is Hard to Find by David Griffith

“In the wake of Abu Ghraib, Americans have struggled to understand what happened in the notorious prison and why. In this elegant series of essays, inflected with a radical Catholic philosophy, David Griffith contends that society’s shift from language to image has changed the way people think about violence and cruelty, and that a disconnect exists between images and reality. Griffith meditates on images and literature, finding potent insight into what went wrong at the prison in the works of Susan Sontag, Anthony Burgess, and especially Flannery O’Connor, who often explored the gulf between proclamations of faith and the capacity for evil. Accompanying the essays are illustrated facts about torture, lists of torture methods and their long-term effects, and graphics such as the schematics of the ‘pain pathways’ in the human body. Together, the images and essays endow the human being with the complexity images alone deny.”

“Displaying his characteristic penchant for the macabre, the tender and the comic, Michael Tournier presents the traditional Magi describing their personal odysseys to Bethlehem—and audaciously imagines a fourth, ‘the eternal latecomer’ whose story of hardship and redemption is the most moving and instructive of all. Prince of Mangalore and son of an Indian maharajah, Taor has tasted an exquisite confection, rachat loukoum, and is so taken by the flavor that he sets out to recover the recipe. His quest takes him across Western Asia and finally lands him in Sodom, where he is imprisoned in a salt mine. There, this fourth wise man learns the recipe from a fellow prisoner, and learns of the existence and meaning of Jesus.”

“How was it early Christian reflection on Jesus emerged so rapidly and with such a high degree of definition? What patterns of interpretation, already in known in late second temple Palestine, crystallized around the person of Jesus Christ and his work? Margaret Barker believes that Christian theology matured quickly because it was the return to a far older faith. Those who perserved the ancient tradition rejected the second temple, and longed for the restoration of the original, true temple and the faith of Abraham and Melchizedek, the first priest-king. In this fascinating discussion, the author refutes the scholarly assumption that crucial Christian concepts, such as the Trinty, the earth as a reflection of heaven, and the cosmic nature of the atonement, are informed by Greek culture. Rather, she argues, they are drawn from the eclipsed faith of the first temple.”

4) The Great Enigma by Tomas Transtromer

“Translated into fifty languages, the poetry of Tomas Transtromer has had a profound influence around the world, an influence that has steadily grown and has now attained a prominence comparable to that of Pablo Neruda’s during his lifetime. But if Neruda is blazing fire, Transtromer is expanding ice. The Great Enigma: New Collected Poems gathers all the poems Tomas Transtromer has published, from his distinctive first collection in 1954, 17 Poems, through his epic poem Baltics (“my most consistent attempt to write music’), and The Sad Gondola, published six years after he suffered a debilitating stroke in 1990 (‘I am carried in my shadow / like a violin / in its black case.’), to his most recent slim book, The Great Enigma, published in Sweden in 2004. Also included is his prose-memoir Memories Look at Me, containing keys into his intensely spiritual, metaphysical poetry (like the brief passage of insect collecting on Runmaro Island when he was a teenager). Firmly rooted in the natural world, his work falls between dream and dream; it probes ‘the great unsolved love’ with the opening up, through subtle modulations, of ‘concrete words.'”

5) Theology of Transformation by Oliver Davies

“Significant advances in science bring new understandings of the human as a unity of mind, body, and world and calls into question the deep-seated dualistic presuppositions of modern theology. Oliver Davies argues that the changing framework allows a return to the defining question of the Easter Church: ‘Where is Jesus Christ?’ This is a question which can bring about a fundamental reorientation of theology, since it gives space for the theological reception of the disruptive presence of the living Christ as the present material as well as formal object of theology in the world. At the centre of this study therefore is a new theology of the doctrine of the exaltation of Christ, based upon St. Paul’s encounter with the exalted or commissioning Christ on the road to Damascus. This places calling and commissioning at the center of systematic theology. It provides the ground for a new understanding of theology as transcending the Academy-Church division as well as the divide between systematic and practical theology.”

“Despite this legacy, phenomenology continues to be largely discounted as esoteric and solipsistic, the last gasp of a Cartesian dream to base knowledge on the isolated rational mind. Intellectual histories tend to cite Husserl’s epistemological influence on philosophies like existentialism and deconstruction without considering his social or ethical imprint. And while a few recent scholars have begun to note phenomenology’s wider ethical resonance, especially in French social thought, its image as stubbornly academic continues to hold sway. The Far Reaches challenges that image by tracing the first history of phenomenological ethics and social thought in Central Europe, from its founders Franz Brentano and Edmund Husserl through its reception in East Central Europe by dissident thinkers such as Jan Patocka, Karol Wojtyla (Pope John Paul II), and Václav Havel.”

7) All Things Made New by Stratford Caldecott

All Things Made New explores the Christian mysteries in the tradition of St. John the Evangelist, and Mary, the Mother of Jesus, by studying the symbolism, cosmology, and meaning of the Book of Revelation, as well as the prayers and meditations of the Rosary, including the Apostles’ Creed and the Our Father. These reflections lead us step by step to the foot of the Cross, and to the Wedding Feast of the Lamb, where all things are made new.

“Commemorating the centenary year of Nobel Laureate Czeslaw Milosz, Selected and Last Poems 1934 – 2004 is a sterling collection of some of the finest works of one the most revered poets of our time—including more than forty later poems new to this edition and never before published in English.Selected and Last Poems is a perfect introduction for poetry readers who might still be unfamiliar with this literary giant’s monumental body of work.”

9) A Sunlit Absence by Martin Laird

“In this companion volume to his bestselling Into the Silent Land, Laird focuses on a quality often overlooked by books on Christian meditation: a vast and flowing spaciousness that embraces both silence and sound, and transcends all subject/object dualisms. Drawing on the wisdom of great contemplatives from St. Augustine and St. Teresa of Avila to St. Hesychios, Simone Weil, and many others, Laird shows how we can uncover the deeper levels of awareness that rest within us like buried treasure waiting to be found. The key insight of the book is that as our practice matures, so will our experience of life’s ordeals, sorrows, and joys expand into generous, receptive maturity. We learn to see whatever difficulties we experience in meditation–boredom, lethargy, arrogance, depression, grief, anxiety–not as obstacles to be overcome but as opportunities to practice surrender to what is. With clarity and grace Laird shows how we can move away from identifying with our turbulent, ever-changing thoughts and emotions to the cultivation of a ‘sunlit absence’–the luminous awareness in which God’s presence can most profoundly be felt.”

“In Dependent Rational Animals, Alasdair MacIntyre compares humans to other intelligent animals, ultimately drawing remarkable conclusions about human social life and our treatment of those whom he argues we should no longer call ‘disabled.’ MacIntyre argues that human beings are independent, practical reasoners, but they are also dependent animals who must learn from each other in order to remain largely independent. To flourish, humans must acknowledge the importance of dependence and independence, both of which are developed in and through social relationships. This requires the development of a local community in which individuals discover their own “goods” through the discovery of a common Good.'”

And a few outstanding books I’ve started but haven’t yet finished: Under the Gaze of the Bible by Jean-Louis Chretien, Minding the Modern by Thomas Pfau, Maternal Thinking by Sara Ruddick, Underworld by Don DeLillo,  and The Radiance of Being by Stratford Caldecott (2015 promises to be a Strat-reading year for me).

Enjoy these and get happy this New Year:

Other Cosmos TOP10 lists can be found here. 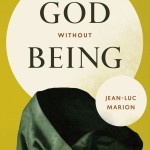 December 31, 2014
Christianity Does Not Endeavor to Save Christianity
Next Post 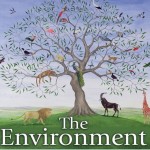 January 3, 2015 BREAKING — Pope Says We Are All Responsible for Climate Change
Recent Comments
0 | Leave a Comment
"Wait a minute, what am I missing? The host must contain some gluten, lest it ..."
RPlavo . The Surprising Anti-Capitalist Logic Behind the ..."
"Gluten intolerance is completely -- and I mean completely -- different from celiac disease. Many ..."
Bobby Lawndale The Surprising Anti-Capitalist Logic Behind the ..."
"Read Bruno's comment: #2 below your ranting comment."
Adrienne Szatkowski Michael Voris’s Stunning and Admirable Broken-Hearted ..."
"Science needs "a confession of sins and an articulate profession of faith"? Seriously?Certainly, individual scientists ..."
Elzbieta 2 Reasons Why the March for ..."
Browse Our Archives
get the latest from
Cosmos The In Lost
Sign up for our newsletter
POPULAR AT PATHEOS Catholic
1