The Blood of St. Januarius Boils Over Every September

The Blood of St. Januarius Boils Over Every September September 20, 2015 Artur Rosman

Catholicism is a strange religion, perhaps the most worldly of them all, if you believe theologian Larry Chapp (who still owes me a bottle of bourbon). There is quite a lot of anthropocentrism there too, since, as you might remember, God became man. Czeslaw Milosz sums it up compactly in his Visions from San Francisco Bay:

All humanity, past and present, is, in truth, a Church persisting outside ordinary space and time, a Church opposed to the necessity built into the universe. Catholicism is the most anthropocentric of religions and, in some sense, through its own excess of divine humanity, it resists the exact sciences which annihilate the individual. Thus, paradoxically, it is less susceptible than other religions to the disintegrative influence of science and technology. In Catholicism, even Heaven and Earth, the Descent and the Ascension of God are not like relations between worlds but like those between human forms.

You might not remember that every altar in Catholic-dom contains a relic. One of the most celebrated ones is in Naples: the blood of St. Januarius.

I first heard about the patron Saint of Naples in one of Gustaw Herling’s magical historical vignettes in Volcano and Miracle. Herling was a Pole who lived out the better part of his life in Naples after marrying one of Benedetto Croce’s daughters, or granddaughter. He also spent some time in the Gulags (wrote a renowned witness of his time there) and generally was fascinated by the ambivalence of the sacred.  I couldn’t find my English copy of Volcano and Miracle so here’s my quick translation from the Polish of the opening lines of his vignette on St. Januarius (San Gennaro), whose feast is in September:

For some time the miracle of St. Januarius, the patron and protector of Naples, has lost much of its old splendor. In olden times the liquefaction of the coagulated blood of the martyr in two ampules every September 19th, on the anniversary of his martyrdom, was the axis upon which the Neapolitan year revolved: a bad sign or warning if the miracle was preceded by long propitiation rituals; a good sign and proof of the Saint’s favor, if the prayers and invocations were effective quickly.

If I remember correctly, the St. Januarius festivities in New York might be the longest continuously running public religious festival in the United States, or at least New York for sure. If you’re curious, the public and private affection for the saint in New York is captured in Robert Orsi’s classic of religious sociology The Madonna of 115th Street: Faith and Community in Italian Harlem. More significantly, this year’s Grand Marshall was none other than the great Tony Danza.

The blood doesn’t only liquefy on the 19th of September. Like all blood, it’s fickle. Sometimes it gives special favors to popes, but not too often. Did you know that Francis was the first pope to melt the heart juice of Januarius since Pius IX in 1848? So no shame on John Paul II and Benedict XVI for not making the blood flow.

The video of this unusual event can be found below. What’s more, the Neapolitans, in classic Catholic bombast, kitsch, whatever you want to call it, even installed a video stream to follow the blood flow this year.

For more Catholic incarnational strangeness see my pieces on the following topic: the bones of St. Valentine; on Mary’s hymen and Christ’s foreskin(s); the celebrations surrounding St. Puke (not to be confused with Barf from Spaceballs); and the latest news on the authenticity of the Shroud of Turin.

On a more serious note, I’ve also written about why recent neuroscientific discoveries are favorable to a decidedly analogical Catholic imagination. You might also want to consider whether Christianity is a myth with Rene Girard.

Please propitiate the wrath of the job market by donating a few bucks through the PayPal donation button on the homepage of this blog. Rent time is coming cruelly close. 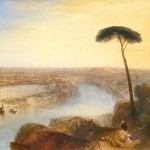 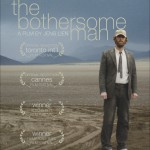 September 21, 2015 The Bothersome Man's Search for Meaning
Recent Comments
0 | Leave a Comment
Browse Our Archives
get the latest updates from
Cosmos The In Lost
and the Patheos
Catholic
Channel
POPULAR AT PATHEOS Catholic
1

The Oxford School Shooting and its...
Steel Magnificat
Related posts from Cosmos The In Lost