Why Jesus Came Before the Internet –Questions From M 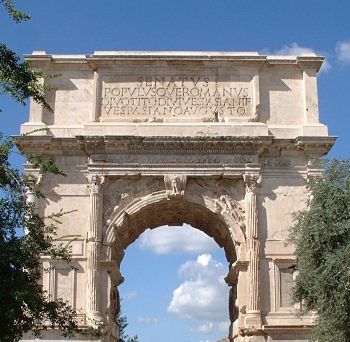 “I would do what you are doing,” the student said to me, “without your errors.” He listed them for me and he was mostly right. So it goes if you start things.

We were doing well enough that students forgot it was amazing our program existed at all. They began to worry. One student worried about our timing: what if we had waited longer, planned more, and executed better? I did not want to point out that this meant that he would not have gotten the education he was enjoying! Whatever the merits of his general argument, he was right about what needed fixing.

He reminded me of my strategy for marriage and parenthood when I got married: I would just be like my awesome folks minus their mistakes.

This was not. . . helpful to me. Getting rid of the mistakes I had seen? That was easy, more or less. Doing what Mom and Dad did right? That turned out to be very, very (insert very many more uses of “very”) difficult. Mom and Dad made their virtues look easy and their vices equally easy to correct.

I hope I had done the same for the sophomore so that he could take for granted what was good about his education (given the awesome team), but what was bad in me looked (relatively) easy to correct.

“If Only” is an Endless Game

A counter-factual—what could have been done, but was not done—is hard to refute. The alternative exists in a happy fact-free world where actual problems are no more and all the good that came is multiplied. I am skeptical of such claims!

So we turn to M*’s question for today:

20. Assuming for the sake of argument that God is omniscient, etc., would it not make more sense for him to have waited a mere 2,000 more years until human beings created computers, the internet, cell phones, Facebook, etc. to reveal himself through writing, or perhaps a divinely inspired APP or software program?  That would have assured he reached a lot more people.

Oddly, I normally hear from skeptics that God came too late. Why wait thousands of years to reveal Himself? Why not come faster? Wouldn’t having Jesus around, and not merely His image Joshua, have made the “conquest” more merciful? Why wait?

I respond that the world was fragmented at the time of Joshua and getting the message out (hard enough in Roman times) would have been even harder. The world was (at least in one hemisphere) about as united politically as it has ever been. An astonishing percentage of the world’s population lived in fewer than ten great empires.

Now I am asked: why not later?

Jesus came. A book did not come. A software program did not come. A person came. People saw Him, talked to Him, and saw His awesome power. This cannot be experienced by video. There is no “live” streaming, not really; we are seeing pixels on our screen light up and reproduce what is happening at (almost) that moment some place else. This is not the same as being there, as anyone in love knows.

Tonight I am thousands of miles from Hope. Streaming is not the same as really seeing her. She is not here.

Imagine now divinity: the ineffable, the sublime that I cannot capture in English despite the centuries of polishing that has gone into this medium. How would one even pretend to capture the Divine in an application?

Jesus came to have an intimate relationship with a group of students that would become friends. Despite the vaunted boasts of technology, a man or woman can only have so many intimate friends. We are flesh and to know us, truly know us, is to know us in the flesh and to talk, walk, laugh, play, and sorrow with us. There was never a time when Jesus could have had more real friends.

He might have had 5,000 Facebook friends and fed them all with a stream of holy news, but none of us on his feed would have been his true disciples.

How You Can Study With Jesus Today

Jesus had to leave us so the Holy Spirit could come and make it possible for what Jesus had done to be multiplied. God so loved the world that He came, sent His Holy Spirit to live in me, and did not send a Tweet.

I can teach only so many people. Technology lets me send information to many people, but no more students can study with me and really learn today than could two thousand years ago.

The great tragedy of our time is that we think that if Jesus or Socrates or Martin Luther King came now more of us could learn from them.

More of us can hear their inspired words now, but no more of us can be their disciples, except in one case: Jesus. Why? He left us and sent the Holy Spirit who will disciple each of us personally. The Holy Spirit does not need an App. He came to me, M*, and filled me and helped me turn to the pages of Scripture. He enlivened my spirit to see and hear the True Light.

I bow each week at the altar rail and take His Body and Blood, multiplied, yet there in the flesh for me. There is no technology that could bring that to me faster.

Jesus came in the flesh, talked to those who could directly hear His voice, and then sent His Holy Spirit to do the same for billions, world without end.

** My job has been to help start new things: the Torrey Honors at Biola University, an amazing cultural apologetics and film program, and now The Saint Constantine School. I hope that the mistakes get fixed by Paul Spears (who came after me at Torrey) and the great team in apologetics and film. One does what one can.

This piece was edited by Rachel Motte.

June 17, 2017 Who Were the New Testament Authors? Who Cares? --Questions from M
Browse Our Archives
get the latest updates from
Eidos
and the Patheos
Evangelical
Channel
POPULAR AT PATHEOS Evangelical
1