Kids get raised in bad places, in evil times, and by wicked teachers and parents. Jesus told us we are to love our enemies and treat others as we would wish to be treated. Christians value peace so much that a minority of Christians are pacifists, while the rest of us are never for war. We will fight if it is the last option, but even then only under certain circumstances.

With two billion present Christians and billions more over the two thousand years of church history, there have been people who tried to dodge these basic truths. Still, where Christianity has spread, the celebration of war has been at the very least muted. Christian militarism is not Christian.

Having said that, if you meet people critical of Christianity, generally one hears about the times (the Crusades) when Christianity has gotten mixed up in wars. This is not so challenging, since the fact that one claims to be a Christian does not mean that one is a good Christian.** More difficult is a question about what God commands in the Old Testament during the conquest of the Holy Land by Israel. He appears to command the killing of all the children here.

53. If God was concerned about the evil of these people groups, why wouldn’t God have ordered the Israelites to take all their young children, adopt them into the tribe of the Israelites, and raise them as their own? Why would he have ordered these children exterminated? For instance, right now ISIS has children living under its regime that it brainwashes, yet we would not think of exterminating those children.  We also did not kill every member of the Hitler Youth.

First, we should note that critics of Scripture move from what they actually believe about the text to what they think we believe about it. Critics generally accept that the accounts of the conquest of Canaan are not historical, but theological retellings of events that probably did not happen. In fact, to the extent that there is a consensus in scholarship, it is that the conquest as pictured in the Pentateuch and Joshua did not happen except literarily!

If a Christian, remind yourself that many traditional Christians (think CS Lewis) have accepted this picture of the Pentateuch and the conquest in Joshua. Taking the Bible literally means taking into account the type of literature being read. If Joshua is a “sacred history,” some of it may have happened while other details are invented to make a theological point. It is historical fiction.

A main thrust of Joshua is separation frompaganism and injustice. God’s people are to pursue justice and God. They are not to pick up the bad habits of the surrounding peoples. This message would have been particularly important to  Jews in exile.  If this is the way to read the conquest narrative, the text  is more like a sim game than a history.

I have long enjoyed playing historical simulations (Caesar III, Civ I-VI). These games simplify historical development, government, and life in a city to allow for fun game play. One commits acts (clearing whole city blocks) that in reality would be unethical, but allow the game to keep going. If made Caesar, I would not govern a city as I have in the game (God willing!).

In a similar way, a sacred history simplifies history to make a central point. Jewish people did not take from this account that genocide was good or that they should commit such acts in their own wars. The destruction of “Canaan” was not something that would be repeated ever.

To blame God for what the literary character “God” does in some Biblical books is like holding Dante as immoral as the author for what “Dante” the character does in the Comedy. Most Americans have learned things from virtual literary worlds (Middle Earth, Narnia, the Whedonverse) that did not exist and that could not exist as written without serious moral modifications.

M** (or Richard Dawkins!) could take the Old Testament seriously without believing God is a moral monster.

What if we take the accounts as ancient history?

I do not, as a matter of fact, go this route in my own reading of the Pentateuch or Joshua. With a large minority of scholars, I think these books are tied to events with the kind of accuracy a reader can expect from ancient historians. We do not expect ancient historians to use numbers the way we do . . . we use numbers to count, they use them to make a point. However, if the account says Joshua conquered Canaan, a guy named Joshua had an army and conquered bits of Canaan.

Ancient books delighted in global statements that are later qualified. “All the world came . . . ” when later in the text you discover that “all the world” is a very small region (even compared to the world people knew of at the time!). Hyperbole is more common in other cultures, but Americans still use it at times. “I have a million reasons to trust you,” I might say when, in fact, I later list five.

That is not a lie.

In the story, God commanded killing “all,” the text says they killed “all,” and later we find Canaanites there! This is ancient hyperbole, see army sizes, and has nothing to do with the text being “right” or “wrong.” The bottom line is obvious: nobody thinks (not even the most fundamentalist reader) that Joshua conquered whole Holy Land. The text says he did not! In fact, the end of Joshua pulls back, is more realistic, about the conquest than the early parts of the book. By the time we get to Judges, we see how limited the conquest was.

Again: the point was separation of the just from the unjust. The war of conquest had no predecessor in sacred history and would have no follow up. The people are being established in the land and the conquest was to be total (in a spiritual sense) while gradual actually. There are even reasons given for this in Joshua.

Still the ancient peoples could do things in war that no modern Christian or Jew could do.

War is hell. I have no doubt that in ancient warfare, in cultures that could scarcely hold to monotheism, that brutality in the short term could be more merciful than “mercy.” In ancient times, given what was known by humankind, the options were death, slavery, or exile. Many ancient people preferred death to displacement. Given the decay into which humankind had fallen, expecting God to teach modern notions of justice to the Hebrews would be like expecting God to explain modern physics in ancient Hebrew. The words in ancient Hebrew just were not there for either task.

God could only command people to do what they could do . . . and the ancient Hebrews were learning what they would teach us. We are “better” than they were, because of what they did! There is no reason to believe that God ever thought the Hebrews would “kill them all.” This hyperbole worked in ancient times, but the text assumes it will not happen.

The commands of the Pentateuch picture strangers and aliens in the land and teach the people to be just to them. There was to be one law for both (amazing!). The rules of governance, what would happen, are more merciful than the rules of conquest, which are theoretic. “Empty the land of injustice!” is the warcry. “Destroy all that is rotten to the root and give it no future,” says the God of Battles, but when it is not done, because it could not be done, not ethically and not with the power that the Israelis had, God tells them how best to be merciful.

What if they had tried?

We do not know, though I consider this here.

Too often greed and vice, not mercy meant nobody was going to try. They wanted slaves, not justice. Ask Saul. He was told to kill all the Amalekites and still saved the best lives for himself. Unlike Abraham ordered to sacrifice his son, Saul disobeyed God and so unlike Abraham he was not given a moral escape. Why would God use such tests?

Ancient people could be given tests, “kill your son”, that after Jesus we cannot. If I heard a voice say: “kill your son,” I would say “no.”

I know that killing my son is wrong. This is not a test that could work for me, because I am after Abraham and Jesus. The people of Israel could be given strong commands as tests. Unlike Abraham, they flunked them all. We do not know what God would have done for the Canaanites if the people of Israel had ever made an effort at justice and “cleansing” the land.

We do not know the way of escape God would have provided, but we know there would have been one! Abraham proves it.

In any case, M** we should not worry about a genocide that nobody thinks happened or that no sane person thinks is a pattern for today. The law of Love in the Gospels has taught us that warfare must be rare, just, and as merciful as possible.

We serve the Prince of Peace, the better Joshua: Jesus. We have come to a point in time, thank God, where we can hope to help and reclaim even the Hitler Youth. God help us to have the courage to try.

**Often when I say that obvious fact, people accuse me of committing an informal logical fallacy called the “no true Scotsman fallacy.” 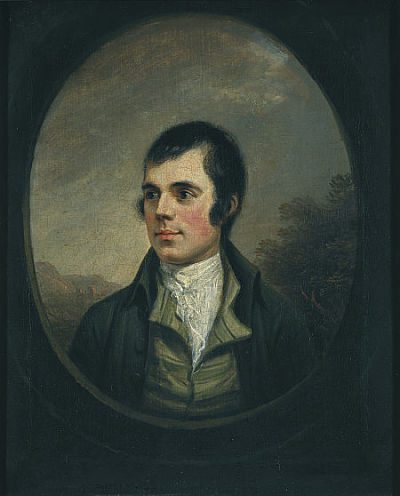 Suppose a Scotsman says: “The way to tell a Scotsman is by a love for Robert Burns.” And I reply, “But my friend Walter does not like Burns at all and he is a Scotsman.” Ah,” the other Scotsman replies, “Walter is not a true Scotsman.” The problem of course is that after making a strong claim, the definition gets a sudden revision to take into account contrary evidence. This is frustrating in a real discussion, but it is worth noting that modifying a definition in the light of evidence is not, in fact, a logical fallacy.

In the case given, the frustration comes from a suspicion that the first person is unwilling to be wrong and so is adding ad hoc, vague qualifiers to his original definition. That is fair enough. However, sometimes a term (Marxist, Platonist) has enough content that one can assert that a person is not a true or good example of the type.

“Scotsman” is, however, a different sort of category than “Christian.” A Scotsman is a national or ethnic category, while Christianity is a religion with a set of claims. When someone says that they are Scot, one is saying very little about their ethical beliefs! A Christian, at least a traditional Christian, wishes to follow the teachings of Jesus: such truths are built into the term “Christian.”

There are enough varieties of Christian that early in a conversation it is good to determine what one means by “Christian.” However, once this is determined, then one can claim to be a Christian (of that sort) and be wrong or lying. One can be a bad Christian without committing any fallacy whatsoever.

July 4, 2017 The Bible Isn't About That -- Questions from M
Browse Our Archives
Related posts from Eidos