Now he turns to witches with a second post , a third,  a fourth, a fabulous fifth, a sixth, a seventh, an eighth, a ninth,  a tenth , eleven, twelve,  thirteen, and now fourteen.

In the past, we have examined literary characters and their role in the evolution of the folkloric witch. Today, we consider an author whose work expanded the tradition, but also left him vulnerable to a charge of being a witch himself: Apuleius. Apuleius’ best-known literary work is his version of the myth of Cupid and Psyche, contained in his novel Metamorphoses (notably retold by C. S. Lewis and Joy Davidman as Till We Have Faces). However, Apuleius’ Apologia –delivered at his trial for bewitching a North African widow into marrying him—has also come down to us. It is this unusual document that we will be discussing today.

Those familiar with Renaissance witch trials will immediately notice several common threads in Apuleius’ defense. Witchcraft, as an invisible crime, was notoriously tricky for prosecutors to handle when it came to gathering evidence. Typically, a conviction required a confession on the part of the accused (even if forced) as only circumstantial evidence could be produced. Thus, Apuleius’ defense begins, oddly enough, with a recipe for tooth powder, a poetry recital, the matter of his owning a mirror, the question of a boy falling down in his presence, and the matter of procuring odd fish. Apuleius attempts at almost baffling length to laugh these points off, but to those convinced of the reality of witchcraft, they were no laughing matter. Roman witchcraft was thought to be enacted through incantations combined with potions composed of distasteful substances. Apuleius even quotes several of our prior authors, including Homer and Virgil, to show that he understands the distinction between fabricating licit compounds and witchcraft. By citing Apuleius’ ability to compose, write, and memorize verse, his experience in compounding pharmaceuticals, and his copious zoological knowledge, his opponents meant to demonstrate that he possessed the means to commit witchcraft. Those who are familiar with the Salem Witch Trials should also be quick to spot the mirror as a means of divination.* The boy falling down in his presence is meant to serve as an example of odd occurrences linked to Apuleius’ presence and is also a common form of “evidence” in Renaissance witch trials. As to the fish—your guess is as good as mine, and Apuleius appears completely baffled.

Apuleius makes an odd shift in his defense. He admits that he practices magic. In Salem, that would have been the end of it: the witch had himself confessed. However, in Apuleius’ Rome, there are witches and then there are witches—just as in Renaissance England, John Dee and Sir Francis Walsingham could practice ritual magic to their hearts’ delight as servants to Queen Elizabeth I. The reason for this comes from the development of Neo-Platonism. The Greek philosopher Plato laid out a grand philosophical system that continues to evolve down to the present day. From the late Roman Empire into the Enlightenment and even into the early 20th century, some forms of Platonism accepted High Magic, or magia, as a legitimate philosophical practice in pursuit of knowledge.** Apuleius’ real defense on this point comes down to: “Why would a philosopher who uses traditional rituals to converse with gods and powers in the pursuit of Goodness, Truth, and Beauty stoop to creating love charms to ensnare rich widows?”

Apuleius goes on in his defense to assert that he had no motive for the alleged crime and to expose the sordid motives of his accusers. Nonetheless, he is still oddly vehement at the end to defend certain unspecified theurgic practices and mysterious initiations as part of a grand philosophical tradition. It may seem an odd note, but it is one that resounds unbroken down to the present day: There are witches, and then there are witches.

*Those interested in the Salem Witch Trials, or witchcraft in New England more broadly, should consult: Entertaining Satan by John Putnam Demos, The Devil in Massachusetts by Marion L. Starkey, Salem Possessed by Boyer and Nissenbaum, The Devil in the Shape of a Woman by Carol F. Karlsen, In the Devil’s Snare by Mary Beth Norton, and Escaping Salem by Richard Godbeer. For the general history of European witchcraft, see Witchcraft by Charles Williams. For a more personal take on contemporary witchcraft, see Waking the Witch by Pam Grossman. Apuleius’ Apologia can be read online for free at http://classics.mit.edu/Apuleius/apol.1.1.html.

**This can be linked with forms of Gnosticism. In the 20th century, see the Hermetic Order of the Golden Dawn and members William Butler Yeats, Arthur Edward Waite, and Charles Williams. For a modern Catholic Neo-Platonist who firmly rejected magia as a legitimate practice, see J. R. R. Tolkien. For a more ambivalent attitude from another Christian Neo-Platonist, see C. S. Lewis. 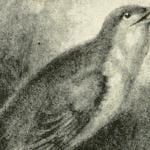 August 29, 2019 Listening to the Story: Taking Time for The Bards, Becoming a Bard
Browse Our Archives
Related posts from Eidos