My letter the other day about writing for Patheos Catholic has opened up some interesting lines of dialogue. I’m certainly glad to have dispelled some rumors and gotten people paying attention, at least a little bit, to what’s going on here at Patheos Catholic. Sadly, it seems that there are still more problems to air out. Chief among them is whether or not Patheos Catholic as a whole is “liberal.”

One of my favorite comments, which is on my post on the Patheos Catholic Facebook page, is:

“No, your [sic] in it (my opinion) for Communism Patheos….You and your communist agenda!…Shame on you…..Why don’t you go live in El Salvador….And disappear for while!”

Now, the other commenters who are concerned about the liberalism of Patheos Catholic were not so … enthusiastic. But they nevertheless feel there is a strong “liberal” bias on the channel. One commenter suggests that there are only about 20% of our bloggers who, “are traditional conservative Catholics.” That same commenter goes on to say, “The other 80% are very liberal. Half of the time their columns have nothing to do with Catholicism or religion. These columns are just liberal rants that could be found on any secular leftwing site.” He goes even further, suggesting, “there is nothing Catholic (capital C) about many of posts.” So this, I believe, is a prevailing opinion amongst a certain subset of Catholics concerning Patheos Catholic. They view the channel as 80% (or more) liberal/communist and non-Catholic, maybe even anti-Catholic. As a new Catholic myself, however, I just don’t see it.

There are 59 blogs hosted on the Patheos Catholic Channel. If the one commenters estimations are correct, that means 47(.2) of the blogs are “liberal” and might at times be indistinguishable from an atheist or non-Catholic blog. Leaving only 12 (11.8) who are considered “traditional, conservative Catholics.” I asked for examples, but since the commenter has stopped reading most Patheos blogs none were forthcoming (though he has graciously offered to show one to me the next time he sees one). Now, I can’t claim intimate knowledge with all 59 blogs and their writers at Patheos Catholic. But here are some with whom I am well acquainted:

Two key points about this list before I actually dig into what I think it means: 1. This is not, necessarily, a list of the best blogs on the channel. 2. It is simply a list of the blogs which I have personally read and/or whose authors I know to some extent. Now, what I can definitively say about this list is three things: 1. This list covers just over 42% of the blogs hosted by Patheos Catholic. 2. There is not a blog on this list that I think lacks a Catholic identity or whose content could easily appear on a non- or anti-Catholic blog without warranting any changes. 3. Every single one of these blogs is different. Some of them focus on politics or economics, others on apologetics (whether against atheists or anti-Catholic Christians), still others on what it means to be Catholic. Some are written by and about being Catholic converts while others still are written by cradle Catholics. Some talk about what it means to be gay and Catholic and others like to talk about literature and/or pop culture. Many, including my own, are some alma gam of many of these topics.

So, with my “insider knowledge” (also known as my ability to read and to have read these blogs) that leads me to believe none of them is anti-Catholic or that their content is essentially aCatholic, what is it that makes readers think the majority of us at Patheos Catholic are “liberal”? I can honestly only come up with one, maybe two, answers––though I think they’re likely related: Many of the authors who write about politics at Patheos Catholic do not come from a politically “conservative” point of view. What I think this largely means is that when Patheos Catholic writers do write about politics they don’t write enough about abortion or they say things like: abortion isn’t the only pro-life concern. There’s probably more to it than this. There are probably some who think Patheos Catholic is liberal because of many of our writers really like Pope Francis. And others don’t think that the Latin Mass is the ultimate form of the liturgy (our Byzantine friends certainly find it funny when we Roman Rite Catholics talk about the “traditional” Latin Mass, as though we forgot the liturgy was first in Greek and Aramaic).

So, do many of us write about issues such as the Dakota Access Pipeline, the problems with Donald Trump’s presidency, or why we ought to take in refugees? Sure. Is any of this non- or anti-Catholic? No. Is it even “liberal”? I would again say no. Catholicism defies the political lines of liberal and conservative. For Goodness’ sake, we have the corporal works of mercy, the preferential treatment of the poor alongside the belief that all life is sacred from conception to natural death. And while you may find the occasional card-carrying communist, you’ll also find card-carrying capitalists and if my time reading texts such as Rerum novarum has taught me anything, it’s that the fullness of Catholic Social Thought cannot be found in its entirety in either system.

I’ll say this, too. If you’re going to claim that we’re being liberal, then you need to back it up (and to remember that “we” are not a homogenous whole, as I pointed out in my previous letter). But don’t use that we don’t agree politically as an excuse to simply write us off as non-Catholics who ought to just be writing for atheist, liberal blogs. We’re Catholics. Full stop. 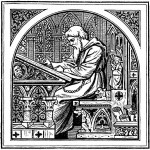 March 30, 2017
How Does Writing for Patheos (Catholic) Work? Or, Are We Just in it for the Money?
Next Post 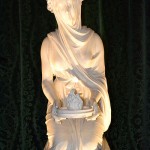 Did the Mainstream Media and Bill...
Public Catholic
Related posts from Letters from the Edge of Elfland 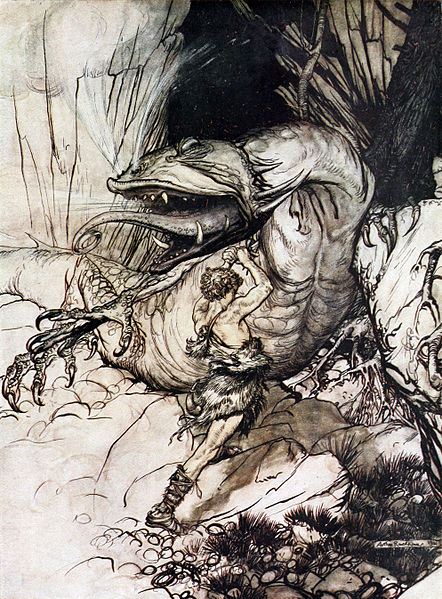