RIP Emantic Bradford, A Good Guy with a Gun

I grew up in a culture that idealized guns. We called ourselves “Second Amendment Patriots.” We had guns in the home,because an unarmed populace is a populace vulnerable to tyranny—or so we believed, at least. When confronted statistics on gun violence, we pointed to the importance of “a good guy with a gun.” If more people carried weapons—and kept them visible—we’d all be safer.

Last month, a Chicago-area security guard, Jemel Roberson, subdued an armed gunman in the bar where he worked, only to be shot dead by police when they arrived on the scene minutes later. Roberson was black.

On Thanksgiving day, Emantic Bradford was shot and killed by an off duty police officer working security at an Alabama mall. There had been a shooting at the mall, but Bradford was not involved. Bradford was also black.

According to police, it started when two men began fighting inside Birmingham’s Riverchase Galleria Mall. One man shot the other twice, which caused chaos as shoppers ran for their lives. According to his family, Bradford stood outside the mall and pulled out his gun in an attempt to protect frightened customers. At that point, Bradford was killed by an off-duty police officer working as mall security.

That’s right—his family alleges that Bradford had a legal firearm and permit, and that he only took out his gun because there was a shooter, and he wanted to protect people. As a thank you for his protective impulse, he was shot and killed by an off duty police officer working as mall security. In fact, the police initially claimed that Bradford was the gunman who shot two people in that mall. They only later backtracked.

As the family’s lawyer explains:

“It’s almost as if the Second Amendment doesn’t apply to Black people,” Crump said. During an appearance on CNN, Crump also said the cop opened fire on Bradford immediately and didn’t issue any verbal commands. “If you happen to be Black, police see you as a criminal and they shoot and kill you,” he said. “That has been shown in Chicago, and now here in Birmingham, Alabama, which is the epicenter of the Civil Rights Movement.”

I was back in my hometown recently for a homeschool graduation. One woman, when presenting her child for graduation, made a point of noting that her husband had a loaded weapon on his person. He always concealed carries, she explained, because he is a good father and a good protector. If there is ever a threat, she said, there will be a good guy with a gun to subdue the threat and protect people. They were, of course, white.

To be clear, I have issues with the “good guy with a gun” concept that transcend race.

For one thing, even when a “good guy with a gun” is white, there can be confusion. I read about a shooting in a restaurant where two “good guys with guns” responded, and I wondered—if they’d both been on the scene at once (as it was, one had to go back to his car for his gun), would they have each known that the other was a “good guy”?

For another thing, there’s the issue of bystanders getting hurt. Not every well meaning person with a gun has the training and precision to avoid accidentally shooting additional onlookers. Would it have helped if someone else in that darkened theater, view Dark Knight Rises that fateful day, had had a gun, and attempted to shoot the perpetrator? More bullets flying around means more danger of someone getting shot.

But when you throw race into the picture, and the perception in our white supremacist culture that blackness equals criminality—well, you get Jemel Roberson and Emantic Bradford. You get murdered good guys with guns.

If Philando Castile’s death showed that second amendment rights are for white people, Roberson and Bradford’s deaths suggest that a black person is not allowed to be “a good guy with a gun”—at least in the eyes of police. 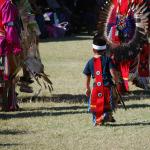 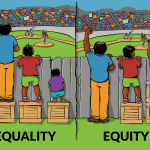 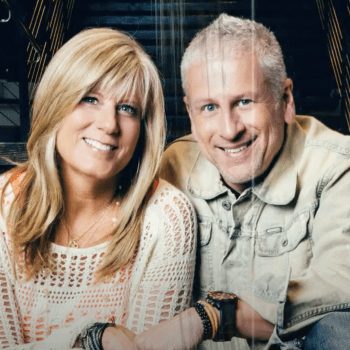