I Believe In ‘Woo-Woo’ Healing and Science

About a year ago, my friend took me out to dinner to celebrate getting a book deal at a Mexican restaurant. In the middle of dinner as I was chewing there was a crunch and I bit into something that felt like a tiny pebble. As I spit out the food into a napkin, I realized that I had chipped a back molar. It didn’t hurt and I continued to not think about it much, having lots on my mind and a lot on my agenda. It wasn’t until about two months ago that it truly became a problem though. I immediately began healing work on myself. It worked great – until it didn’t.

Slowly my pain began to increase until one night the pain was so unbearable I could feel it in all the nerves in my body. The pain was so excruciating that I couldn’t sleep at all that night and started hallucinating from lack of sleep. I went to the dentist in the morning who took x-rays, told me my tooth was infected and prescribed me a week’s worth of antibiotics. Those were working great up until I ran out. You see, despite prescribing me a week’s worth of antibiotics, my dentist scheduled my tooth extraction for a month later.

Lo and behold, as the antibiotics wore off my infection became worse as the source of the infection was still in my mouth causing the pain to gradually increase. I was able to keep the pain at bay through healing. Whenever the pain became too much I would begin an energy healing session until the pain receded, until that stopped working. My glands under my jaw in my chin began swelling until it was about the size of a tennis ball and the pain was so bad that I couldn’t even focus enough to even attempt a healing session.

This all occurred when we had all those planets retrograding, which is a time of reflection and readdressing things that we consciously haven’t. The next day I went to another emergency dentist who was horrified to find out how far off the first dentist scheduled my tooth extraction. She gave me another x-ray and prescribed me different antibiotics and scheduled an immediate extraction a few days later. The tooth is now gone and my swelling and pain are almost back to normal.

I am a firm believer of ‘woo-woo‘ alternative healing – a term I use affectionately and lightheartedly. I believe in spells, in meditation, in crystal healing, in herbalism, in flower essences, in homeopathy, in therapy, in prayer, in positive thinking, in affirmations, in reiki, in miracles, and other healing modalities. I believe in them because I have seen them work. The problem is, that most who believe in these things (especially when first getting into them) seem to use them as some sort of replacement for conventional medicine, surgery, and science. These things often work great, until they don’t. That isn’t to say that they aren’t effective though. Sometimes conventional medicine, surgery, and science can be ineffective at healing things as well.

Your friendly reminder that you can believe in magic AND medicine, spirituality AND science. Thanks!

As a witch, nothing is ever ‘either/or’ for me. I was trained that any and all forms of ‘woo-woo’ healing is never a replacement for conventional medicine or hard science, but rather that it’s complimentary. My approach as a witch is holistic, meaning I look at and approach healing from as many angles as possible, from the most outlandish to the most scientific. Sometimes alternative healing is enough, often it’s not. Sometimes miracles happen, often they do not.

The ‘woo-woo’ is the approach of the witch. It’s said that witches don’t directly try to alter a situation head-on, but rather focus on addressing the energy around a problem until the problem fixes itself. Sometimes this alone works, sometimes it doesn’t. The holistic is the approach of the wise witch. No matter how powerful of a witch or a healer we are, we are also physical creatures – human. As such, we are still bound to the laws of nature, biology, and ‘the real world’. Sometimes we can bypass this and bend those laws, sometimes we cannot. Sometimes we need to directly approach and address a situation first before looking at and addressing the energy around a situation. We cannot forget that we are multidimensional beings with several energetic bodies, the first of which is the physical body.

“In the Craft, we are not asked to ignore the rational, but to also embrace the irrational.”

While health is a very personal subject with very personal decisions – I strongly encourage people to never ignore conventional medicine or science and never use something with uncertain results as a replacement. I also strongly encourage ditching any healer who tells you otherwise. While I believe in things that science has not proven yet, I also believe in what science has proven and continue to. While it my ‘woo-woo’ beliefs didn’t heal me this time, there have been many times that it has helped to speed up healing and recovery for myself and others, alongside conventional medicine.

Despite all of this, I was able to find spiritual meaning and messages through the whole ordeal. A friend suggested I look up the teeth meridian and meditate on the meaning of that specific’s tooth’s loss. It absolutely fit. I also looked up what Louise Hay wrote about teeth problems, and while I find her very problematic for the reasons above, I actually resonated with her meaning.

‘Woo-woo’ beliefs become dangerous when they’re told that they are a sole replacement. When folks like Abraham-Hicks continually tell people that positive thoughts and feelings can cure any disease, that chemotherapy is telling you that you don’t trust the universe (despite secretly undergoing chemotherapy themselves) — we step into very irresponsible and dangerous territory that makes all of us who practice alternative healing look bad.

The biggest message for me about this whole tooth ordeal came when meditating was when the tooth broke and when it became an absolute problem – while celebrating getting a book deal and when my book was 100% completed on my end. Since I got my book deal, I have pushed myself harder than normal to get the book done on top of all the other work and contributions I do. However, despite about 75% of the work that I do being given freely to the public (if you want to support my writing, please consider being a patron of my Patreon), I rely almost entirely on tarot readings for income at this point in my life as I focus purely on teaching and writing. Because of this tooth situation, I couldn’t focus enough to write nearly as often as I was. I also couldn’t think clearly enough to do tarot readings (I have a rule about not reading when mentally unfocused or in pain as I’m not at peak psychic capacity and it’s unfair to the client). I also literally couldn’t speak when the swelling got too bad, which also reemphasizes the inability to do tarot readings, and I had to reschedule a podcast interview. My body was literally forcing me to stop not work.

True holistic healing understands that sometimes physical symptoms are the result of mental, emotional, spiritual, and energetic problems that have made their way into physical manifestation. But it also recognizes that sometimes it’s the other way around, that sometimes it’s the physical body or the illness that is truly the source, and not rooted in a single damn psychological or mystical cause. Sometimes it’s a combination of the two. A holistic approach tries to address every single possible source and cause for healing. Healing is always the ultimate goal and more often than not science is the most direct and reliable source of healing. 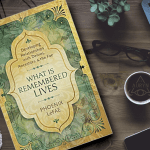 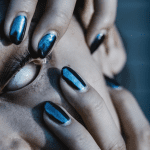 August 4, 2019 Trauma and Psychic Awakening
Recent Comments
0 | Leave a Comment
"This makes me love jack-o-lanterns even more."
Anonymous Jack-O’-Lanterns and the Devil
Browse Our Archives
Related posts from For Puck's Sake