Quoting Quiverfull: Defending Your Racism After Being Called Out For It? 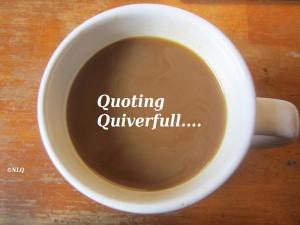 by Larry Solomon from Biblical Gender Roles – Is Ethno-Nationalism a Sin Against God or By His Design?

Editor’s note: No, Larry, your particular brand of racism is not part of ‘God’s Design’~ You are just showing your neo-nazi racist roots. I wish I had more hands to flip more birds at you for claiming it should be perfectly acceptable to call other races offense names. Larry apparently refuses to understand that America was never primarily white Anglo-Saxon, he’s hanging onto a white supremacy fantasy. As someone with Native American blood I feel like visiting violence upon this guy right now.

So ethno-nationalism has been what has knit nations together for the history of mankind.  America even started as an Ethno-nationalist nation.  It was not until after the Civil War that American let go of its ethno-nationalist heritage and began its journey into multiracialism and eventually multiculturalism.  America’s motto “e pluribus unum” or as it translates to English “out of many one” was also transformed.  The founders used this phrase to refer to the 13 colonies becoming one nation.  Multiracialists change it for their purposes to mean that America would be a nation that was centered on multiracialism and multiculturalism.

Most Americans feel America has lost its identity

Some Christians openly rejoice that America has transformed from its Ethno-nationalist roots into a multiracial multicultural country.  Many Christian’s believe the world needs to unite and leave old divisions of race, ethnic groups and even national boundaries to the dustbin of history.

But other Christians remain silently saddened as they see the America of George Washington slip away.

LARRY~ GEORGE WASHINGTON OWNED SLAVES! Your vision of an all white America NEVER EXISTED EXCEPT IN YOUR TWISTED MIND!

We have gone from one extreme in our societies to another.  In times past, racial and ethnic hatred were common and generally accepted in day to day language.  In the days of America’s founding it was common for whites to degrade and insult Native Americans and Blacks.  In fact, to defend these groups in any way and condemn such hateful speech was rare.

But now over the past several decades in America a new hatred has arisen. The only acceptable discussion of race in America is that Whites should be ashamed of their past treatment of various races and that White privilege and prejudice is still holding back minorities like Blacks, Native Americans and Hispanics. A new oppressed minority are Muslims.  If you were to talk about how Whites still oppress and hold back all these groups and all the evils those of European decent have brought on the world you will be praised.  You will be applauded.  You will be loved.

September 15, 2017
Encouraging Your Husband: Bring on the Gravy Part 2
Next Post