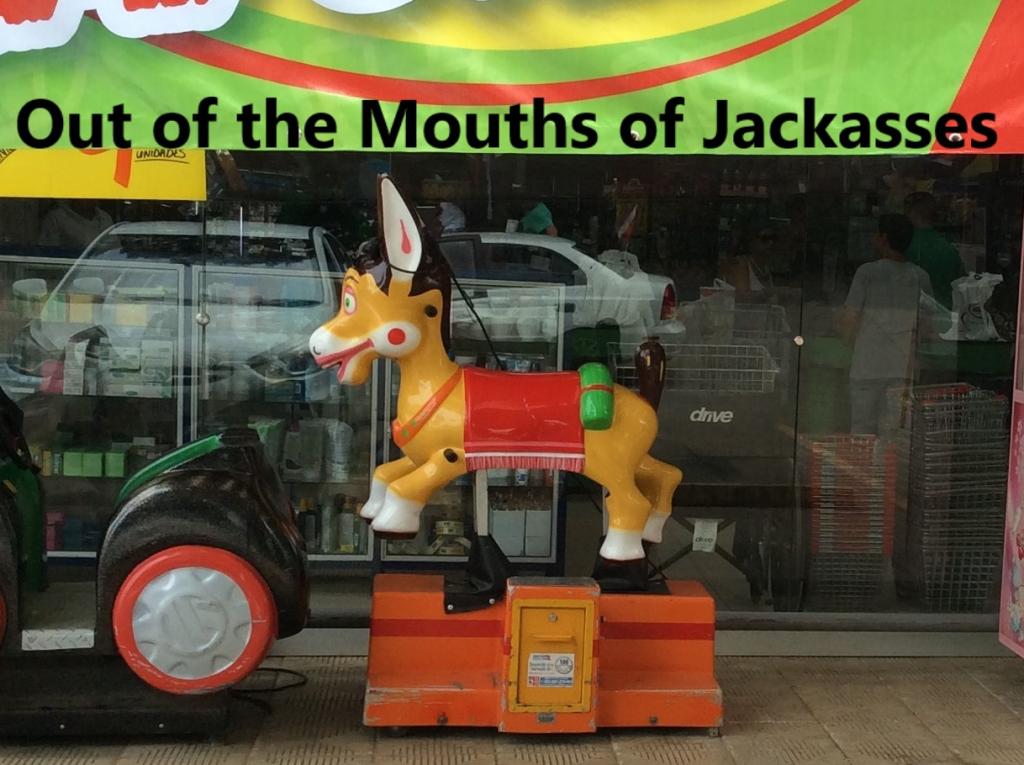 This is a cobbling together of three recent posts from Faithful Word Baptist Church’s pastor Steven Anderson. He’s been on a roll lately, posting a couple of times a week for the last month or so after months of silence. Sometimes Steven’s posting on his blog reminds one of a bipolar, nothing for a very long time, sheer silence and then a month or two of manic rambling. One has to wonder what happens during those periods of silence.

Looking at Anderson because I felt like we needed a break from the constant stay home and use your uterus as a flesh cannon to out populate brown people drum beat that most of the female cultural enforcers keep repeating.

Recently Steven said if your church is not going out soul-winning, or as I like to call it ‘door to door pestering’ many times per week then your church is not Christian, it’s just a social club. Apparently he is now in some feud with another Baptist church over communion and proselytizing. 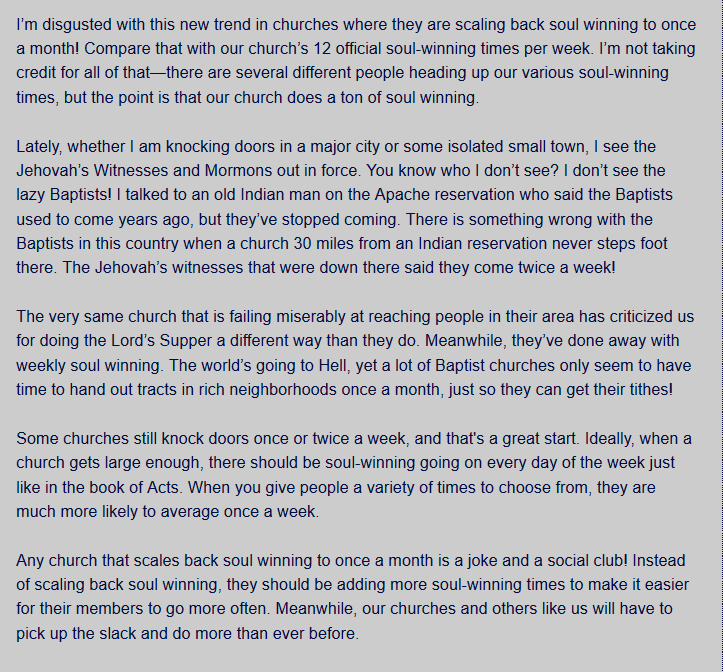 Why is there this tendency to quibble with other churches over small stuff, like how you handle communion? It seems that the more cult-like a church is then the most exclusionary they become, saying that everyone else is much less righteous than they are. These pastoral peeing contests aren’t going to make anyone want to go to your church, driving away those on the fence about faith and showing members just how spiritually abusive and unsafe your church is.

This next one makes me laugh. Anderson says that the entire home church movement is a big no-no, even though home church is exactly how Faithful Word Baptist Church started.  He admits it, but still insists it’s a sin. 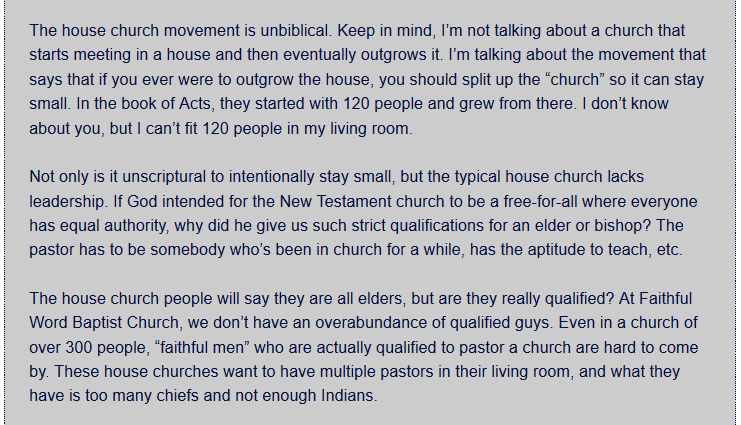 So his dislike of home churches boils down to there’s not one controlling cult leader like himself?

The only experiences with home churches I’ve had were mostly positive, and the members.  seemed to fit mostly in two groups in my observation. The first kind were all people who’d been spiritually abused in traditional churches who wanted a safer environment to practice their faith. The second type had quarreled with a pastor or a religion and thought that they could do it better. Some home churches are safer than organized religion, unfortunately it is sometimes harder to sort the toxic from the harmless at first glance.

The last bit just make me laugh out loud the first time I read it because it’s Anderson expounding on what cults he thinks Mormonism and Jehovah’s Witnesses are. He does not seem to realize that many of the markers of a cult he’s using also apply to his own church Faithful Word Baptist Church.

Gee, I wonder if Anderson explains his views on gays and the other more disgusting theology he holds immediately to the newcomers? How is he any different than a cult leader?

He’s included Fraternities on that list. Fraternities are a lot of different things, sometimes very bad, but clearly not a cult religion. Sounds like Steven might have been reading this book – Confessions of an Ivy League Frat Boy: A Memoir

January 5, 2018
Lori Alexander Does Not Understand Finance, Education and Parenting
Next Post