The Ironic Tragedy of Missing the Point

A day after Jo Wright and Tara Cummings were featured in an interview on NPR’s Morning Edition, an early release of Zack Bonnie’s second memoir installment popped up in my inbox. Jo and Tara spoke about their experiences at
New Bethany Home for Girls which once operated in Louisiana – a Troubled Teen Home (TTH) affiliated with the
Independent Fundamental Baptists (IFB). Girls were consigned there by parents, believing that the man who operated the home could save their lives from sin and their eternal souls from hell. Zack writes about his experiences at CEDU, a secular version of the TTH that operated under the guise of a “therapeutic boarding school.” All were subjected to intense dehumanizing behavior modification, thought reform, and abject abuse. Parents believed that the tough
approach to discipline marketed by these programs was not inherently abusive while they were manipulated to doubt everything that their children reported to them. 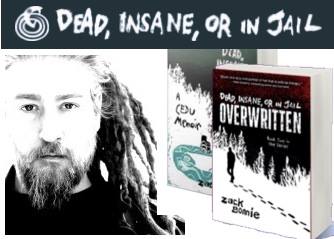 Most people don’t want to know that such abuse ever existed, so they avoid the topic. If they can’t avoid it, most people resist the subject by discounting what they hear. They tell themselves that such things really don’t happen and discount those who break the silence about their tragedies. They criticize the forums that entertain such disturbing topics. They tell themselves and others that no good that can come out of discussing something so terrible.
Yet TTHs still thrive, and addressing their scourge has never been more critical. Some homes relocated in the Dominican Republic to avoid government oversight as individual states have put them out of business.
Legislation limiting their unfettered operation continues to gain traction. Meanwhile, established homes still operate, and IFB ministers protect them as they channel children into new, obscure, private prisons that don’t advertise or raise funds publicly. Consider also that even if every TTH went out of business today, survivors continue to wrestle with what they experienced while in their gulags. Today, they help one another cope with the life-long aftermath of
pervasive psychological and physical damage that they must live with every day.

As I considered the different ways that people try to avoid the subject of the TTH, I thought of a chapter in Kurt Vonnegut’s A Man Without a Country. Now that everything in existence seems to be on YouTube in some manner or form, I searched to see whether anyone had translated his discussion from the book into video. I had in mind a specific chapter where Vonnegut contrasts Cinderella with Kafka , pointing out that honest, trenchant stories will sometimes be so vital that they overcome our human preference for happy fantasies. Vonnegut offers us the tragedy of
Shakespeare’s Hamlet as a more rare example of a tragedy that breaks through our resistance successfully. The honesty of the story pierces through the defensive layers that hide us from realizing that we are all finite creatures in
an often unfair world. He then concludes by asking how we can determine whether the Kafkas and the Princes of Denmark lived better lives than Cinderella. 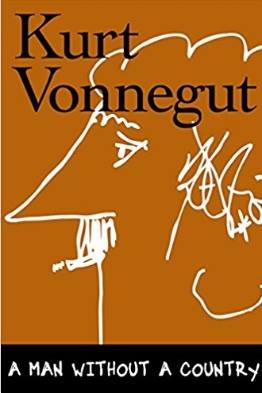 I’ve come to believe that tragedy can birth least two precious gifts if we choose to nurture them. It reminds us that we human beings aren’t all that different from one another – for more of us often have more in common with Kafka than we do Cinderella. If we sit with the pain instead of running from it, tragedy becomes the inspiration to fully embrace life, reveling in joy whenever we find it. It makes virtue far more precious to us. And if tragedy does nothing else, it deeply connects us with others. There is nothing so comforting as the kindness of someone who understands what we’ve been through because they’ve been through it, too. If we let it, it births a remarkable transcendence that manifests as love and compassion – perhaps the most meaningful experience that any of us can share with others in
this life.

So what happens when I look to see if there’s any mention of Vonnegut’s chapter on YouTube around which to write a blog post or two? I find it, but I also find ironically tragic example of just how fickle we can be when we shield ourselves from pain. Below, you can watch Vonnegut himself lecture about Cinderella and Kafka just as he does in his book, plotting their experiences on a life graph. I’m grateful to whomever who put the video of the lecture online, but proving Vonnegut’s thesis, the video stops short of his germane point. To them, it seems to only be a lecture about how to write a popular story, and clip stops after mention of Cinderella’s happy life. (I wondered if this person had ever read a Vonnegut novel!) I had to laugh about it.
I couldn’t help but think of the experience of blogging about spiritual abuse. My critics often ask me to stop writing about painful topics or to stop focusing on the absurd teachings produce real-life suffering and harm. I think that those critics must think that we who write about such things enjoy grinding axes obsessively for sick self-gratification. Those of us who talk about the tragedies that follow us from the Quiverfull life or the Troubled Teen Home do so because we’ve been honest about the true nature of the lasting harm that they’ve created.
Few if any of us ever become Cinderella, but maybe a reader doesn’t have to suffer the hopeless fate of a Kafka character. Our best hope aims at informing others so that they might be able to avoid the pain that we endured. For those who did suffer, we can lend validation, comfort, understanding, and share resources that have helped us transcend the aftermath. A king’s ransom cannot buy the comfort that we received from those who came to our aid to encourage us. If they once stood where we did and lived to tell about it, we can, too. We do so out of a moral duty to help others as we were helped. Those who believe that we persist in discussing such things has missed the point. The discussion becomes painful and messy, but we endure it to reach those get stuck in the thick of the mire. We’re interested in the well being of precious people, not in drama of tragedy that put them in harm’s way. 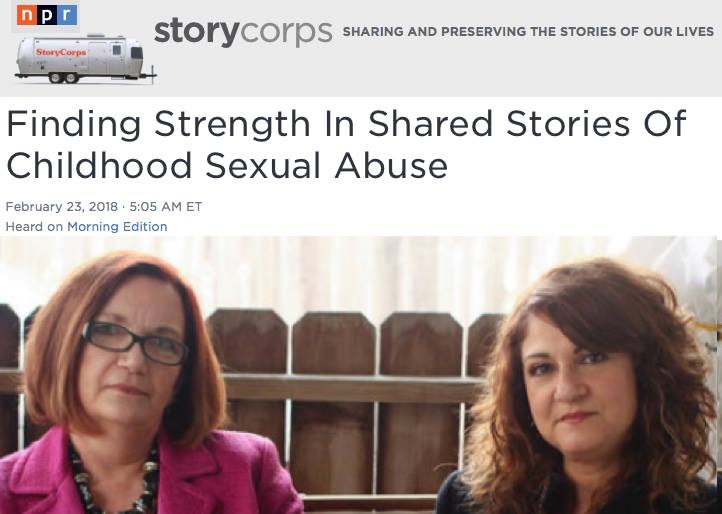 Listen to the painful memories, especially if you came out of Quiverfull. Laugh with me at the misguided person who thought that Vonnegut’s lecture was all about a writing technique and not about the meaning of life. The honest truth gives us reason to treasure our lives all the more. Don’t be a lookie-loo with a knee-jerk response claiming that folks who write about the unpleasant things want only fifteen minutes of fame by failing to “get over it.” Read Vonnegut’s book and dig deeper. John Donne likened such a reckoning to a gold mine when he wrote that no man is an island unto himself. “Send not to ask for whom the bell tolls. It tolls for thee.”
Give Jo and Tara two and a half minutes of your time as they talk about what they experienced and felt. Read Zack’s book and imagine what it felt like for him to be abandoned in the wilderness. They all lived out a nightmare. Resist the urge to tell yourself that you’re nothing like them and that this could never happen to you or those you love. Doing so only perpetuates the illusion of safety that we’re all insulated from deception and exploitation. Pretend to be Joan Baez for a little while to sing “There but for fortune…”
If you’re like Vonnegut, you’ll find the beauty in their honesty underneath the pain. You might just hear the music of their unspoken challenge to share with others as much virtue as you can muster as fully live every moment of your precious life, even when it’s painful.

February 26, 2018
Nag and Humiliate Others into Remembering?
Next Post

February 28, 2018 Fat Shaming Women and Educated Homeschooling Mothers
Recent Comments
14 Comments | Leave a Comment
"Yeah that logic doesn't hold water. According to them, we didn't "create" our own bodies, ..."
Allison the Great Larry Solomon Loves Racist Misogynistic Rush ..."
"Yes, he didn't even care about making it a good experience for his wife."
Anna nicole Quoting Quiverfull: Michael and Debi Pearl’s ..."
""Have fun with it"?!?!? Sickening."
frostysnowman Michael and Debi Pearl and That ..."
"Holy 6crap9, is this "how to raise a child" or "my favorite bar fight moves?""
James Yakura Michael and Debi Pearl and That ..."
Browse Our Archives
Follow Us!