When Quiverfull Submission is Harmful? 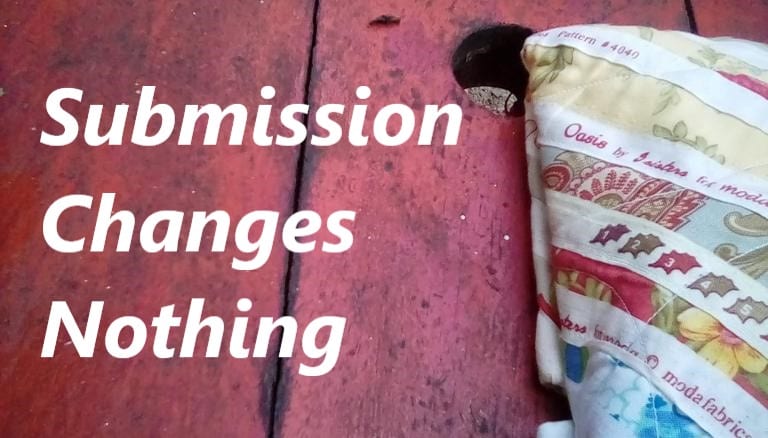 We take a break in this week’s looking at Debi Pearl’s warped ideas on the brain to peruse this, a post from The Transformed Wife chatroom. Lori Alexander is still busy with her husband Ken and his recent illness. Ken has left the hospital and is better thanks to modern medicine, antibiotics and the dedicated doctors and nurses at the hospital. I hope they were all women. This lady in Lori’s super secret chatroom is a perfect example of when Quiverfull submission is harmful.

One of the biggest lies that creates large amounts of suffering in QF is the notion that if you just submit hard enough, submit right enough and righteously enough then God will soften the heart of your unbelieving spouse and change him. Turn him into a good Christian man that revers you, change the abuse into praise and love.

Never happens. I have literally never seen this actually happen in my years in QF. What I have seen is ladies doing a version of mental or spiritual game of Twister trying to make it happen. All the while piling guilt upon themselves. Putting up with mind-staggering amounts of abusive behavior from men. The abuse escalates.

Even the ones married to Christians will do the total submission in hopes of changing their man. I believe this is one of the biggest driving forces behind women dragging their families into Quiverfull cults. Imperfect marriage? Instead of attempting to go to marriage counseling, talking to your spouse, or just about anything else they go into the submit and pray mode. Sometimes with awful consequences.

I’ve removed the lady’s name and photograph because I have no wish to add to what must be monumental amounts of stress. 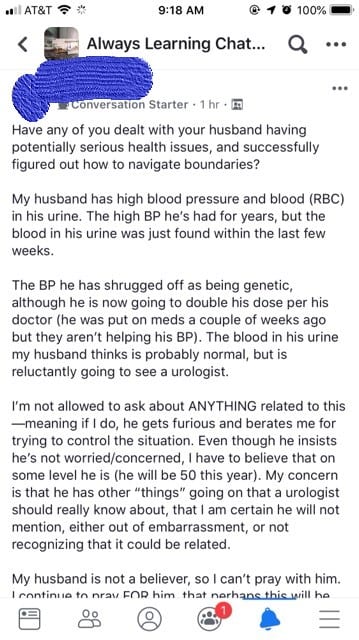 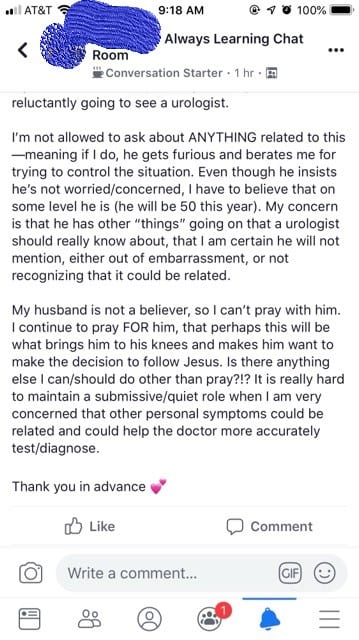 I hope this guy has his life insurance paid up because this sounds like it’s not going to have a very good outcome.

The friend that sent this to me said that it’s a sad day when you cannot share your cares and concerns with your husband. I would say also it’s a sad day when you’re not allowed to express any concern for his health either. Part of being married, believers or not, is sharing burdens and concerns, leaning on each other to get through medical crisis.

Blood in the urine and years of high blood pressure is a crisis, make no mistake! Likely if he had treated it earlier it would not be a crisis now. But we all know how in Quiverfull people avoid the doctor like a plague carrier, and only go when something is a crisis. Like Ken Alexander ignoring his Lyme rash and weeks of symptoms to develop Lyme related heart arrhythmia.

You know, there are times when being the quiet submissive wife just does more harm than good. This is one of those times. So many worrying things here, starting with the fact that he’s clearly been ignoring health issues for a long time, to her not even being allowed to know about this.

There are times for you to barge in and say, “No! You’re not hiding this. We’re going to the doctor together and you are getting treatment!” You go with him, you keep him honest from downplaying the symptoms. You barge in to save his life.

I’ve done it. My husband has one kidney, started urinating blood. I fought him like a wildcat over getting immediately to his specialist and having a very painful test run to make sure it was not a return of cancer. He wanted to ignore it, and soldier on, which is another toxic thing our society teaches men. To be stoic, not go to the doctor, suffer in silence. I was not having it. We went, cancer was ruled out and the original problem fixed.

A few people have suggested Lori Alexander like solutions involving diet. Diet is important, but in this situation it’s like offering a used bandaid to a fresh rattlesnake victim. 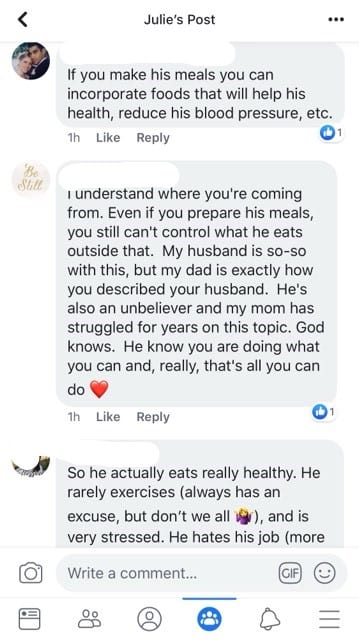 No, this is stand up to him territory. Unless you want to bury him. Please do not check your common sense for the sake of submission.  You hold the power to make a difference in a situation like this!

This is why I like to call The Transformed Wife’s chatroom a roach nest. They give out bad advice, bad medical advice, and lead people to do dangerous things. 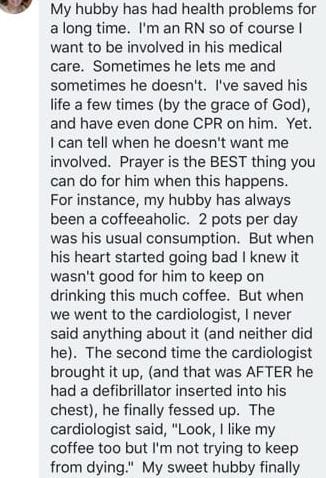 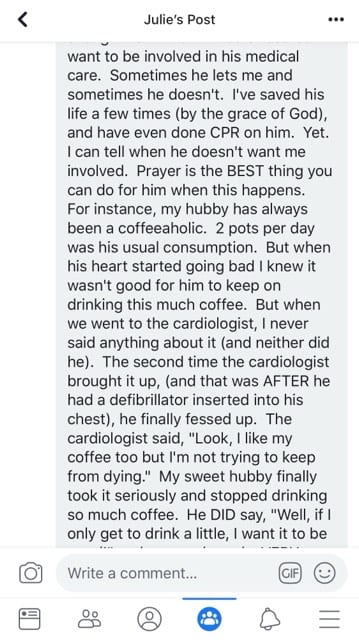 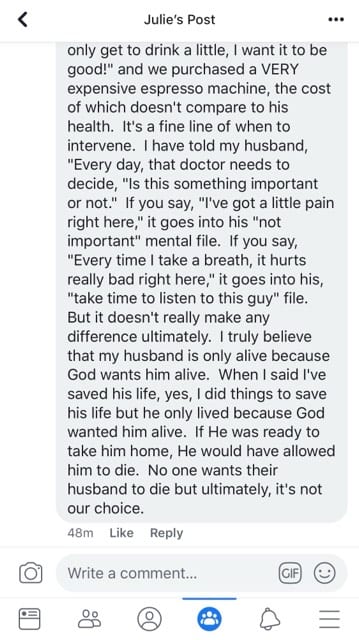 It might not be your choice for your husband to die, but you are clearly speeding things along by being oh so submissive.

Lori Alexander talked in her book “The Power of the Transformed Wife” about husbands dying from their own poor health choices, trying to say as a submissive woman you can have no say in this. But that’s a load of you know what. Help if you can!