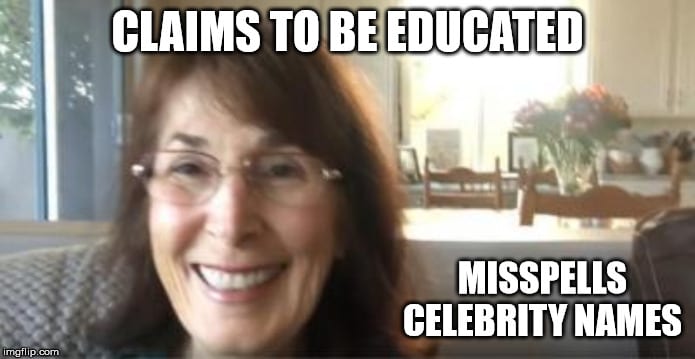 There is something downright comical about the postings of Lori Alexander of The Transformed Wife. When Lori gets something wrong she really and truly gets it so very wrong. I’m not just talking about her happiness that Kanye West talked to Kim Kardashian about her immodest dress either! Today I saw this on Lori’s Facebook page. Lori watched Fox News last night and believes the spin on Megyn Kelly being first and foremost a stay at home mom. In Lori Alexander’s mind Megyn Kelly is a motherhood role model instead of a washed up pundit.

This is apparently what Megyn is now claiming. Lori believed every word and put together something to promote Lori’s little agenda. But this is why fact checking and spell checking matter: 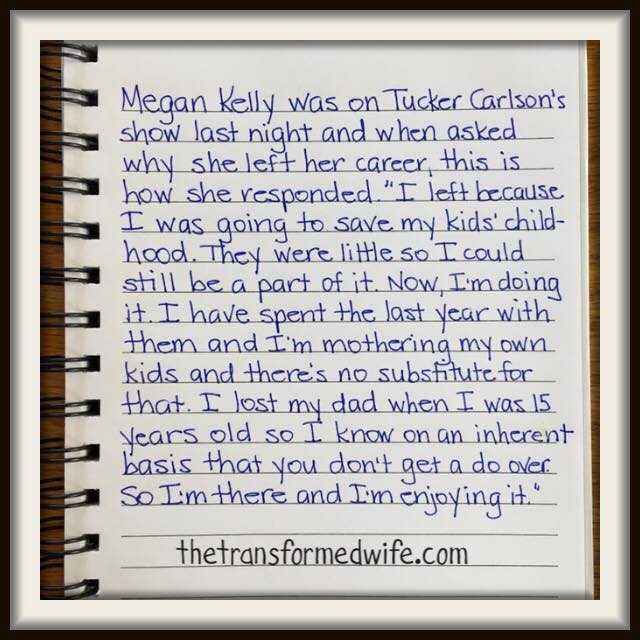 She, for me, was the face of what I have called at times “Bimbo Mountain” at Fox News, a pile of pretty, but generic blondes who can read the teleprompter, but offer nothing different, original or smart. Female Ron Burgandys from the satirical movie “Anchorman”

But they are hardly alone, none of the guys at Fox News, save Shepard Smith, seem very intellectual either! I saw a recent Tucker Carlson broadcast where he was ranting about the adulterated Guaro alcohol problem here, and he described Costa Rica as a dirty little island. Fit the suit, read the teleprompter with the right amount of outrage.

Funny, I think Nicaragua to the north, and Panama to the south would be very surprised to see someone with that much media power think that they are not attached to Costa Rica.

Back to Megyn. She was the talk show host that interviewed the Duggar family back when it came out that Josh had molested his sisters and another unrelated girl. Her interview of the Duggars was exactly what I expected, nothing but sweet softball questions lobbed at Jim Bob and Michelle Duggar. Questions that the answers to were later exposed as a pack of lies. She allowed the Duggars to push their fake narrative to the world.

That, and other interviews along with her feud with President Donald Trump pushed her into a heightened visibility. Yet she said de nada about being home with her kids or anything else that Lori is promoting here. Kelly says she’ll be back on air before the end of 2019. That sure does not sound like a stay at home momma Lori-style.

This is just what people say to try and make a firing seem like it was their idea and they are benefiting from it. But the truth does not matter to Lori, merely whatever she can use to prop up her antique theology.