When Quiverfull and Celebrity Worship Collide

Yesterday was the public memorial service for basketball great Kobe Bryant and his teenage daughter Gianna. It was held at the Staples Center, in downtown Los Angeles, the same venue that Kobe played at with the Los Angeles Lakers many times. His wife Vanessa hosted an array of fans and other celebrities on his public send off.

I personally did not watch, but I’m not a basketball fan. When something happens like Byrant’s passing I’ll think, “How sad for his family and fans.” and move on along. I’m always sad for those left behind to deal with the aftermath.

Then I look to see what all our most awful Quiverfull Cultural Enforcers are saying and doing over the tragedy. Lori Alexander of The Transformed Wife can always be counted on to say something merciless and truly awful, like she did when the tragedy first took place. Lori blamed Vanessa for allowing them to travel by helicopter, and for not promoting Gianna staying home instead of playing basketball.

Yesterday’s service brought out the usual bunch. Jinger Duggar Vuolo posted about it of course because she and her husband Jeremy seem to be all about Los Angeles celebrity culture since moving to the City of Angels. 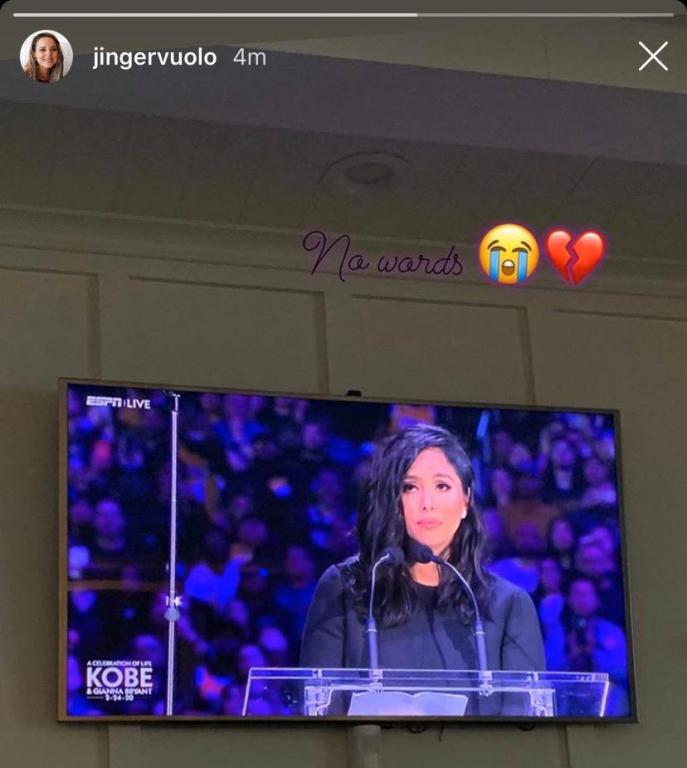 They are rapidly morphing into the couple that will go to the opening of an envelope. They’ve been all over Kanye West and his new religious direction.

And then you have Lori Alexander, mean girl extraordinaire. 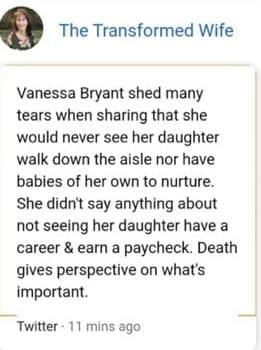 Lori said quite a few more things not so nice about the Bryants, which was sort of comical. These aren’t people she knows personally, and she has exactly zero alignment with anything they do.

Commenters took exception with much of what she said, and before long Lori was forced to retract, or else Twitter and/or Facebook removed her words.

Why do Quiverfull enforcers feel the need to shoehorn themselves into celebrities lives and into a culture they abhor, but watch obsessively?

Today Lori is busy standing up for the President’s wife, Melania Trump, who can best be described as seeming like a hostage to fortune. Notice that today Lori says we should not judge. 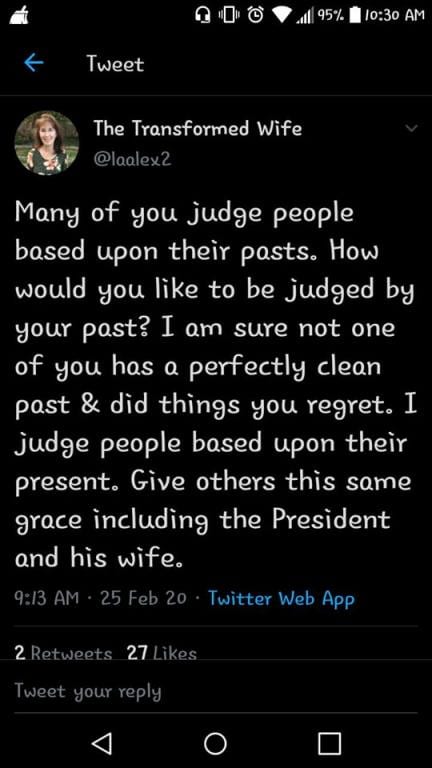 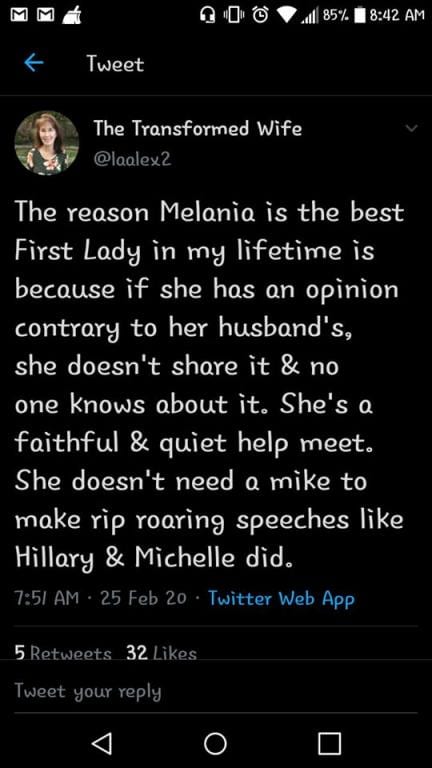 I have nothing against Melania, or for her, but find Lori’s sudden defense or her confusing. Are we to judge, not judge, what’s going on here? I did see the coverage of the President and his wife in India and I have to say whoever her dresser and stylist are they should be fired. Melania looks like a sofa the way they dressed her.

For giggles Lori just discovered that singer Justin Bieber is a Christian. I guess eventually the news finally gets around a good five years after he joined Hillsong. I also guess she does not know that Justin’s latest single “Yummy” is all about that thing she hates and thinks is non-Christian – oral sex. And it’s not even the first song Bieber has done about this subject. 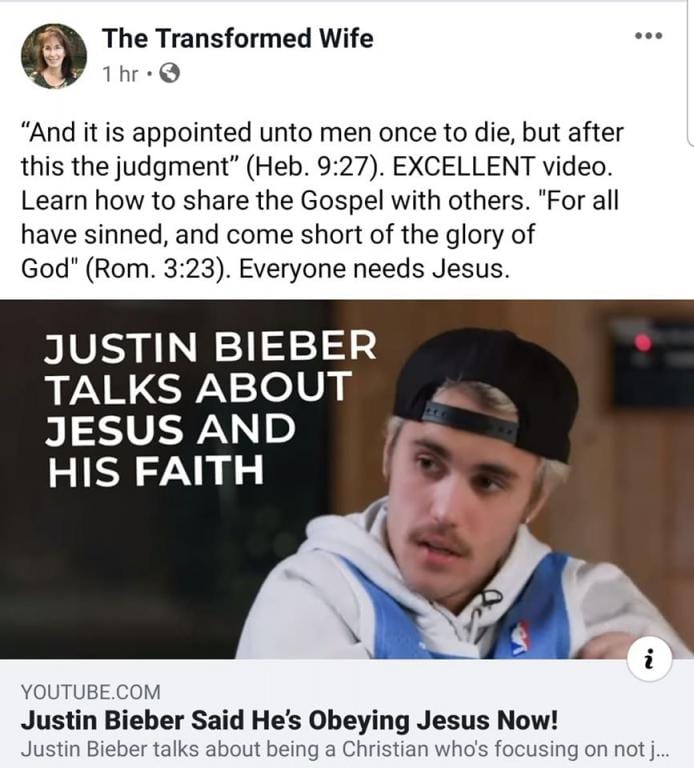 I guess now we’ll have to listen to her carry on about the wonders of Justin Bieber instead of Kanye West. Kanye is having his own issues right about now with his “church services”