The unHoly Marriage of Trump and Evangelicals in the Time of Black Lives Matter June 25, 2020 Suzanne Titkemeyer

We’ve spoken before here about the confusing mess that is President Donald Trump and the Evangelical / Fundamentalist / Quiverfull love festival. I think about it a lot, pondering how someone who violates everything that religious people claim to hold dear can enjoy such support.

It’s a complex brew, one that seems particularly centered around Christian self-martyrdom, a desire for revenge and fear. It’s only a slightly different brew that has gotten us some of the worse dictators in the world, like Adolf Hitler. This is why I keep bringing it up here. I think the nation as a whole is trembling on some sort of troubling brink because of the mass unthinking adulation by the religious right.

Take the Pearls, Michael and Debi, for example and their adult child Shoshanna Pearl Easling. Last night she posted a long screed that seems to sum up everything, that those in their religion thinks about the political climate, and it is frightening. 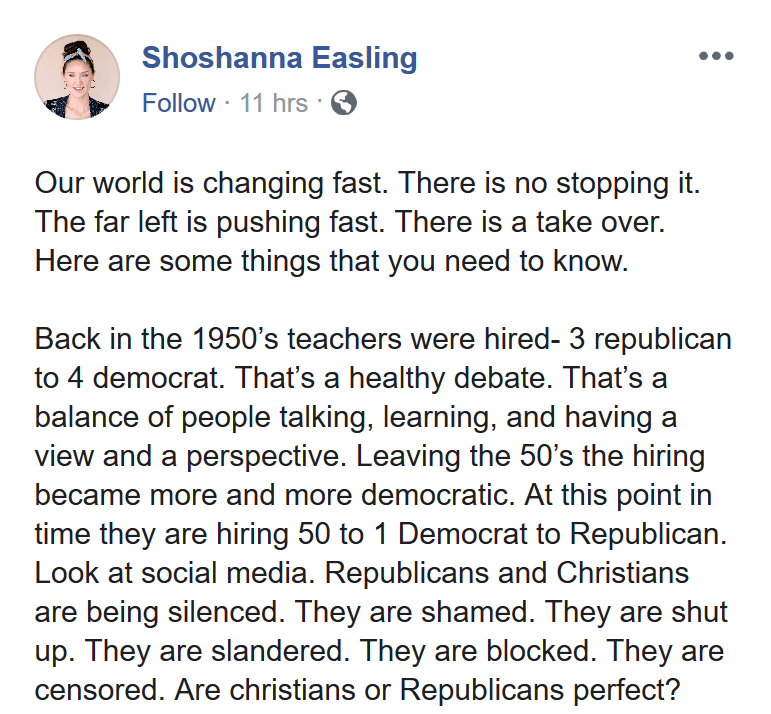 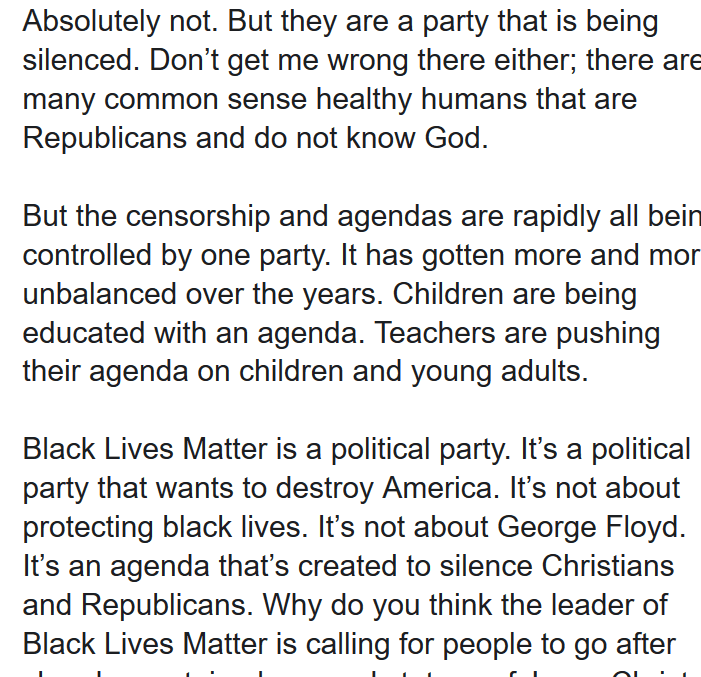 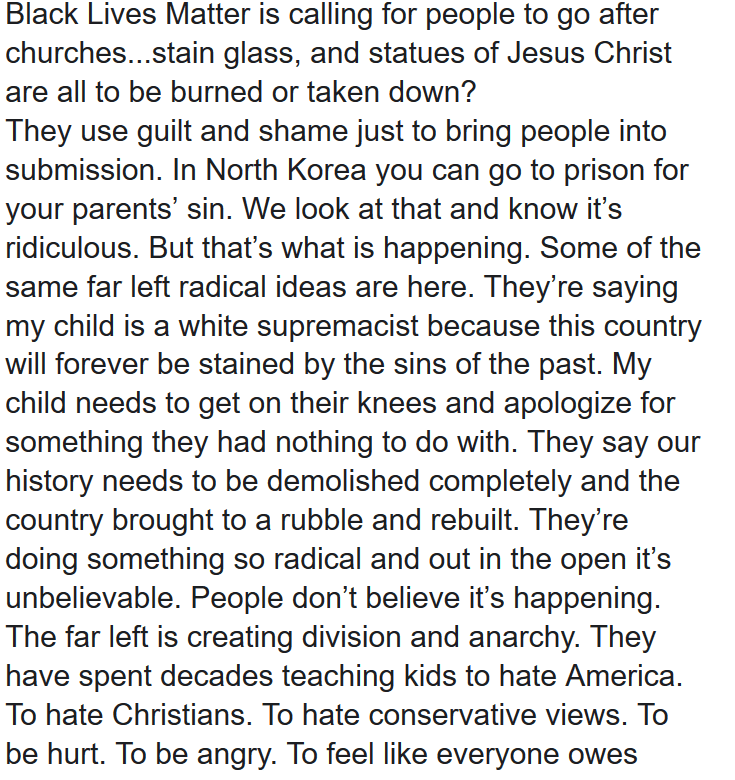 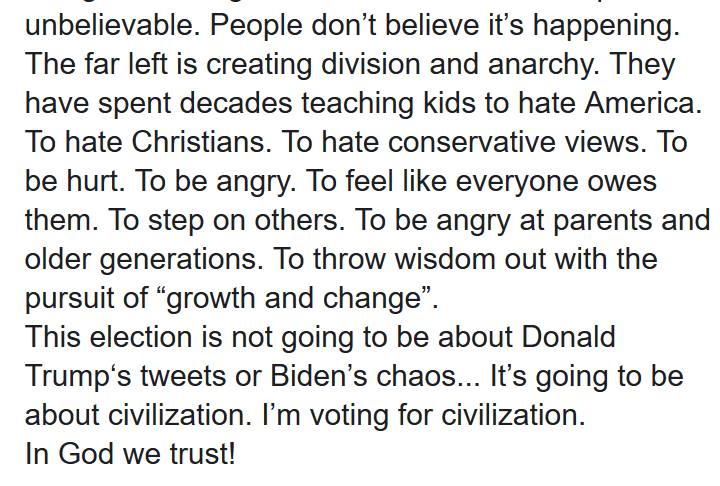 No, Shoshanna, it’s not about ‘civilization’, it’s about people wanting the right to live, work, love, and the pursuit of happiness WITHOUT the fear of being targeted by law enforcement or anyone else. To live, bbq and birdwatch without the outraged outrageous whites around them calling the cops for very normal behaviors.

The very way Shoshanna is using the word ‘civilization’ here makes it seem like a code word for the same type of systemic racism that has been pervasive for many years now. Which is still a huge problem in a church that is centered around worship of a brown Middle Eastern Jew.

But if Tuesday elections are anything to go by we’re in a season of change here. Progressives won, and won big. It has nothing to do with religion, and everything to do for justice for all of us. That can only be a good thing. Even if they cannot see it. 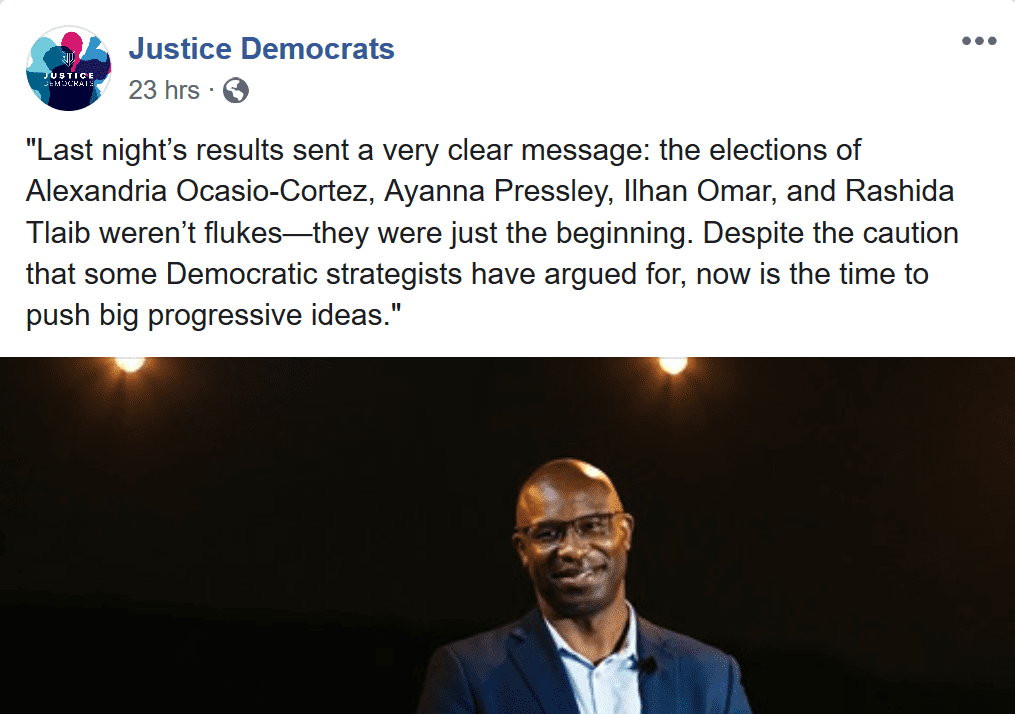 In other Quiverfull Racist News it seems that Lori Alexander of The Transformed Wife has joined another social media platform. She’s joined something called “Parler” and it seems to be a cesspool filled with Trump supporters and white supremacists. It has a reputation for being another roach nest of bad ideas that has no banning for morally reprehensible ideas. 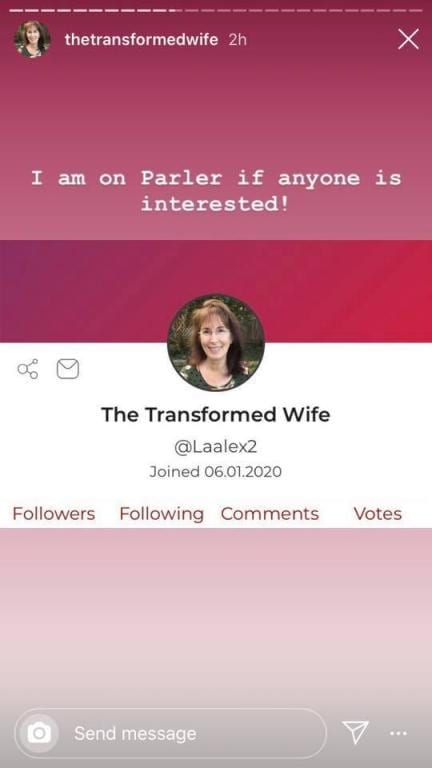 Wiki said this about it. People who have infiltrated the place called it ‘the world’s biggest circle jerk..’ I’m not joining, not even for the fun of seeing Lori and others make super racist statements. I just do not have time for another social media platform. 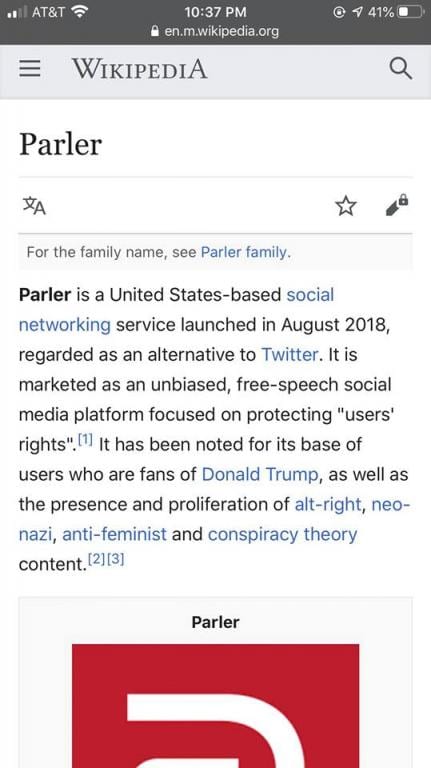 Lori never met a Nazi, a KKK member or a wife beater she didn’t love and defend. Perfect place for her. The more exposure of what Lori’s core beliefs are, the more people will fall away, and the more influence she’ll lose. She’ll become so irrelevant that it will be ‘Lori who?’

The sad thing is that Lori, Shoshanna and others will say that they are being abused, when they are not. It’s their racist beliefs, that harm others, that are being considered unacceptable by a world that sees more every day that we are all the same no matter what the color of our skin, who we love, how we vote, what deity or lack of deity we follow. You know, all those things basically guaranteed under the Constitution as our rights as Americans.

June 26, 2020 The Cake of 'Sinful Autonomy' that Voddie Baucham Eats Anyway
Recent Comments
0 | Leave a Comment
"This is late, partly bc of my preoccupation and partly bc I'd been slowly reading ..."
Jennifer Serena’s Serenity – Luxury Hotel, Birthing ..."
"Thank you for your commitment to truth and love, Suzanne. Best wishes to you and ..."
Meredith Anne Not a Goodbye, More of a ..."
"For your sake, I am so glad you will no longer be editing and managing ..."
Lana Not a Goodbye, More of a ..."
"For what it's worth, I've learned a lot from you about a Very Creepy movement ..."
Gwen Pryce Not a Goodbye, More of a ..."
Browse Our Archives
get the latest from
Nonreligious
Sign up for our newsletter
POPULAR AT PATHEOS Nonreligious
1