Derick Dillard – Saint, Sinner. or Someone In between?

Derick Dillard – Saint, Sinner. or Someone In between? July 11, 2020 Suzanne Titkemeyer

With school officially out and this lurking pandemic keeping many folks at home you can count on one thing. Derick Dillard, husband of Jill Duggar Dillard and law school student with have enough down time to take to the interwebs to say various things about his father in law.

Every single time there is a school break we get various silly sounding pronouncements from him on social media. The entire tabloid press collectively loses its mind and all sorts of speculation happens. Derick’s utterances are treated like God yelling down to Moses the Ten Commandments.  Instead of what they really sound like, something you’d rant about on the Facebook group “Can’t Pick Your In Laws” Not that it’s wrong, no, everyone is entitled to their opinions but a lot of it sounds like venting from here.

Derick’s latest is that Jim Bob Duggar has spent the last year trying to pressure him into signing retroactively a non-disclosure agreement. He’d complained yet again that this is all about the money with Jim Bob, that they were threatened with a law suit for leaving filming “Counting On”, and that they were ‘humiliated.’   In another chat he seemed to say that he and Jill would be open to having their own show, even after having said this:

“[TLC] canceled [19 Kids and Counting] to be politically correct, but then brought it back ‘cause the money was too good,” he claimed. “We have to break this culture that cares more about money and ratings than protecting the most vulnerable. [Jeffrey] Epstein already showed us that, if you have enough money, power and influence, you can get away with anything. Sadly, it doesn’t stop with him.”

In many of the Facebook snark groups this week I’m seeing conversations going on about Derick. People are starting to discuss the evolution in Derick’s public image and if it’s the right view. While it’s good to see someone take a stand against what we always suspected was going on, control freaking patriarch Jim Bob Duggar, is he really the person to do that?

Derick keeps speaking about the tell all book he says he is going to write, but I don’t see that happening, for a variety of reasons. Mostly because it’s one thing to say you’re going to write a book, it’s another thing entirely to actually take that step. You have to be committed to months on end of daily writing time. It’s not a quick thing, it takes intentionality. I don’t see Derick who seems to change with the wind on direction and career paths, being able to sustain the effort unless he brings in a ghostwriter.

On the negative side: Has Derick ever genuinely completely anything beyond his college degree? He’s left his missionary post in El Salvador suddenly. We’ve watched him cycle through different things on the show. Sometimes he seems like the typical sheltered man child “I don’t know what I want to be when I grow up!”

Then there’s the thing that TLC has hinted, that they ended his participation on “Counting On”, all the ugly things Derick has said to and about Jazz Jennings. Jazz is the star of another TLC show, “I Am Jazz” about her life as a transgendered teen. He did say some rather trans-phobic things a mere two years ago.

Sometimes Derick comes across as a man mad at Jim Bob Duggar for selling him a pig in a poke. I wonder sometimes if we’re not seeing this because Derick thought by marrying Quiverfull royalty he would be on metaphoric easy street, and could live as a missionary without having to get those pesky accreditation credentials. But I would hate to think he is that petty.

In his credit: He is in law school, and seems poised to finish something for once all the way through. Even if I wonder if the impetus was his hatred for his father in law.

He and Jill are in therapy. He has spoken out about the healing needed for his wife Jill to recover from a horrendous childhood. That can only be good. He obviously loves his wife. Love is a powerful impetus to get things right.

He is speaking out about the toxic nature of Quiverfull via Jill’s family.

What do you think? I think it’s pretty normal to be parts good and parts not so good. He’s human like all of us, working out his own demons and angels like we all are. It will be interesting to see how this all plays out.

Join me at noon mountain time to talk about the role of how online media creates and drives these narratives with very little actual proof. 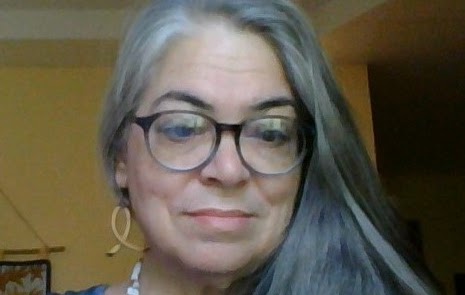 July 12, 2020 Coronavirus Open Thread: Amid Record Infection Rates and Deaths 'Pulpit & Pen' Mock Masking?
Recent Comments
0 | Leave a Comment
"This is late, partly bc of my preoccupation and partly bc I'd been slowly reading ..."
Jennifer Serena’s Serenity – Luxury Hotel, Birthing ..."
"Thank you for your commitment to truth and love, Suzanne. Best wishes to you and ..."
Meredith Anne Not a Goodbye, More of a ..."
"For what it's worth, I've learned a lot from you about a Very Creepy movement ..."
Gwen Pryce Not a Goodbye, More of a ..."
"Unfortunately, this kind of satire (if it even is satire) is what gives Christianity the ..."
Emily Is Biblical Gender Roles a Big ..."
Browse Our Archives
get the latest from
Nonreligious
Sign up for our newsletter
POPULAR AT PATHEOS Nonreligious
1