Did Father Frank use a dead body or a crafty image of one? Priests for Life responds.

Update – 7 November, 2016 at 16:02 pacific time: A second video with the body of a child used as a prop has been uploaded by Father Frank Pavone onto Youtube. Click here for more. 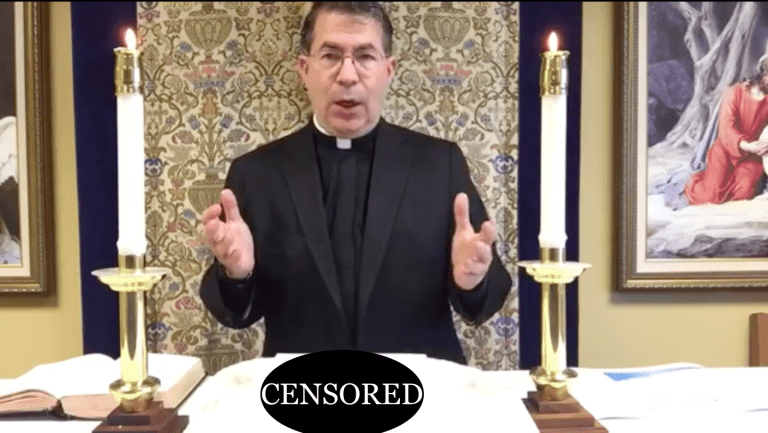 I asked Priests for Life today:

Could you clarify as to whether Father Frank had the actual remains of a child on the altar in yesterday’s video or if it was an image/picture?

A representative of Priests for Life responded:

I asked for greater clarity:

Do you know if the video contains actual human remains or an image of human remains? Even in HD it was difficult to be sure simply by watching the video.

The same representative of Priests for Life responded with:

Are we to believe that Father Frank Pavone of Priests for Life would use the physical remains of a child in his Facebook Live video?

Since I couldn’t get very far with Priests for Life, here are some lines from the video for your consideration:

In the beginning of the video, we hear Father Frank say, Here before me lies a baby, killed by abortion in the second trimester of pregnancy… A baby whose body was entrusted to us for burial. This baby rests in a nearby memorial chapel. But today we are going to pray with this baby, and we’re going to let this baby’s body bear witness to our nation as we begin the process to elect our next president…”. Father also referred to, “The testimony of the life of this child” while pointing to (the image of) the child. In another area of the video, he said, “I am showing you this baby here today.”

Towards the end of the video, Father Frank prays, “Lord, give rest to this child and we commend him to your hands …
…Children like this…” pointing to (the image of) the child, again.

If this is all we have to go off of, that is, given what Father Frank says in the video and what Priests for Life’s representative commented, then I suppose we are asked to believe that Father Frank may have the physical remains of a child on an altar in front of him. I hope that this is not true.

In our previous post, we called this the “Father Frank, Live!” show. We also asked you to watch the last minute of the episode.

Towards the very end of the episode, the commodification of human life is on full display:

“God bless you friends. We’ll speak to you tomorrow. I’ll be delivering a Facebook Live homily at 915 AM tomorrow, the last full day before election day… Please join me again [for another episode of “Father Frank, Live!”], get as many others to do so as you can. God bless you. Thanks for all you do [and for your money]. Go out there and get more votes [for Donald Trump]. God bless.” Exit stage right. Leave dead body on [stage] altar. End scene.

Read the full story leading up to this here.

Our future use of the image will remain censored. We’ll update everyone as we learn more. We are still waiting to hear from the Diocese of Amarillo, the USCCB, and the Pontifical Academy for Life. 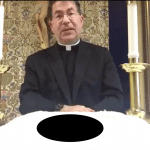