Victory or deceit: Father Frank Pavone Removes 1 of 2 Videos of Dead Baby on Altar for Trump – also removed his ‘apology’ video. Update: All videos have been removed!

Update 13 November 2016, 13:50 pacific time: Father Frank Pavone’s second video that was posted on YouTube is no longer available. This is good news! Unfortunately, we are yet to learn whether the videos are archived for review by the proper authorities, nor do we know the exact reason for the disappearance of all three videos. Also, the screen shots of Father Pavone’s first video and a link to it remain on the social media posts mentioned in this post.

Note – see our recent coverage on this matter starting with the most recent post:

– Fr. Frank Pavone: Thank me, for “today is a great day for America and the Church”; Rebukes Bishop. (Statement by Priests for Life)
– Diocese of Amarillo Slams Father Frank Pavone and Priests for Life, Opens Investigation (Statement)
– Father Pavone’s action was so ridiculous, Snopes.com was asked to verify it. Have they stored Baby Choice for years? We believe so.
– In qualified apology, Father Pavone asks us to reach out – we did and didn’t hear back… – Oh, and the videos are still up. Update: the first video and apology have been removed! (Click here for more.)

– Breaking: Fr. Frank Pavone defends sacrilege: “The issue is not how I’m treating a baby.”
– Adoring Trump: Fr. Frank Pavone uploads second video with body used as prop
– Did Father Frank use a dead body or a crafty image of one? Priests for Life responds.
– “Father Frank, Live!” on Facebook: Using the Dead to Elect Trump? Going too far? (Disturbing images; Update on body, Priests for Life.)

As of 12 November 2016 at 9:15pm, it appears Father Frank Pavone has removed the controversial facebook video that appears on his 6 November segment of “Father Frank, Live!”, wherein the bodily remains of a child were exploited and dignity offended while desecrating an altar in honor of promoting a greater turnout for Donald Trump in the U.S. Presidential Elections. Two problems remain: he also removed his apology video but has removed a similar offensive video from youtube.

(Update 13 November 2016, 13:50 pacific time: Father Frank Pavone’s second video that was posted on YouTube is no longer available. This is good news! Unfortunately, we are yet to learn whether the videos are archived for review by the proper authorities, nor do we know the exact reason for the disappearance of all three videos. Also, the screen shots of Father Pavone’s first video and a link to it remain on the social media posts mentioned in this post.)

The link to the video is here and users will find the image above instead of the actual offensive video. (I hope I’m not wrong and if so, please let me know! Viewers beware: Numerous offensive videos may be found on Father Pavone’s website and social media pages.)

Is this a victory or is this deceit?

We had come to understand that Father Pavone was instructed to remove the Facebook video by the diocese where he has faculties, the Diocese of Amarillo. However, we had not seen Father Pavone remove the video immediately after being instructed to do so – in fact, Father Pavone gave a ‘sorry, not sorry‘ and would not accept criticism of his approach, even after claiming to be open to people’s concerns. (At the time, the videos were still online.)

Additionally, Father Pavone told CNS on 8 November that he was not concerned about what the Diocese of Amarillo had to say on the videos.  (We later learned that the Bishop of Amarillo would come to slam Father Pavone‘s actions in a statement released on the same day.)

Moreover, after Father Pavone’s preferred candidate for president won the November 8 election, the Priests for Life National Director celebrated the victory for pro-life causes throughout the nation – however immature if not foolish that may have been.

Is this a victory, or is this deceit?

As we have learned, some have taken their concerns to Bishop Zurek of Amarillo, the US Conference of Catholic Bishops, and the Congregation for the Doctrine of the Faith. If further investigation is necessary, the video may be useful for review. (If you are looking, or have access to the video in question, please contact us; update 13 Nov., 20:45 pacific time: please contact us if you are looking for or have access to either or all of the three videos.)

Some who have been following the development of Father Pavone’s exploitation and desecration in honor of Trump have shared with us that the video was most likely removed the night of 11 November. Maybe Father Frank Pavone deleted the video after noticing – why it took so long, we don’t know – that some have suggested the possibility of Father Frank Pavone of Priests for Life storing, preserving the bodies of children in formaldehyde to perpetually commodify for their political propaganda, and it seems the video may have been removed after this. As we’ve mentioned, we have not heard back from Priests for Life on our request for comment tied to this particular concern.

What about the Youtube video, Father? Whether or not you removed your Facebook video of “Father Frank, Live!”, the episode from 6 November 2016, where you exploit a child’s body, offend the child’s dignity, and desecrate an altar, won’t you consider removing the Youtube video, as well? If you do, will you apologize and make a statement making us aware that you removed it – as well as secure copies of it for the authorities who might need to review it?

While we are on the topic of apologies, why did you remove your half-apology video? Are you in the process of writing the script to a new apology video that is without qualifications?

This may be a victory or it may be an act of deceit – regardless, there was one victory today on this offense, and that was the statement made by the president of Priests for Life in Canada rebuking Father Pavone’s actions.

On their Facebook page on the morning of 12 November, Priests for Life said:

In recent days, social media has been abuzz regarding a video posted by Fr. Frank Pavone, head of Priests for Life (U.S.A.), in which the body of an aborted child was openly displayed on an altar. Many were rightly disturbed, shocked and horrified by such an action. While Priests for Life Canada would certainly concur with the need for the public to be aware of the stark reality of abortion, we are deeply disturbed by such actions.

First, a child is due the same respect given through adult funeral rites which honour the dignity of the human person and respect for the body of the dead. Catholic funerals do not display the body as an exhibit. Even at wakes, it is rare that a body that had suffered violence would be displayed. This is to avoid reactions of shock or even disgust and would detract from the teachings of the Church to treat the body with respect. Funerals should not be used for sensation but to pray for those affected by the death.

Second, it is never allowed that we alter the rite of a Catholic funeral by having the body of the deceased on the altar during Mass or any at any other time. In our day, with so much confusion regarding funeral rites and the proper respect to be shown to the human body, we need to encourage the same respect for all human bodies, born and unborn.

“Priests for Life Inc. is not a Catholic institution, but a civil organization and is not under the control or supervision of the Diocese of Amarillo. The Diocese of Amarillo deeply regrets the offense and outrage caused by the video for the faithful and the
community at large. The action and presentation of Father Pavone in this video is not consistent with the beliefs of the Catholic Church.”

Priests for Life Canada supports the investigation around the release of this video that is now being undertaken by the Diocese of Amarillo. We continue to pray for all of the good work done by Priests for Life (U.S.A.)

We look forward to learning more and sharing additional updates as we have them.

(Update – 13 November 2016 at 20:47 pacific time: Note that we have not heard from Priests for Life, the Diocese of Amarillo, the USCCB, or the Congregation for the Doctrine of the Faith; all three mentioned videos have been removed without full explanation nor a replacement apology; all of the social media posts that link to the now removed video remain online.) 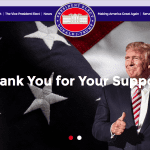 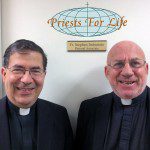