Science for the Church? Greg Cootsona

Science for the Church: A Dialogue between Gregory Cootsona and Ted Peters [Click here]

Science for the Church! This is what Dr. Gregory Cootsona prescribes.

So, what’s the disease that requires this therapy? Public theologian Noreen Herzfeld (Herzfeld, 2017) tells us frankly in the blog post, “The Public Theology of Noreen Herzfeld.”

“We in America live in a culture that has suffered from a perceived disconnect between faith and science.  This disconnect between science and religion has played a part in the tragic denial of climate change and vaccine technology by large segments of the evangelical community.”

How can we reconnect what has been disconnected? By asking our public theologians along with our working preachers to develop a Theology of Nature that incorporates the best scientific knowledge of our era.[1] We need to think of science for the church. [2]

Whether at the pulpit or online, today’s pastor speaks to and for a public wider than the church alone. “By public life,” writes Princeton’s William Storrar, “I mean that common life which we share with all people in society, where we meet in public places, events, forums and forms of association” (Storrar, 2011, p. 28). Do the natural sciences belong to this wider public? You betcha.

We all share the natural world. We all share the knowledge and benefits of science and technology. For the pastor to share the gospel in public requires incorporation of scientific knowledge as well as caution regarding overextending what this knowledge means. In this wider public context, faith’s advocates must “combine respect for scientific research with caution in regard to its application,” Paul Scherz reminds us (Scherz, 2018, p. 1049)

The Rev. Dr. Mr. Gregory Cootsona is a Presbyterian pastor who teaches Humanities, Religion, Philosophy, and Sociology at California State University, Chico. Greg is equally at home in the pulpit, behind the lectern, at the seminar table, or online.

Along with Drew Rich Miller, Greg is Co-Director of Science for the Church. This project brings science to Christian congregations as a resource for spiritual growth.

In the past Greg has also directed projects funded by grants from the John Templeton Foundation, the American Academy of Religion, the Louisville Institute, and the Lilly Endowment. His most recent project, STEAM (Science and Theology for Emerging Adult Ministries) offered resources for leaders of emerging adult ministries on how to engage Christian faith with mainstream science. He directed Science for Students and Emerging, Young Adults, a project, funded by the John Templeton Foundation grant, which studies 18-30 year olds’ attitudes on faith and science and how these attitudes are formed and change.

Science for the Church in Crisis

Our Christian churches today face a crisis. Other religious traditions face this crisis as well. It’s a crisis of credibility. No longer can religion claim credibility in wider society for integrity or even morality. One reason is clear: it is widely believed that religion is anti-science. Whether this reputation is true or false matters little. That’s the reputation that precipitates the crisis.

In order to tackle this credibility problem, Gregory Cootsona returns to a mid-twentieth century thinker, C.S. Lewis. Might Lewis be able to help us today? Yes, surmises Cootsona.

“His [C.S. Lewis] apologetics have helped many and can be grouped as follows: the crisis of materialism, the argument with the most contemporary resonance that naturalism is self-defeating; the crisis of meaninglessness, his case that we sense there is something more than the things of this world; and finally, the crisis of anomie, the argument that natural law implies God as the lawgiver.” (Cootsona, C S Lewis and the Crisis of a Christian, 2014, p.11).

In serving up science for the church, Cootsona goes to the pantry and draws out a large portion of C.S. Lewis. He garnishes Lewis lugubriously with more recent scholars in the field of Theology and Science such as Ian Barbour and Robert John Russell.

Science for the Church: a Theology of Nature 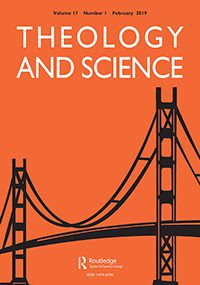 As we cultivate science for the church, let’s avoid confusing natural theology with a theology of nature. When we think about science for the church, it is the latter that we advise. By no means should the preacher substitute a lab report for the Bible. Rather, nature’s interpretation through microscopes and telescopes requires a secondary interpretation by the pastor or preacher. That additional layer of interpretation comes from looking through the lens of special revelation. Oxford’s Celia Deane-Drummond makes this point with force. “A theology of nature is appropriate as long as it is suitably qualified by proper attention to revealed theology” (Deane-Drummond, 2009, p. xvi).

Science for the Church: Intelligibility, Coherence, and Consonance

Science for the church borders on apologetics, but does not necessarily cross over that border. Developing a theology of nature belongs inherently to faith seeking understanding, fides quaerens intellectum. Because scientific reasoning is also public reasoning, seeking understanding automatically makes theological reasoning public reasoning. It places systematic theology into conversation with disciplines outside of theology. This allows–but does not require–apologetic theology.

Evangelical systematician Roger Olson reminds us of the limits to apologetics.

“The problem with Christian apologetics is that, too often, anyway, it claims to accomplish too much. I do not think even the best argument can persuade a reluctant person to embrace the gospel of Jesus Christ. There is no such thing as “evidence that demands a verdict” or a knock-down, drag-out proof that leaves no room for Kierkegaard’s “leap of faith.”

No matter how eloquent the apologist might be, the leap of faith remains requisite.

Science for the church aims at intelligibility along with credibility, not persuadability. Intelligibility requires internal coherence plus external consonance between theological and scientific claims, to be sure; but persuadability may be more than we can require of the public theologian.

The late John Polkinghorne–a hybrid physicist and theologian–sought the intelligibility of Christian claims and affirmed consonance between theological and scientific claims.

“Science raises questions of intelligibility…Theism provides a coherent response, as well as furnishing a foundation for the human encounter with value. Evolutionary insight affords some insight in relation to problems of physical evil, but eventual cosmic futility can only find an answer in the faithfulness of a Creator whose purposes are not frustrated by death.”

If this were to be persuasive, then that would be an added extra. In the meantime, intelligibility through consonance will suffice.

Science for the Church: A Dialogue between Gregory Cootsona and Ted Peters [Click here]

[1] Theology of Nature “asks how belief in God based on religious experience and in historical tradition can be related to the scientific understanding of nature today” (Barbour, 2006, p. 114). [2] There are resources as I frequently point out. If you are an evangelical Christian, tether yourself to BioLogos. If you are a Muslim, note how Iranian physicist, Medhi Golshani, collects affirmative testimonies in his series of books, Can Science Dispense with Religion? (Golshani, 2021) If you are Jewish, then visit Sinai and Synapses. If you are a Lutheran, join the Lutheran Alliance for Faith, Science, and Technology and visit monthly Covalence Magazine.

At the AAAS in Washington DC, astronomer Jennifer Wisemen directs DoSER (Dialogue on Science, Ethics, and Religion). (ESSSAT (European Society for the Study of Science and Theology) publishes a fine newsletter. Visit also Greg Cootsona’s blog, Science for the Church, along with reading the Science and Religion Initiative Newsletter. The journal, Zygon, has been a pioneer publication for half a century, drawing scholars from IRAS (Institute for Religion in an Age of Science). For a pirate’s treasure chest of resources both video and written visit Adrian Wyard’s website, Counterbalance.

The Clergy Letter Project under the leadership of Michael Zimmerman focuses on the evolution controversy and the ecological crisis. At Cambridge University, Denis Alexander leads the Faraday Institute for Science and Religion. Are you down under? Then try Australia’s thriving organization, ISCAST (Institute for the Study of Christianity in an Age of Science and Technology).

In Berkeley, I work with physicist-theologian Robert John Russell at the Center for Theology and the Natural Sciences, which is part of the Graduate Theological Union. For two decades we have published a fine scholarly journal, Theology and Science. The science-religion sandbox is filled with lots and lots of toys for our minds to play with.

For levity, sing along with Francis Collins, former director of the U.S. National Institutes of Health, and Paul Vischer, creator of Veggie Tales.

Cootsona, G. (2002). Creation and Last Things at the Intersection of Theology and Science. Geneva: Geneva Press. 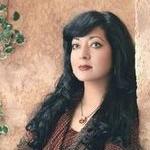 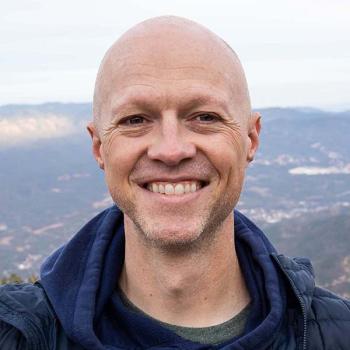 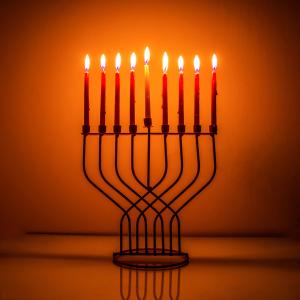 How does Jesus save? Part Six: Happy Exchange
Martin Luther's "Happy Exchange" model of atonement is a distinctive variant of...
view all Progressive Christian blogs
What Are Your Thoughts?leave a comment

3 responses to “Science for the Church? Greg Cootsona”