Beautiful Balance in the Pope’s Final Speech to the Synod

Here are excerpts from the Pope’s final address to the synod with my observations in red.

And it has been “a journey” – and like every journey there were moments of running fast, as if wanting to conquer time and reach the goal as soon as possible; other moments of fatigue, as if wanting to say “enough”; other moments of enthusiasm and ardour. There were moments of profound consolation listening to the testimony of true pastors, who wisely carry in their hearts the joys and the tears of their faithful people. ..And since it is a journey of human beings, with the consolations there were also moments of desolation, of tensions and temptations, of which a few possibilities could be mentioned:

Yes. This shows that the church is alive and not ossified. We can discuss and debate with intelligence and scholarship, passion and compassion. This is what you would expect from a body filled with the fire of the Holy Spirit

– One, a temptation to hostile inflexibility, that is, wanting to close oneself within the written word, (the letter) and not allowing oneself to be surprised by God, by the God of surprises, (the spirit); within the law, within the certitude of what we know and not of what we still need to learn and to achieve. From the time of Christ, it is the temptation of the zealous, of the scrupulous, of the solicitous and of the so-called – today – “traditionalists” and also of the intellectuals. Yay! Absolutely. No room for legalism, Pharisaism and sour judgementalism

– The temptation to a destructive tendency to goodness [it. buonismo], that in the name of a deceptive mercy binds the wounds without first curing them and treating them; that treats the symptoms and not the causes and the roots. It is the temptation of the “do-gooders,” of the fearful, and also of the so-called “progressives and liberals.” Another hooray! The rad trads and rad trendies take a hit. Both have turned Christ’s religion into their ideology.

– The temptation to transform stones into bread to break the long, heavy, and painful fast (cf. Lk 4:1-4); and also to transform the bread into a stone and cast it against the sinners, the weak, and the sick (cf Jn 8:7), that is, to transform it into unbearable burdens (Lk 11:46). I love this. Great analogy!

– The temptation to come down off the Cross, to please the people, and not stay there, in order to fulfil the will of the Father; to bow down to a worldly spirit instead of purifying it and bending it to the Spirit of God. Yep. Fulton Sheen’s warnings of a Christianity without a cross…a liberal, soft religion of pleasing people rather than God.

Personally I would be very worried and saddened if it were not for these temptations and these animated discussions; this movement of the spirits, as St Ignatius called it (Spiritual Exercises, 6), if all were in a state of agreement, or silent in a false and quietist peace. Instead, I have seen and I have heard – with joy and appreciation – speeches and interventions full of faith, of pastoral and doctrinal zeal, of wisdom, of frankness and of courage: and of parresia. And I have felt that what was set before our eyes was the good of the Church, of families, and the “supreme law,” the “good of souls” (cf. Can. 1752). And this always – we have said it here, in the Hall – without ever putting into question the fundamental truths of the Sacrament of marriage: the indissolubility, the unity, the faithfulness, the fruitfulness, that openness to life (cf. Cann. 1055, 1056; and Gaudium et spes, 48).  Thank you Holy Father. This is what we needed to hear–your affirmation of those truths that cannot change while we struggle together to find how to apply them for the cure and not the condemnation of souls. 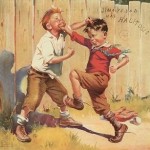 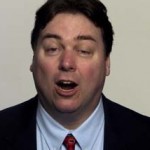 October 19, 2014 Todd Unctuous on the Synod of Bishops
Browse Our Archives
Follow Us!