Wrangling in Rome – What Good is It?

What good has come from all the bishops boxing–all the wrangling in Rome?

Now that the Synod of Bishops has ended with a beautiful, but bland final message from the bishops, Damian Thompson reports on the week’s drama here at the Spectator.

‘Thanks be to God’, as we Catholic children used to say with heartfelt enthusiasm as Mass was over for another week. The most divisive meeting of Catholic bishops since Vatican II has ended – and no real damage has been done. Except, I’m sorry to say, to the reputation of Pope Francis. No real progress has been made, either.

This afternoon the official report of the Synod was released and so far as I can tell it cancelled the ‘earthquake’ implied by the half-way report of the debates on Monday. This called for the ‘gifts and values’ of homosexuals to be recognised and of ‘valuing’ their sexual orientation.

This language has disappeared from today’s report – a ‘working document’ for a fuller Synod next year – whose paragraphs were voted on in sections. In its place are bland assurances that gay people are to be cared for with ‘respect and sensitivity’ and even that did not receive the 2/3 majority it needed to be officially adopted. But the Pope ordered that it be published anyway.

Damian and others are now asking how damaging this whole fiasco will be not only for the liberals but for Pope Francis himself.

What do the bishops and cardinals really think of his leadership? If reports from the synod are to be believed there was genuine outrage amongst many of the synod fathers at what they perceived to be manipulation of the synod. Did they perceive this to be of Pope Francis’ doing or others who  were working behind his back? Was their revolt against those eminence grises or against the Pope?

If they believe Pope Francis and his colleagues are the ones manipulating this process then it is very possible that real seeds of distrust and suspicion have been sown among the leadership of the church. Will the fathers of the synod be able to move through the next year with a spirit of unity and trust or will two camps emerge who are opposed to each other–with both of them scheming and manipulating the media and the committees and personnel involved?

Most important, has Pope Francis spent his reserve funds of goodwill and trust?

It is one thing to be so hugely popular among the people and among the secularists and the non-Catholics, but he can’t take that to the bank when it comes to Vatican politics, church policy and the reform he very much wants to make in the church itself. Continue Reading

October 18, 2014
The "Warm Welcome" I've Received From Catholics
Next Post 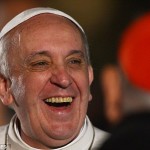 October 18, 2014 Beautiful Balance in the Pope's Final Speech to the Synod
Browse Our Archives
get the latest from
Catholic
Sign up for our newsletter
POPULAR AT PATHEOS Catholic
1

A Treasury of Catholic Nonsense
The other day, someone on Twitter was asking for everyone to tweet...
view all Catholic blogs
Copyright 2008-2021, Patheos. All rights reserved.